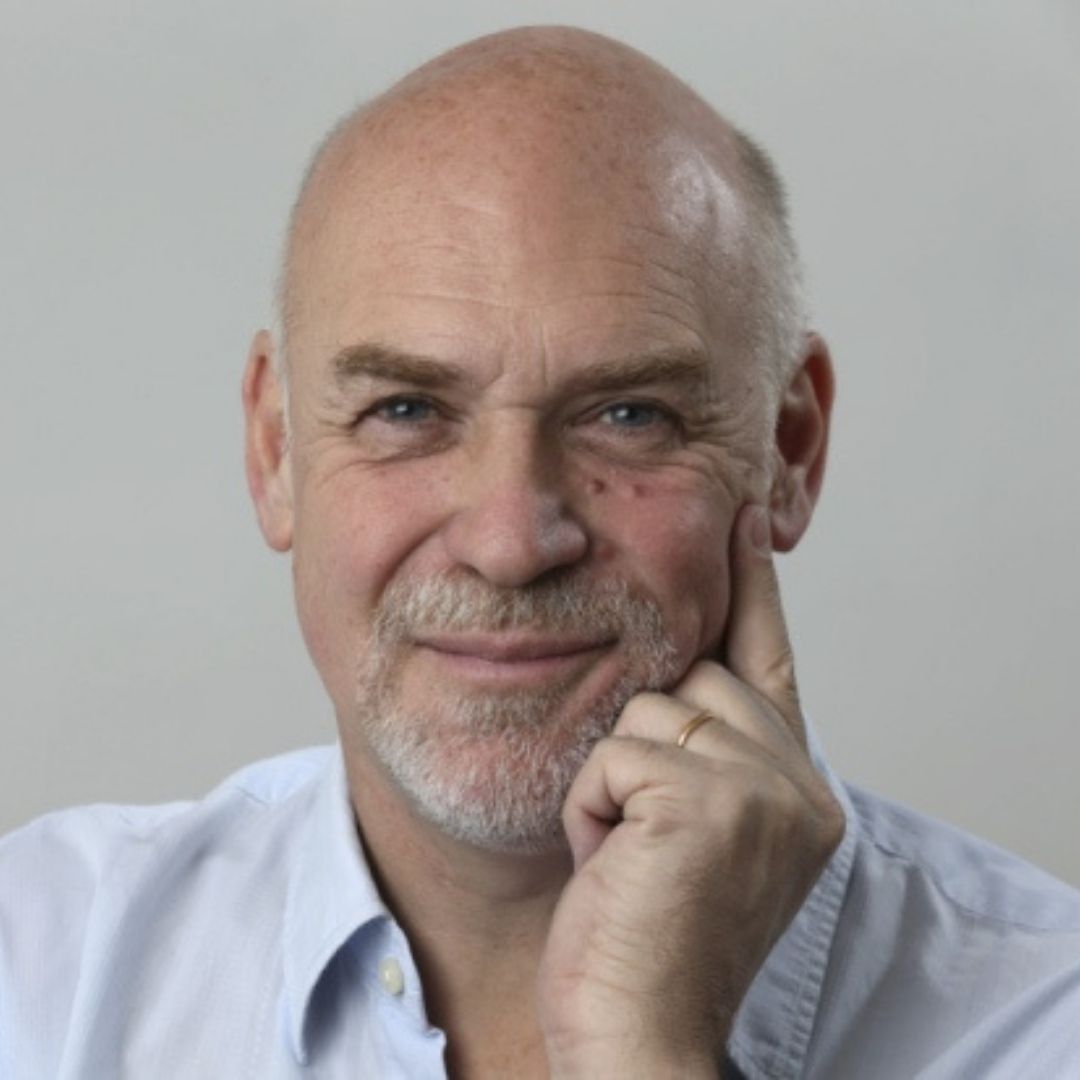 Mark Adams is a film festival consultant and writer/reviewer, having worked with major film publications around the world, including at the position of the Chief Film Critic and Reviews Editor for film trade paper Screen and film critic for The Sunday Mirror in the UK, Variety as UK Film Correspondent, and he was part of the launch team for Moving Pictures International. He has been Director of Cinema at the Institute of Contemporary Arts (ICA) in London and before that Head of Programming at the National Film Theatre in London. In 2015–2019 he was Artistic Director of the Edinburgh International Film Festival. He has programmed for other film festivals around the world and acted as a consultant for various UK-based organizations, such as the British Film Commission and Visit Britain. He has served on juries at many international film festivals – Venice, San Sebastian, Mumbai, Toronto, Tokyo etc – and acted as an industry consultant on pitch projects for markets and festivals such as Qumra in Doha; CONNExT in Ghent and CPH:DOX in Copenhagen. 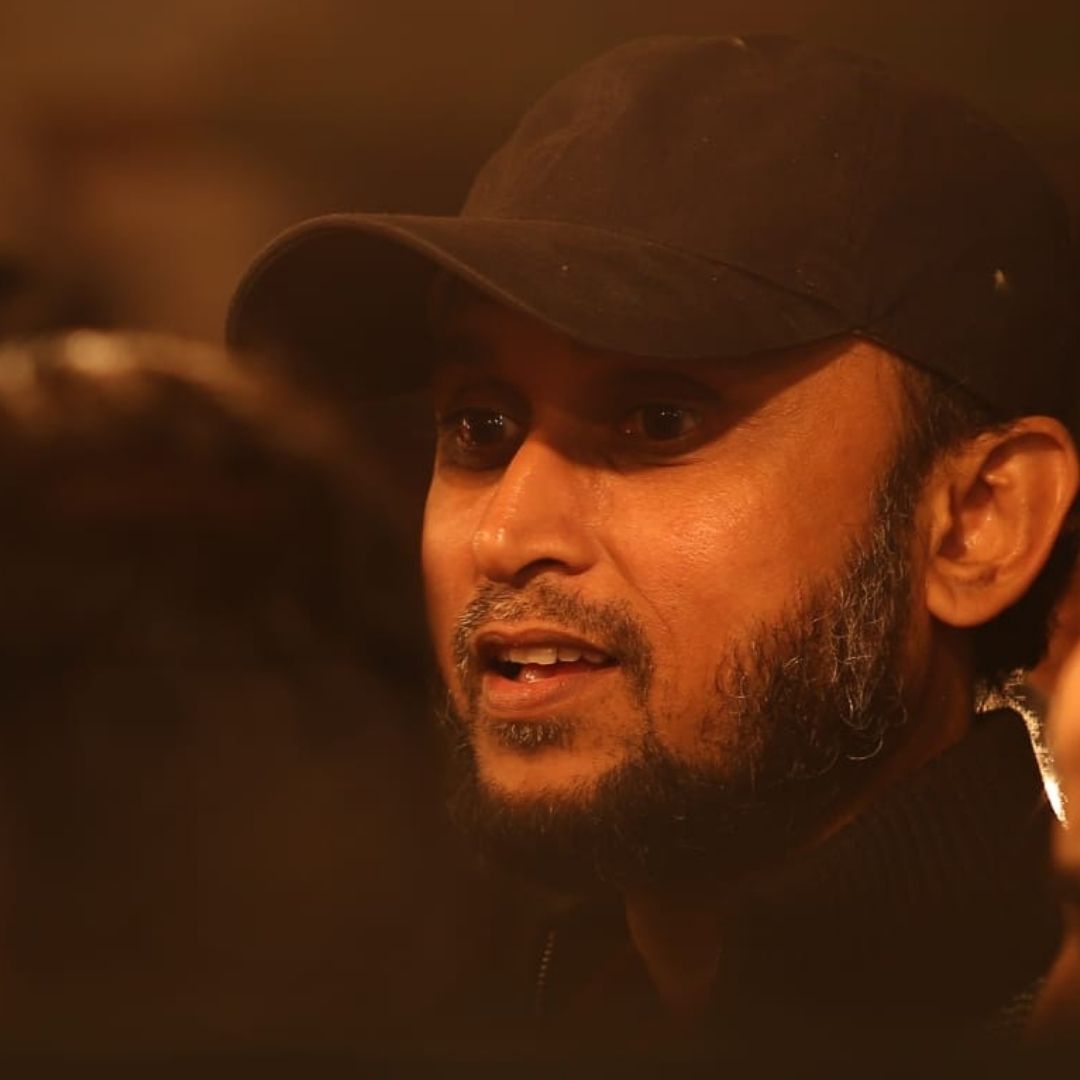 Mostofa Sarwar Farooki is considered to be one of the leading figures of Bangladeshi cinema. He broke into international scene when his film “Television” (2012) was chosen as the closing film of Busan film festival. It then went on to win many awards including Grand Jury prize at the Asia Pacific Screen Awards (APSA). His films have been selected and awarded in many film festivals around the world and have represented Bangladesh at the Oscars three times. He has served on the jury at APSA, Busan International Film Festival, East End Film Festival etc. He is currently working on US indie film “No Land's Man”, his first English language feature co-produced by Oscar winning music composer AR Rahman. 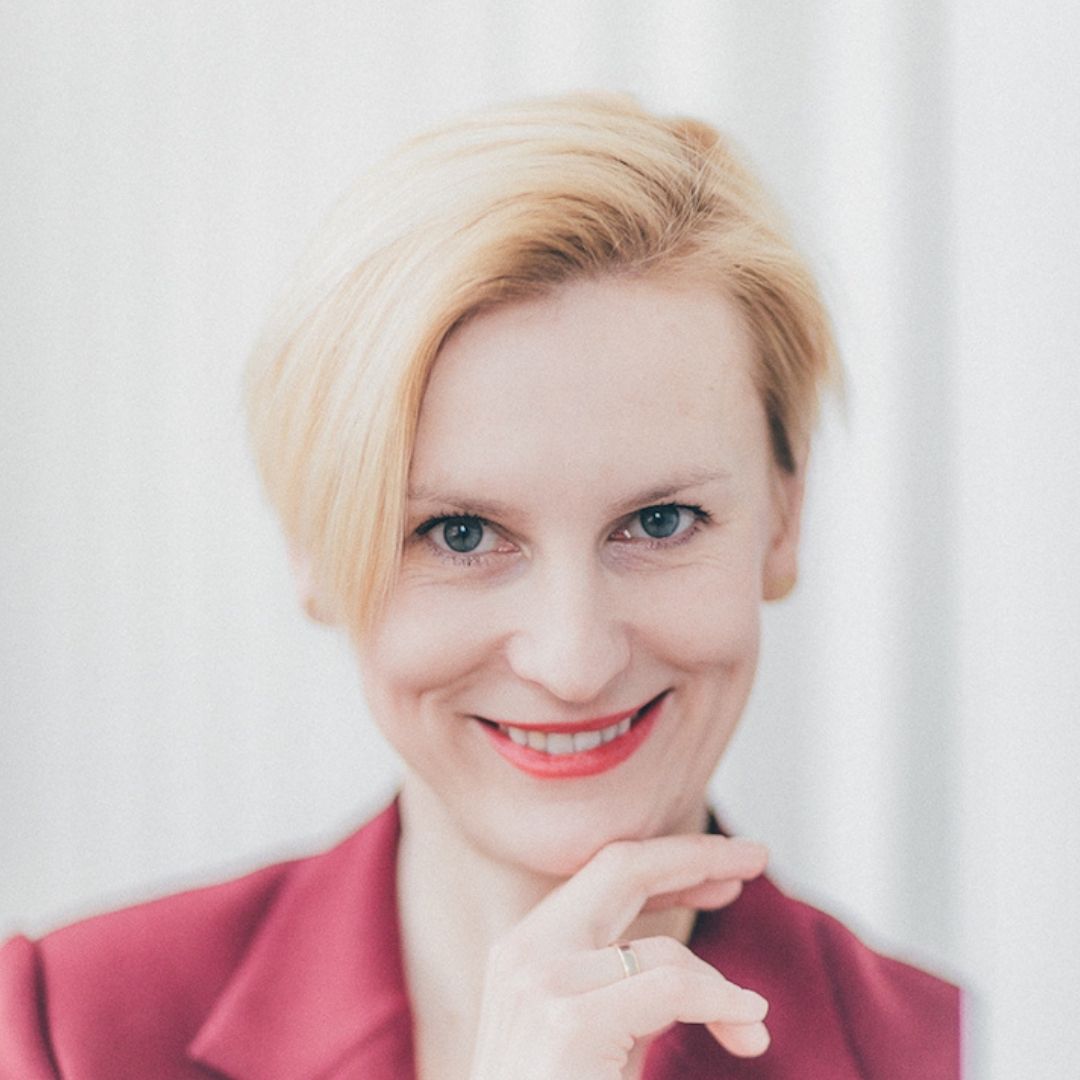 Izabela Kiszka-Hoflik has graduated from Adam Mickiewicz University and Management in Culture at SGH Warsaw School of Economics. Having worked as film festival’s PR Manager and TV Producer she joined the newly established Polish Film Institute’s (PFI) International Relations Department in 2005. She became Institute’s head in 2010, being responsible for the strategy and the promotion of Polish cinema abroad and representing PFI within international organizations. Six years later she was appointed as the Head of the Production Department. In 2018 Izabela established her own company IKH Pictures Promotion to sell and promote Polish films internationally, and IKH Pictures Production devoted to producing. Izabela is member of the European Film Academy. 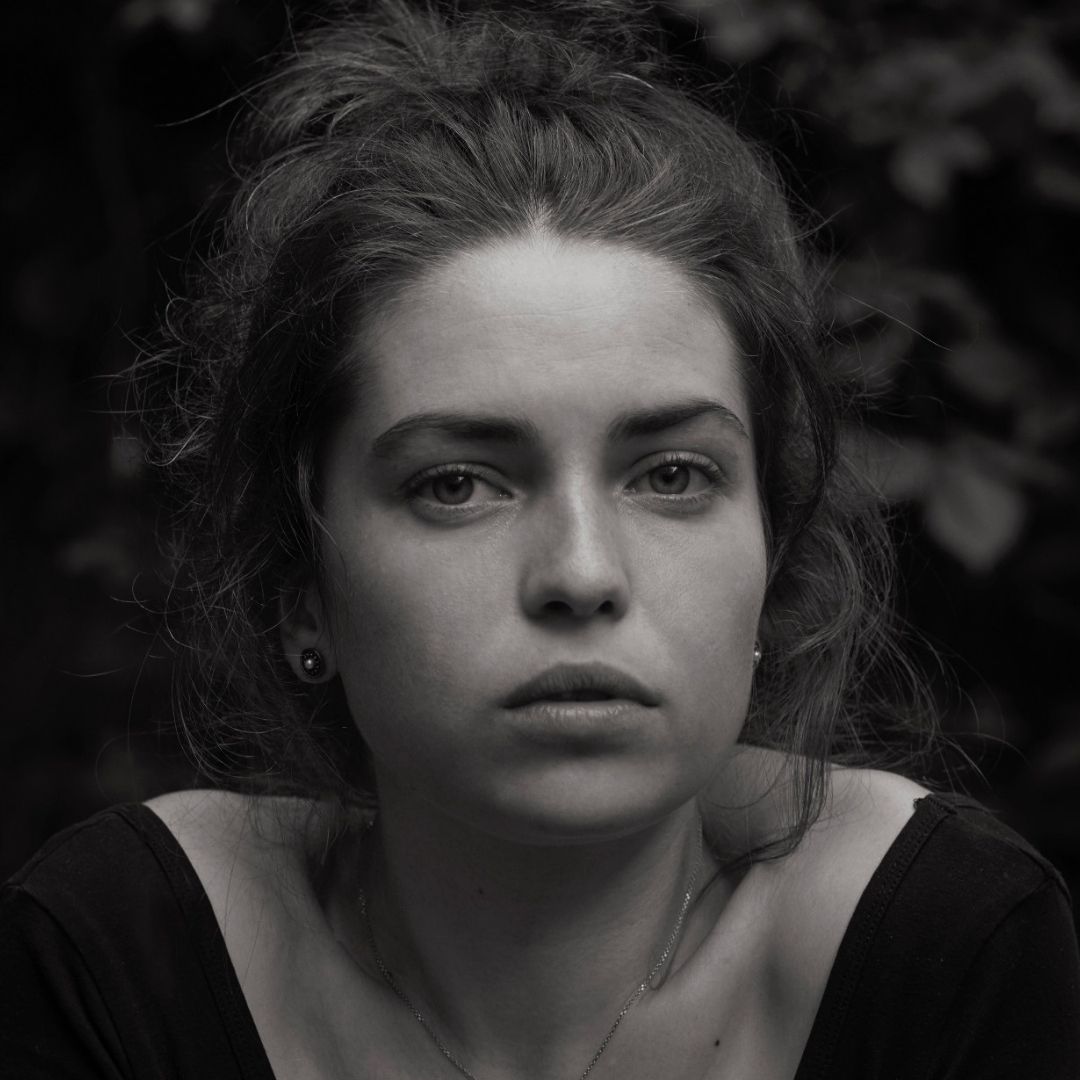 Ester Kuntu graduated from the Estonian Music and Theatre Academy in spring 2016 and has been a freelance theatre and film actress since. Her filmography includes feature films “The Polar Boy”, “End of Chain”, “The Real Life of Johannes Pääsuke”, “Truth and Justice” – for her role in the latter she won the Best Actress Award at Estonian Film and TV Awards 2020. She has also won Bruno O’Ya Scholarship (PÖFF, 2018), Best Young actress award “Kristallkingake“ (2019) and Best Actress Award of the Audiovisual Art Endowment of the Cultural Endowment of Estonia (2019). 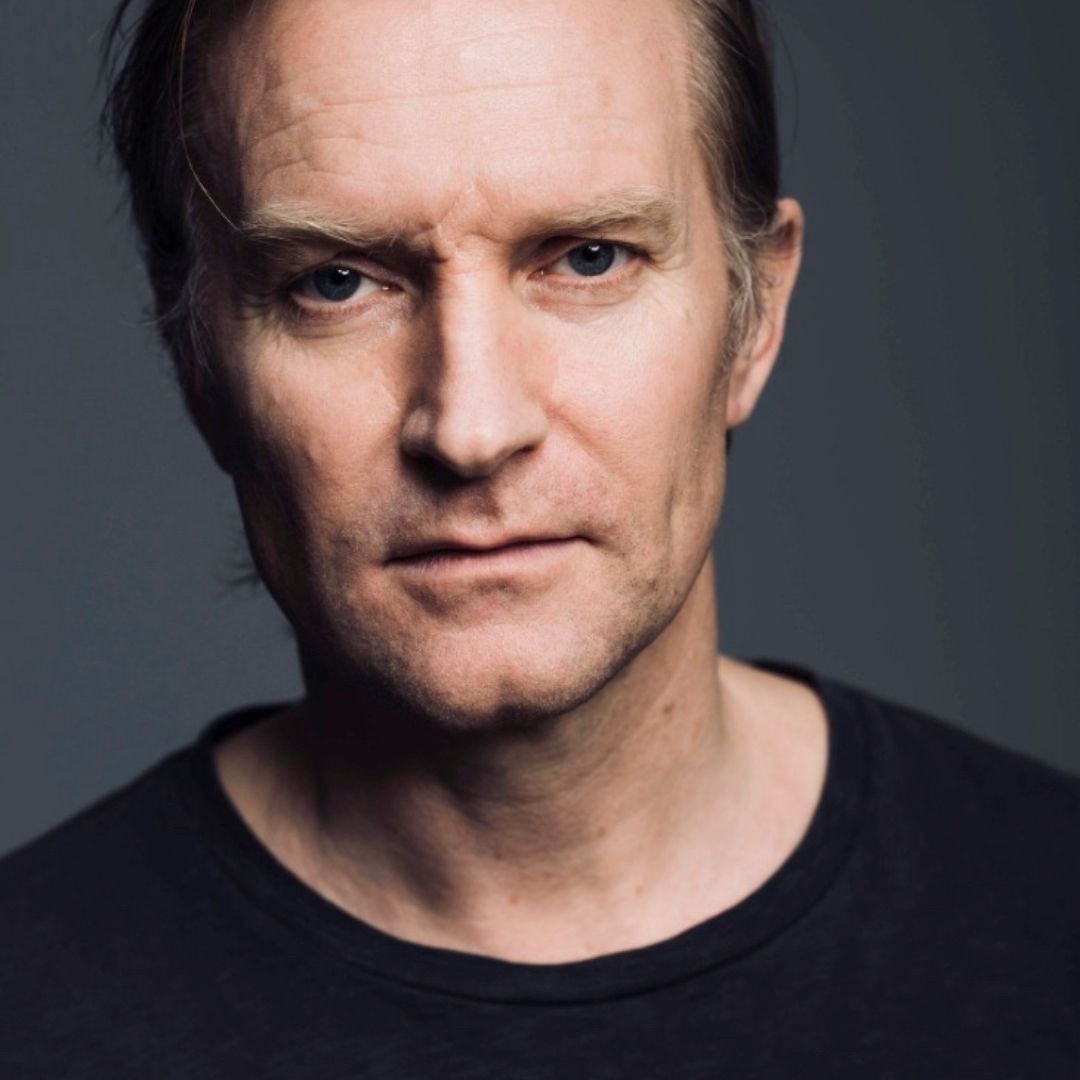 Ulrich Thomsen graduated from the Danish National School of Theatre and Contemporary Dance in 1993. He has worked with many acclaimed European directors, starring in over 40 international film productions. In Denmark he has been awarded, including for Thomas Vinterberg’s “The Celebration” (1998, Best European Actor nomination at the European Film Academy Awards) and “The Biggest Heroes”, “Brothers” (Best Actor award at the San Sebastian Film Festival), “Adam’s Apples” and “Fear Me Not”. His international feature films include “Bond: The World is Not Enough”, “The Weight of Water”, “Max”, “Killing Me Softly”, “Kingdom of Heaven” and “The International”. On television he has participated in several international productions, including “The New Pope” directed by Oscar winner Paolo Sorrentino. His first directorial debut as a writer, director, producer was “In Embryo” (2016) which world premiered in Official Selection at the Shanghai International FF. His second feature film “Gutterbee” premiered at Tallinn Black Nights FF in 2019. 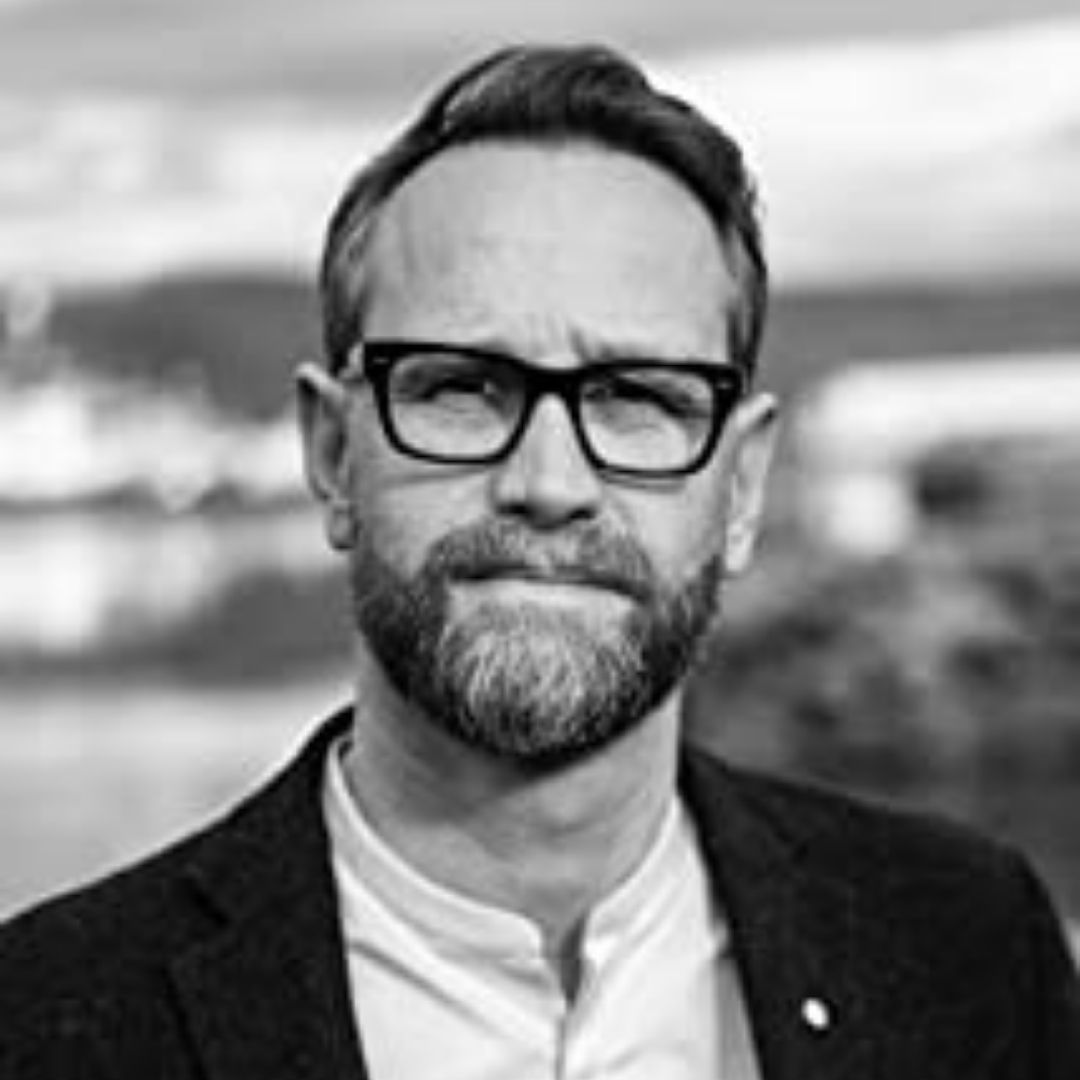 Elfar Adalsteins began producing feature films in his native country of Iceland before moving to the UK where he shifted his focus to writing and directing. He studied filmmaking at the Met Film School at Ealing Studios and trained with renowned directing coach Judith Weston at the Director’s Studio in Los Angeles. Elfar has helped develop and make a diverse slate of indie films and his non-dialogue short film, “Sailcloth”, starring the late acclaimed actor John Hurt, was shortlisted for the 2012 Academy Awards and BAFTA and won numerous international awards. His debut feature “End of Sentence“ (2019) screened at several festivals, including Black Nights film festival. 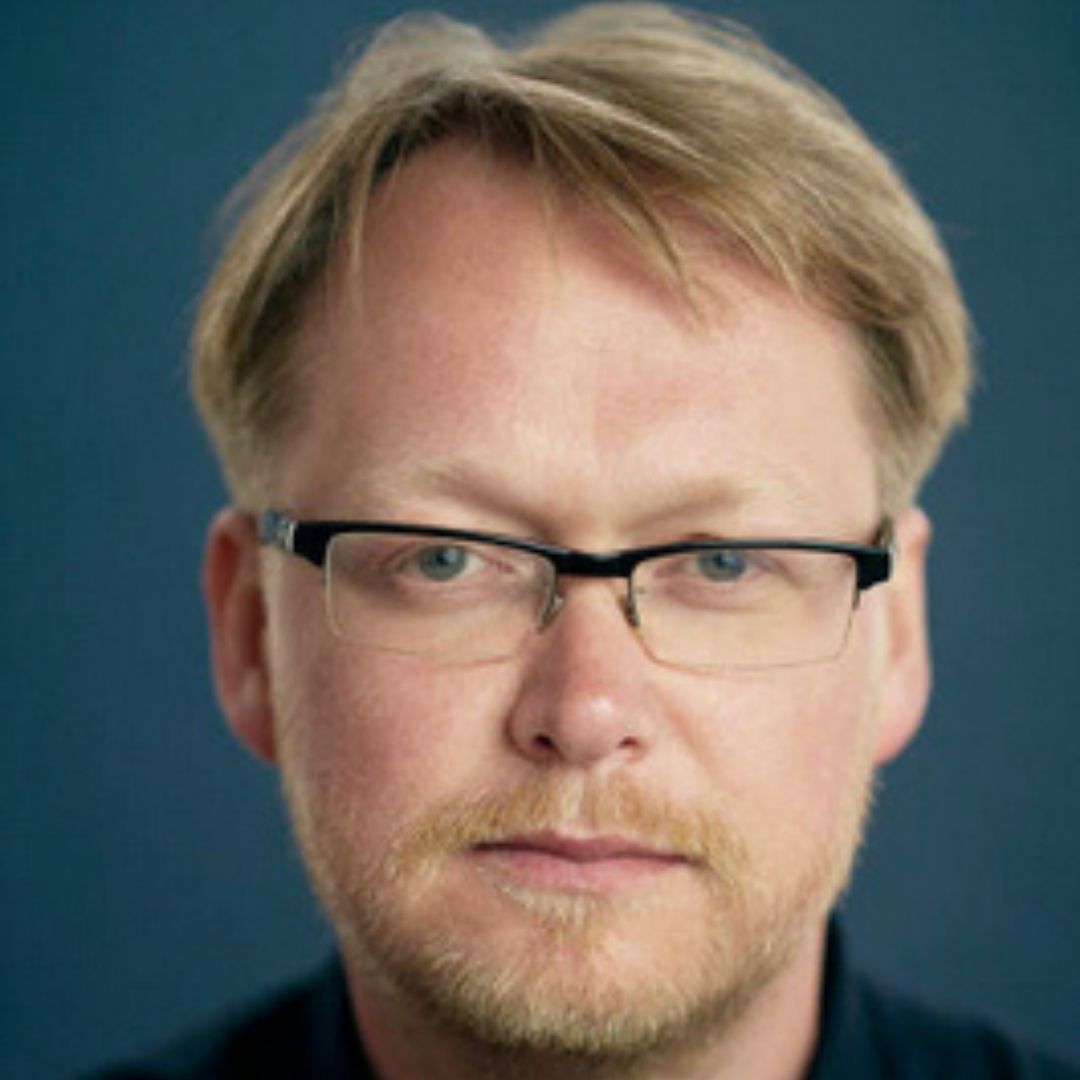 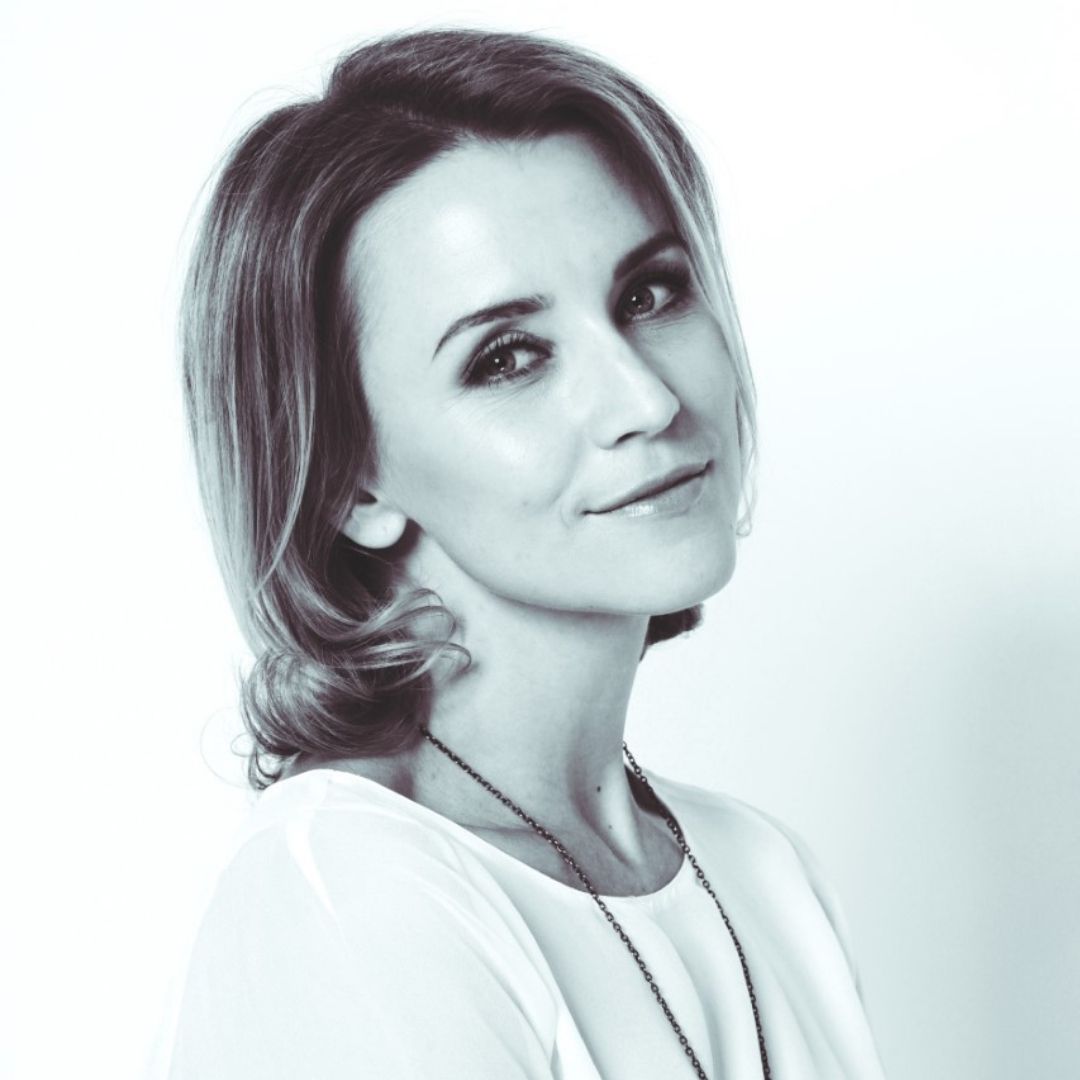 Diana Mikita is producer and partner in one of the biggest Estonian production companies Nafta Films. She is producer of family feature “Secret Society of Souptown” by Margus Paju, and co-producer of “Conference” by Ivan I. Tverdovskiy, “Erna at War” by Henrik Ruben Genz and latest historical spy thriller “O2” by Margus Paju. She is also producer of award-winning short films “Good Shepherd” and “Virago”. “Secret Society of Souptown” is one the most watched family films in Estonia that was sold to Netflix, screened at more than 50 international festivals and won two Grand Prix and five Audience Awards. “Virago” (2019) has so far won already the Grand Prix of Busan International Short Film Festival and screened around 30 festivals like Chicago, Warsaw, Leeds, Montreal etc. 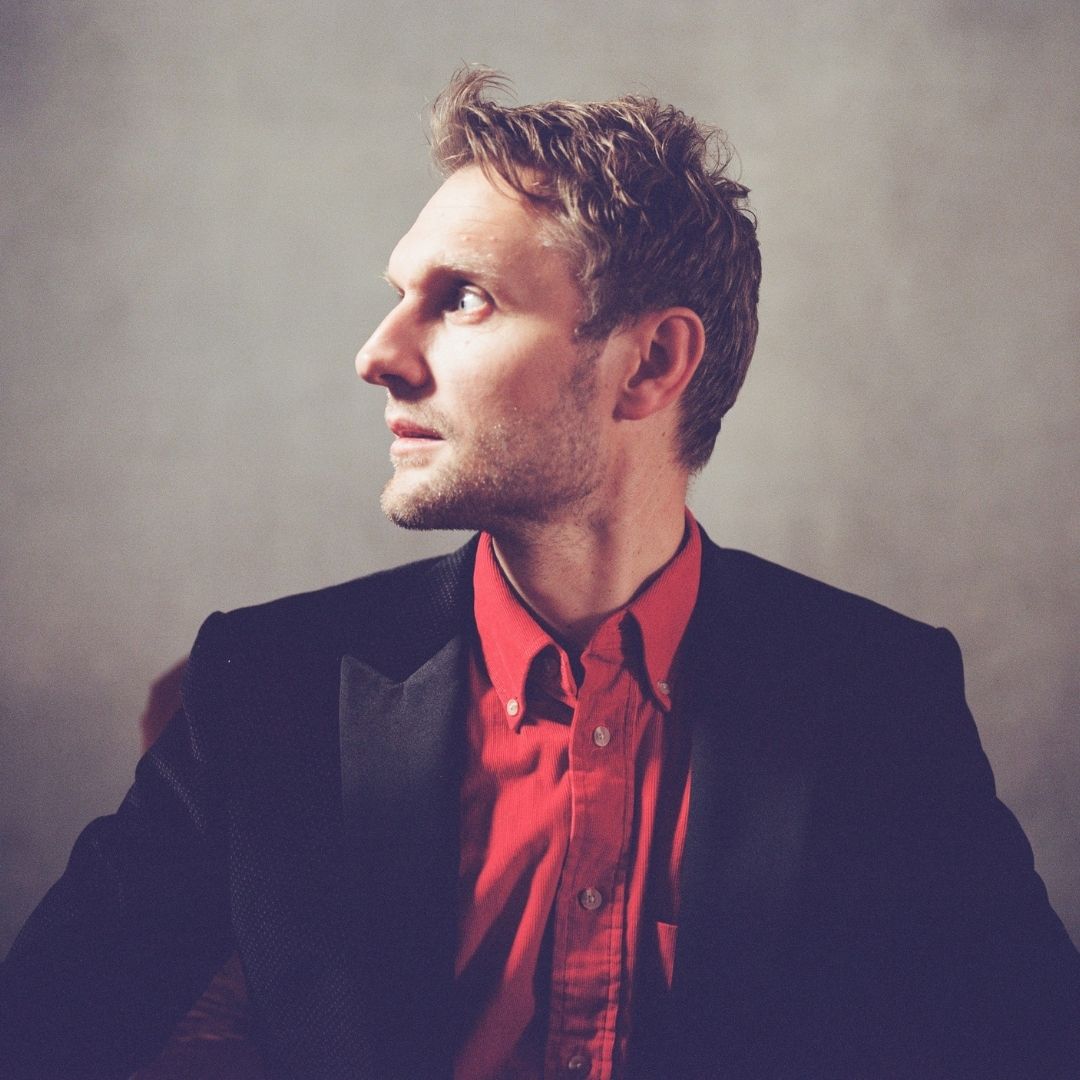 Rene van Pannevis received his BA in Film Studies in 2007 and enrolled in film directing program at prestigious NYU Tisch School of the Arts under the artistic guidance of Oliver Stone. After directing various no-budget shorts at film school his short “Jacked” was his first serious production which picked up numerous awards including the British Independent Film Award. His feature script “Looted” got picked up by the BFI and BBC Films, and premiered at Tallinn Black Nights Film Festival (FIPRESCI award). 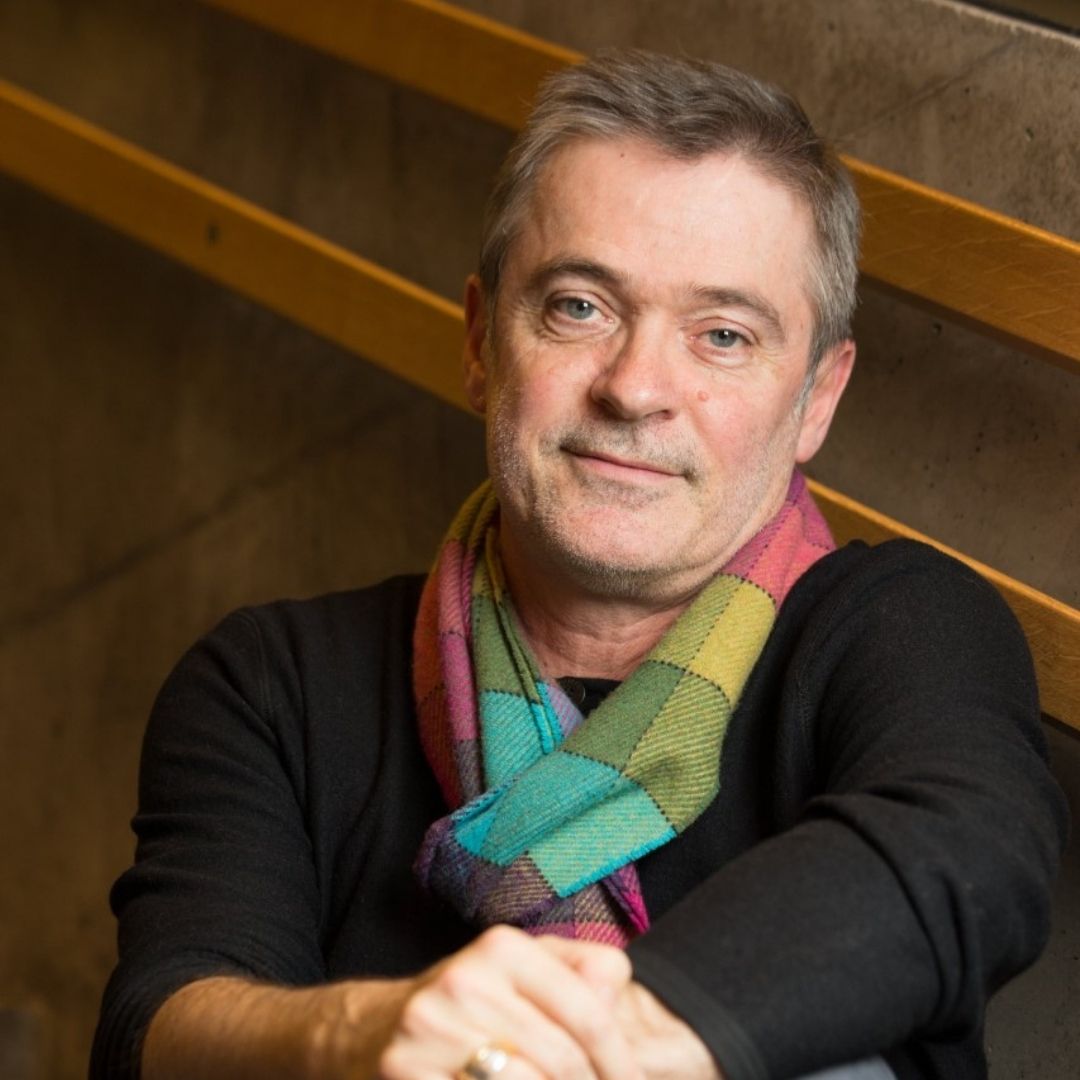 Paul Thiltges is a film producer, international sales agent, and managing-director of Paul Thiltges Distributions (founded in 1993). Since 1986, he has co-founded numerous film institutions in Luxembourg and currently presides the Luxembourg’s Producer Association. Paul has worked with internationally acclaimed directors such as Michael Glawogger, Ari Folman, Jaco Van Dormael, Enzo d’Alòor and Hicham Lasri with documentaries, fiction and animation, worthy of the most prestigious film festivals around the world. 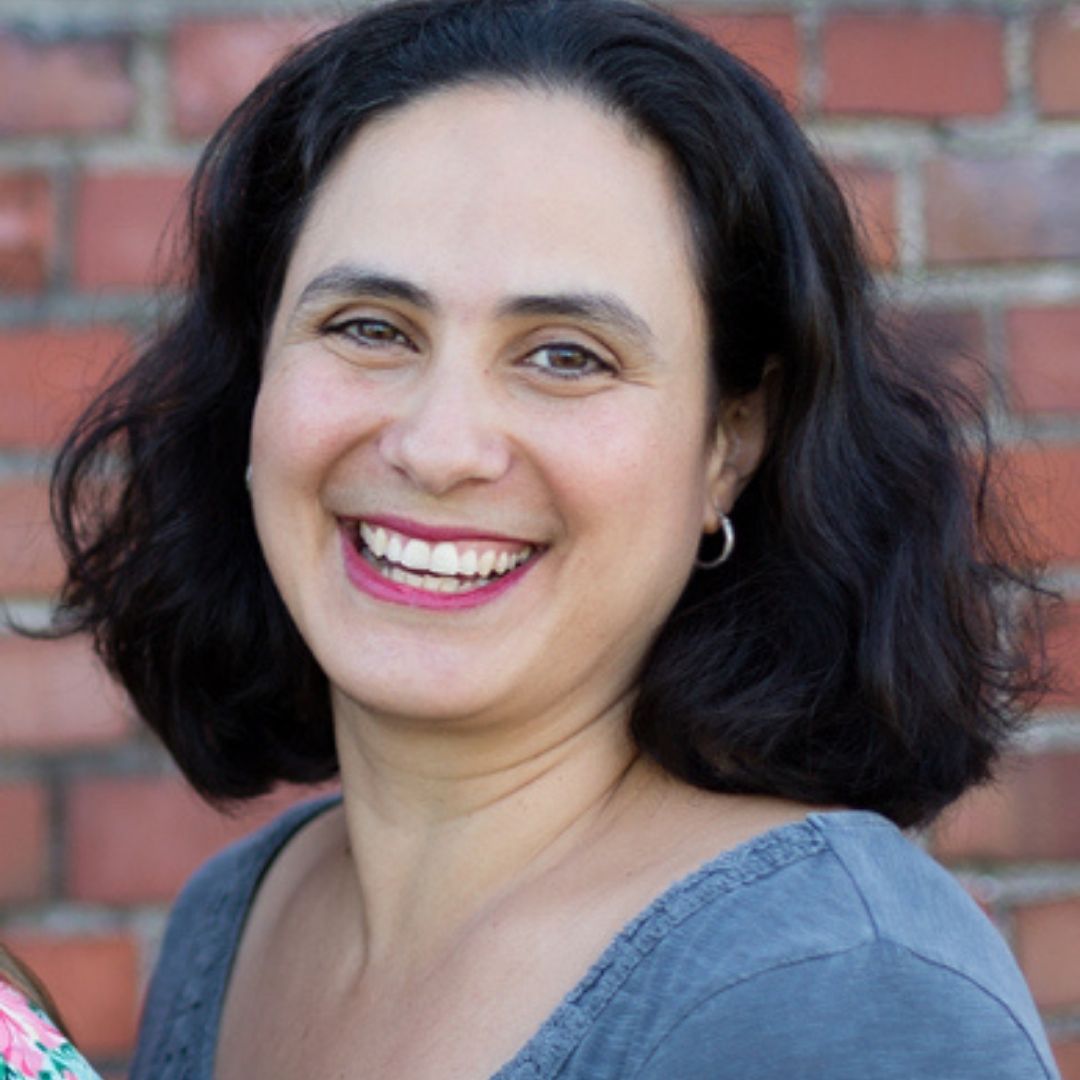 Marjorie Bendeck holds degrees in communications, marketing and organizational psychology, and has had film studies in Mexico and the EICTV in Cuba. Originally from Honduras, but based in Germany since 2003, she has been working for festivals, funds and training initiatives in Europe, the Middle East and Latin America. Her areas of expertise include evaluation of feature film projects as well pitch coaching and project development. Since 2018 she is head of Connecting Cottbus East-West Co-production Market. 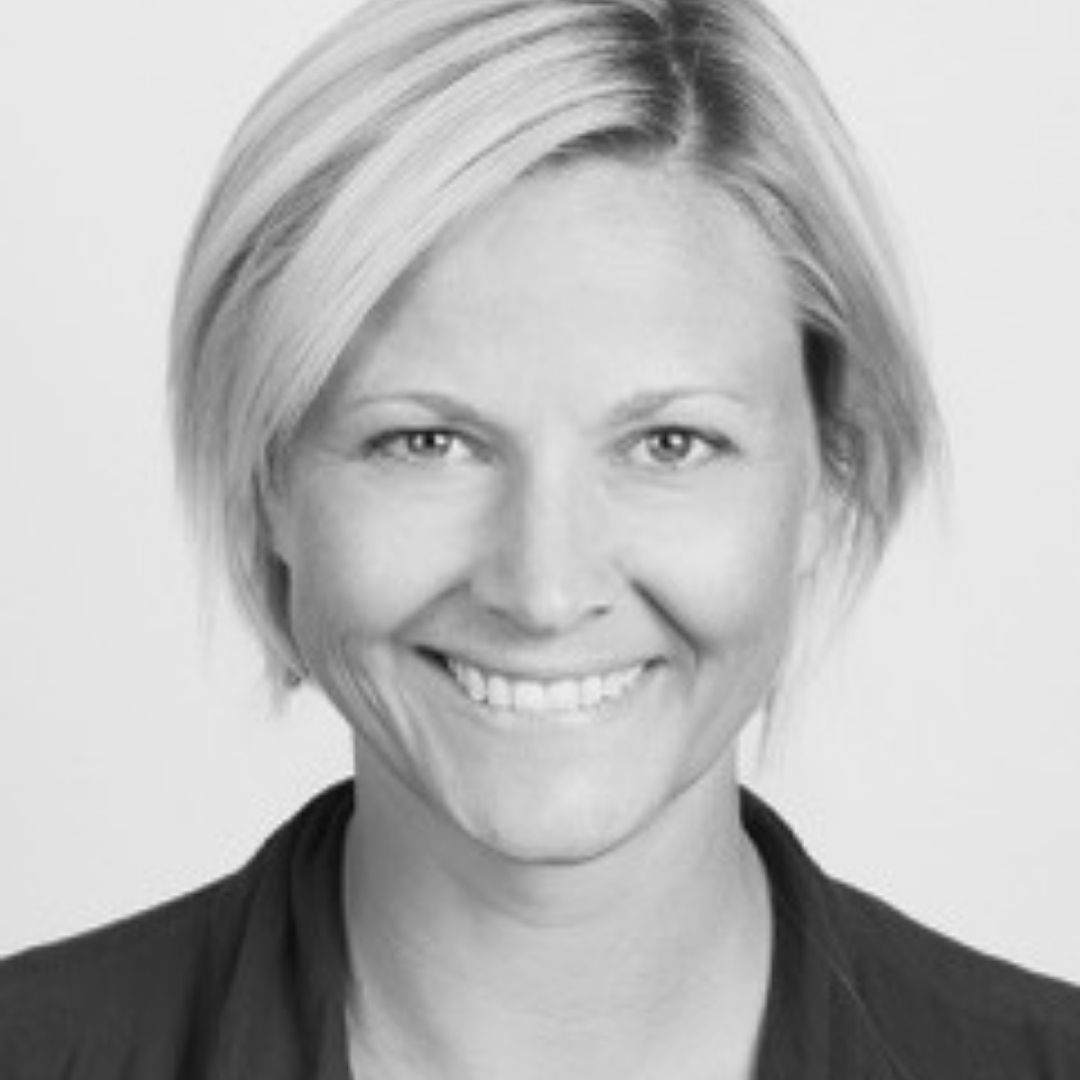 Tine Klint founded international film sales and distribution company LevelK in 2009 and has dedicated the majority of her professional life to independent cinema with 20 years’ experience across international sales, aggregation and film financing.

COMPETITION PROGRAMME “REBELS WITH A CAUSE” JURY 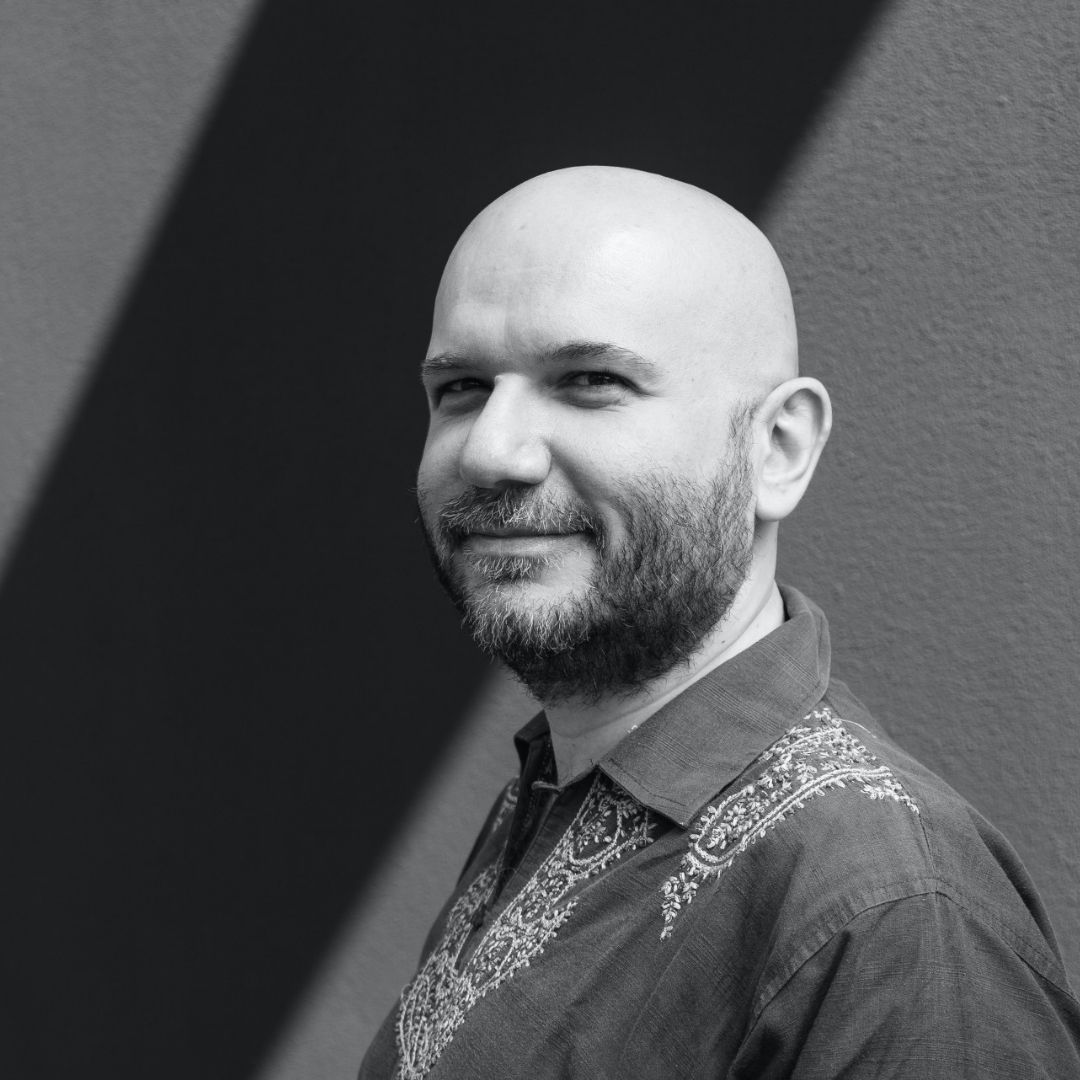 Paolo Bertolin is a film programmer for Venice International Film Festival (from 2008) and Cannes Directors' Fortnight (from 2019), Artistic Consultant of the Open Doors programme of the Locarno FF (from 2016), writer and producer. He has worked for several international film festivals and film institutions. As a film critic and journalist, he contributed feature articles, reviews and interviews with filmmakers to several publications. He has production credits on a string of Asian films, including “Big Father, Small Father and Other Stories” (Vietnam, 2015), “A Lullaby to the Sorrowful Mystery” (Philippines, 2016), both entries in the Berlinale Competition. He is a member of the APSA (Asia Pacific Screen Awards) Academy, Italian Union of Film Critics (SNCCI) and NETPAC, and has served in numerous juries at international festivals and industry events. 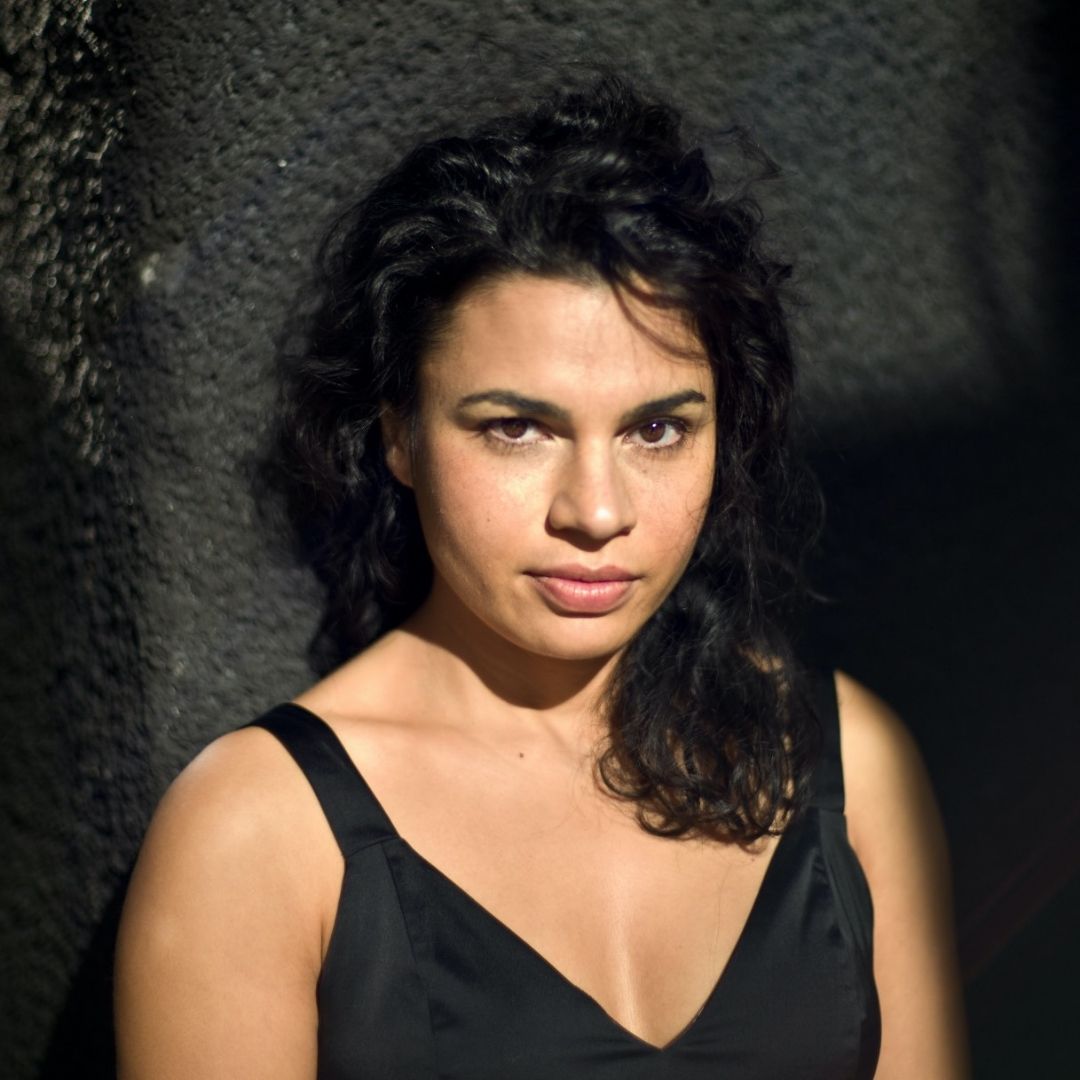 Alina Șerban is an independent Roma artist. After acquiring a drama degree in Bucharest at the Academy of Theatrical Arts and Cinematography, she attended the Tisch School of the Arts in New York and the Royal Academy of Dramatic Art in London. Alina is pioneering Roma feminist in political theatre in Romania. She starred in “Alone at My Wedding” and became the first Romanian Roma actress to participate at the Cannes International Film Festival. She made her directorial debut with the short film “Letter of Forgiveness”, about Roma slavery, and received a Special Mention at Transylvania FF and it is now in the international festival circuit. She is taking part in the artistic decision-making process as a script consultant for European film projects focusing on the experiences of Roma women. For “Gipsy Queen” Alina Serban earned the Best Actress Award at Tallinn Black Nights Film Festival (2019) and in Germany at the Actors Guild Awards in 2020. 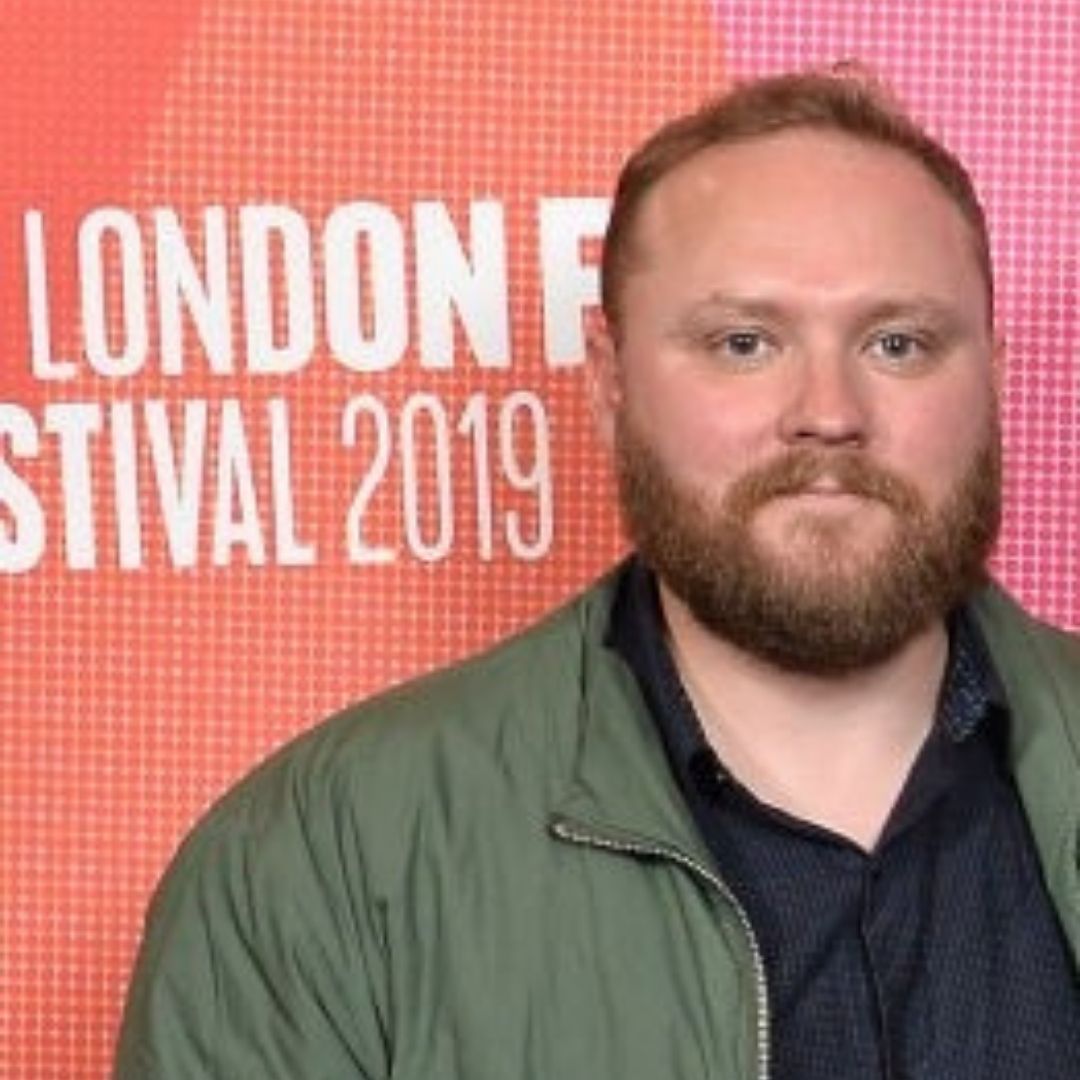 Since graduating in 2000 he has worked as a producer, writer and script development consultant as well as a freelance writer, editor and film reviewer. In 2011, he left his position as Script Development Executive at Working Title Films to return to producing fulltime. Matthew is a member of BAFTA.

NETPAC (NETWORK FOR THE PROMOTION OF ASIAN CINEMA) JURY 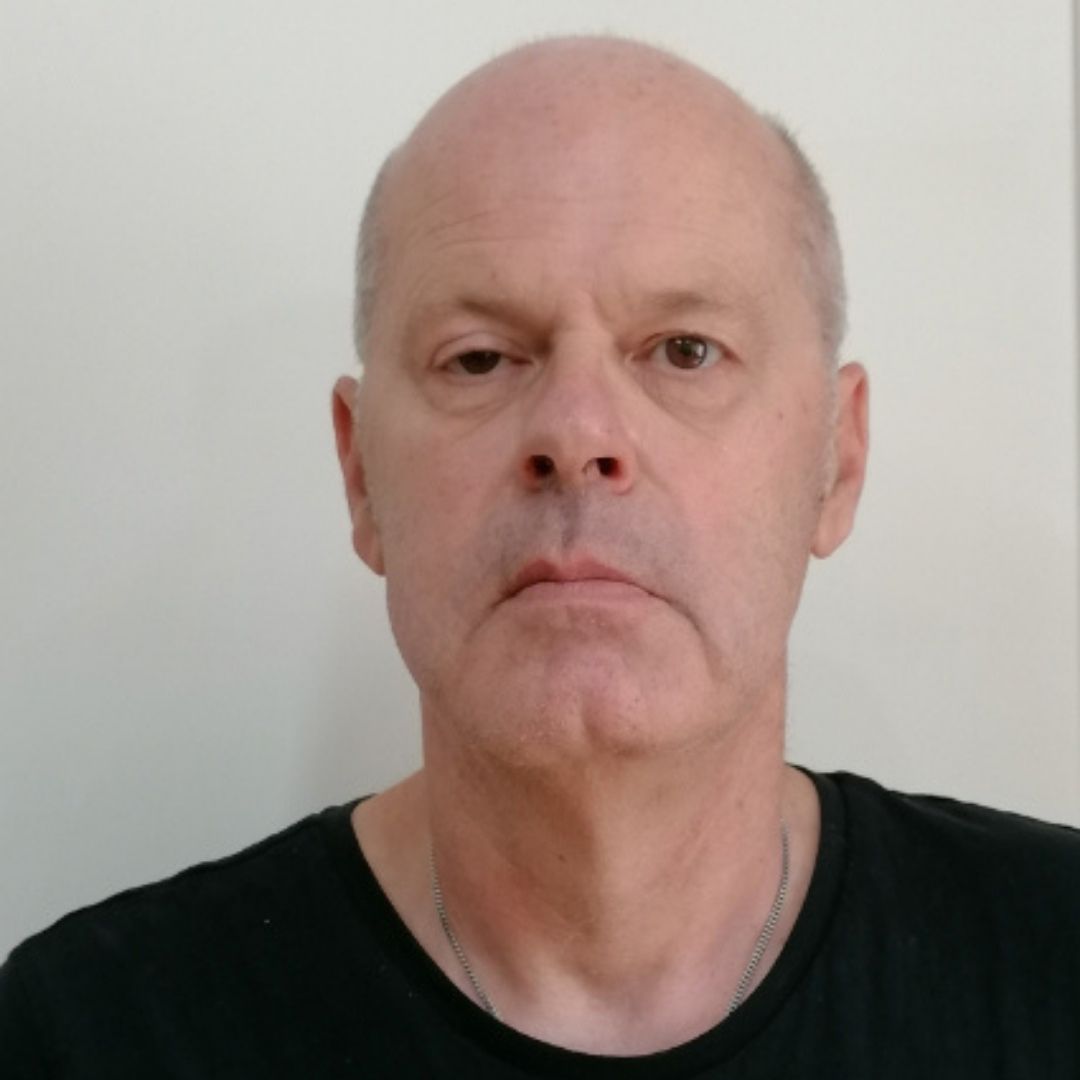 Andreas Ungerboeck worked after his drama and journalism studies at the University of Vienna (Ph.D. in 1988) as free-lance journalist in publications in German-speaking area and Asia. He has curated several retrospectives of Asian Cinema, such as Hong Kong in Motion (1995), Korean Cinema (1999), Cinema Asia (2003) and China Now (2004). In 1994–2003 he was catalogue editor and programme consultant for Asian films at the Vienna International Film Festival. Andreas has co-edited books on Spike Lee (2006) and Ang Lee (2009) as well as “Real America – A New Realism in Recent US Cinema” (2012). Since 2005 he has published Austrian film magazine Ray. 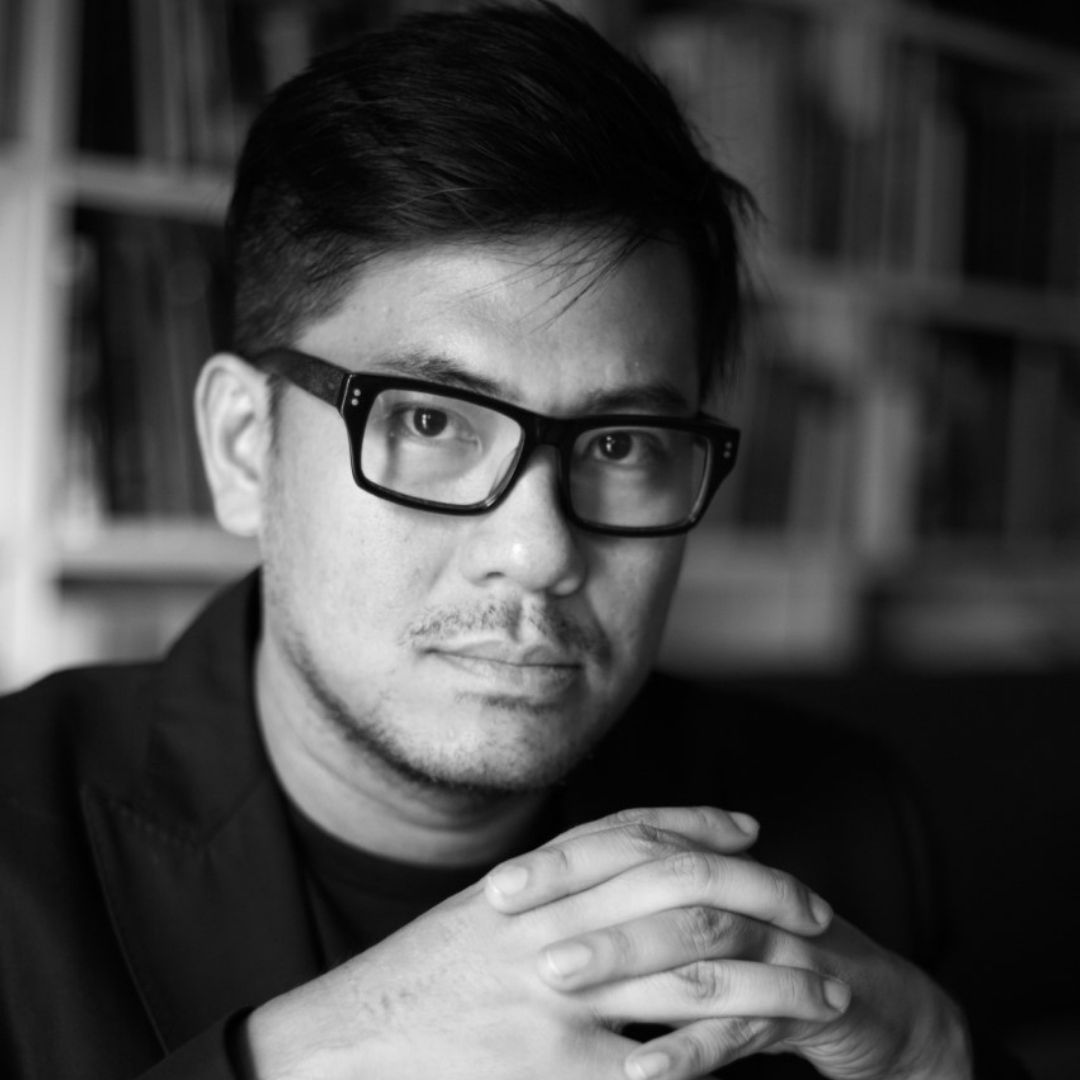 Kan Lume, two-time NETPAC Award winner and one of Singapore’s most prolific new generation filmmaker, made his debut feature “The Art Of Flirting” with US$ 150, used two non-actors, shot in two days and won Best ASEAN Feature at Malaysian Video Awards 2005. His second feature “Solos” was first Singaporean film to compete in AFI Los Angeles and picked up the Premio Nuovi Sguardi Award at Torino Film Festival. Since then he has made several features, documentaries and shorts as well as worked as a teacher. 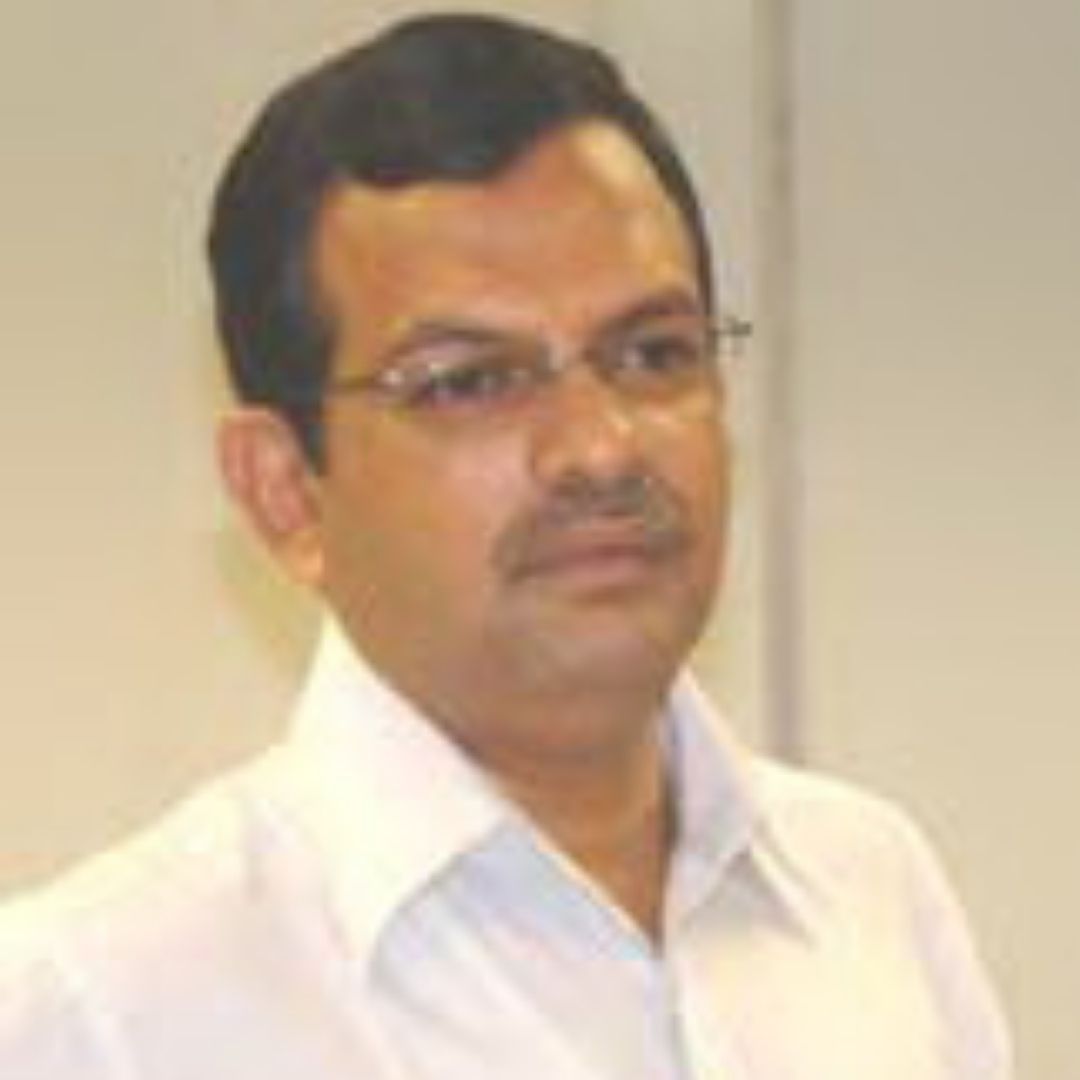 Zakir Hossain Raju is the first Bangladeshi scholar who obtained PhD in Cinema Studies (Melbourne 2004). He has taught at La Trobe and Monash universities in Australia, University of Dhaka and Monash University Malaysia. Raju served as a Visiting Scholar at Australian National University and at University of Malaya in Kuala Lumpur. He was a Research Fellow in the Dept. of Cinema Studies at Korean National University of Arts (KARTS). He is the author of “Bangladesh Cinema and National Identity: In Search of the Modern?”, and has published many research papers on theory and history of Asian cinema. Raju is currently on the editorial board of two film journals – BioScope: South Asian Screen Studies, and Studies of South Asian Film and Media. He is the Professor of Film and Media Studies in the Independent University, Bangladesh. 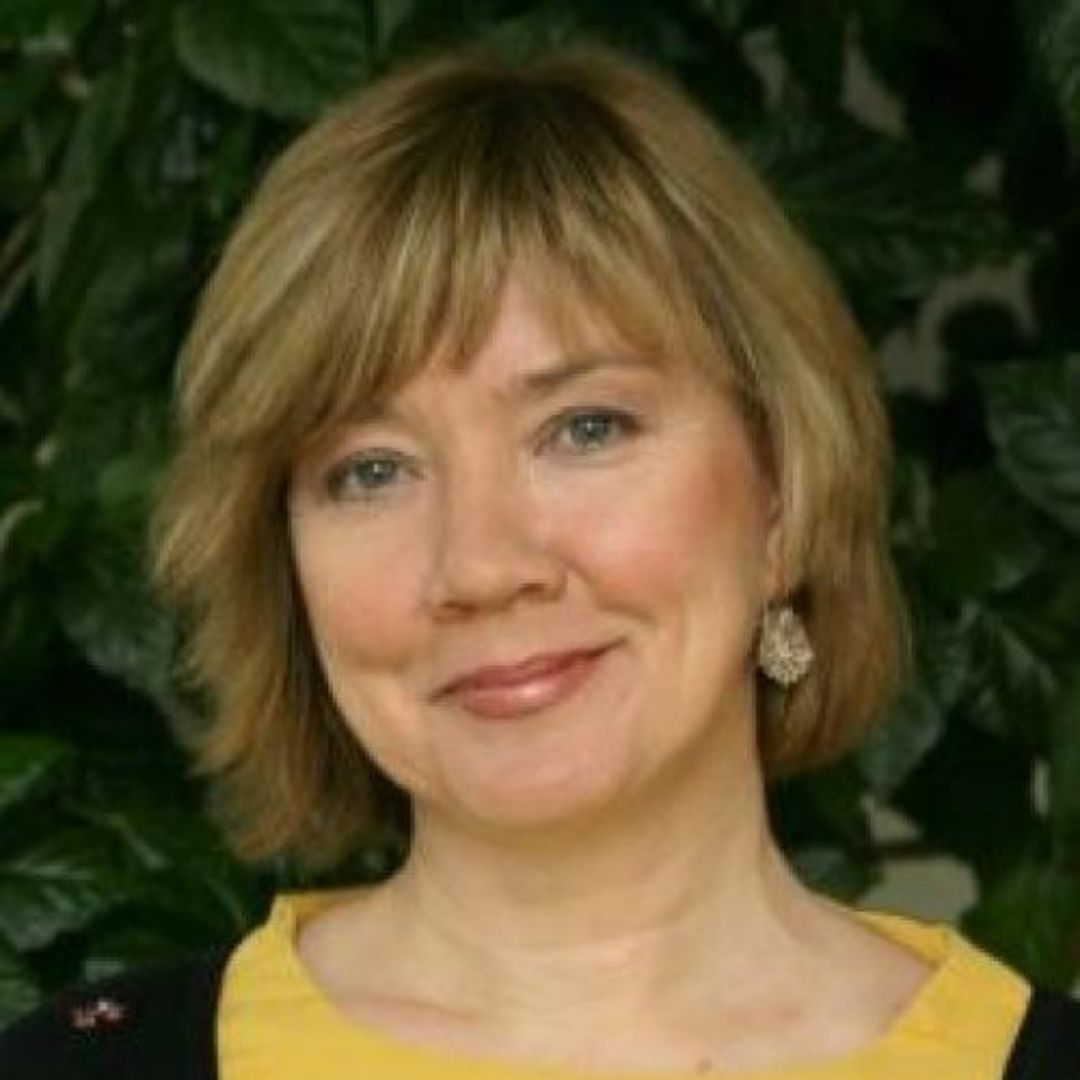 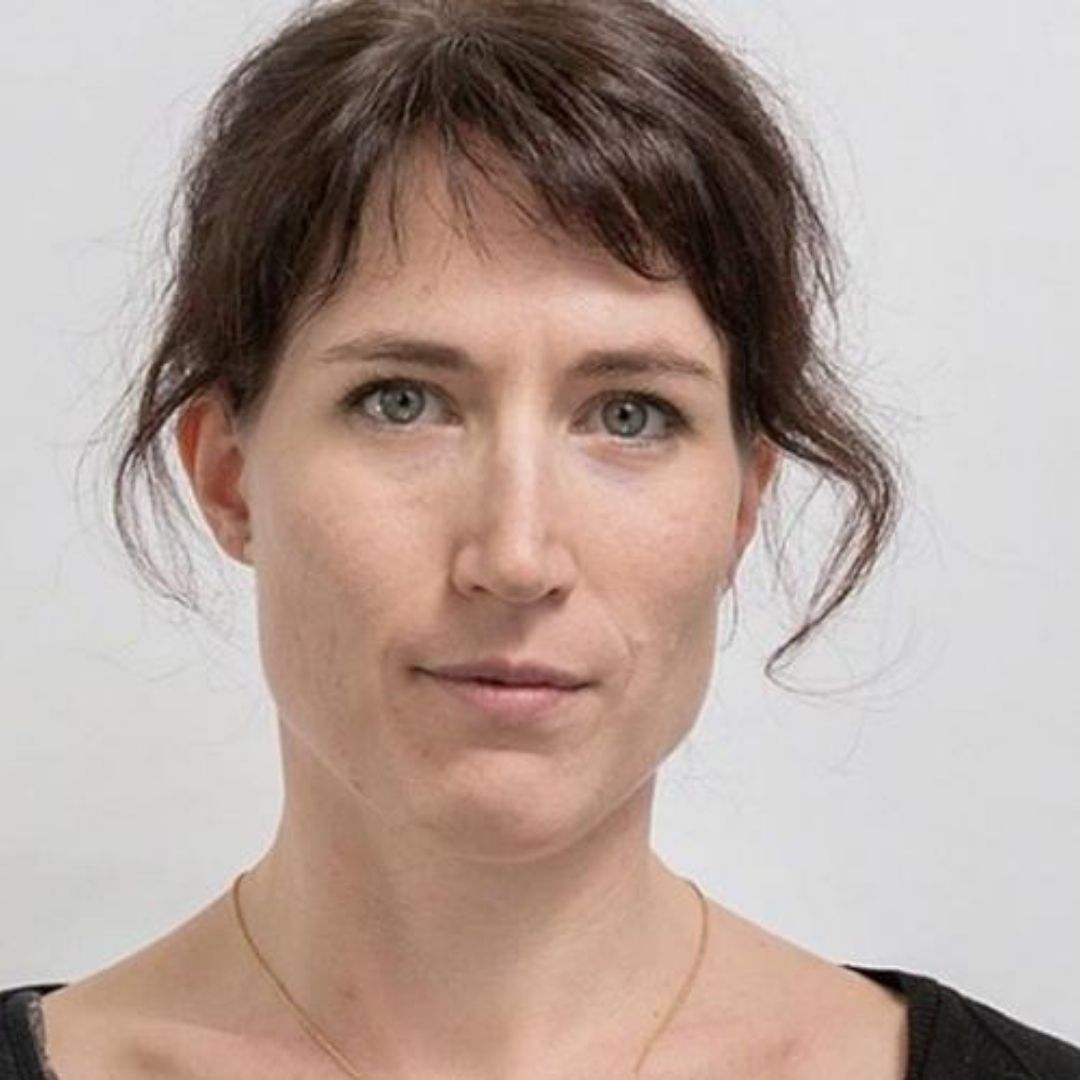 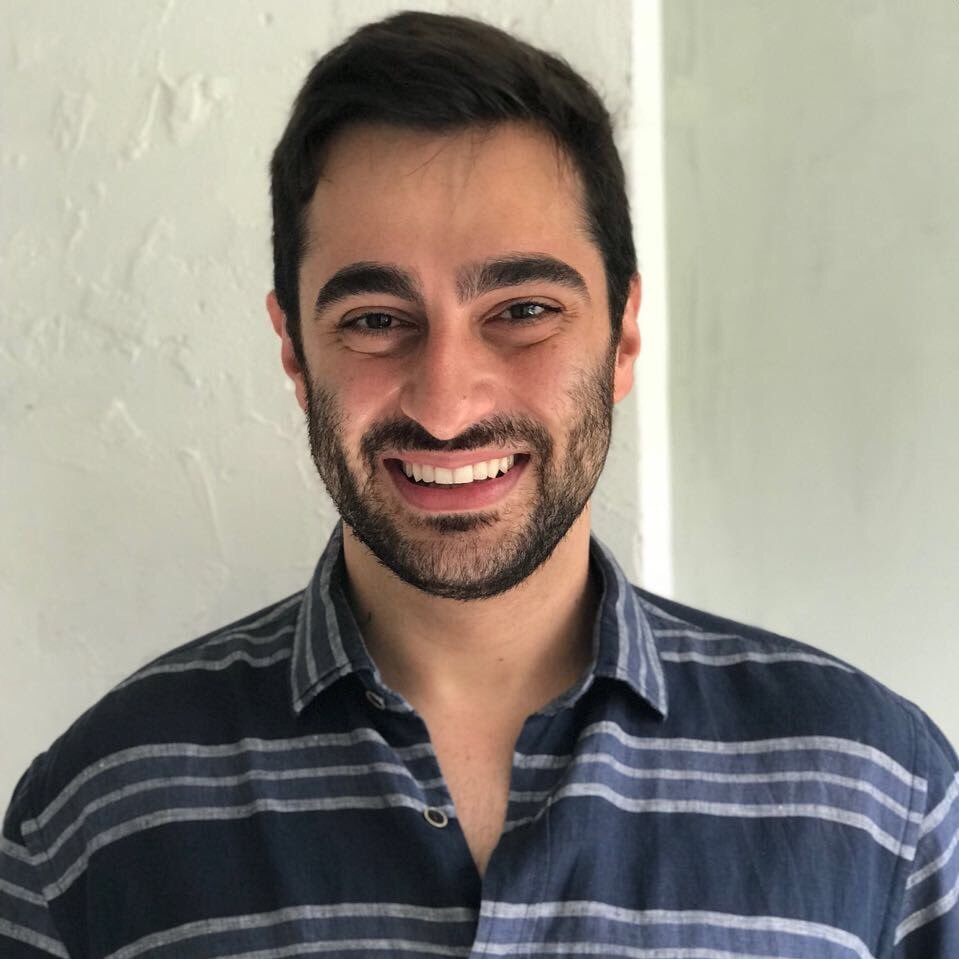 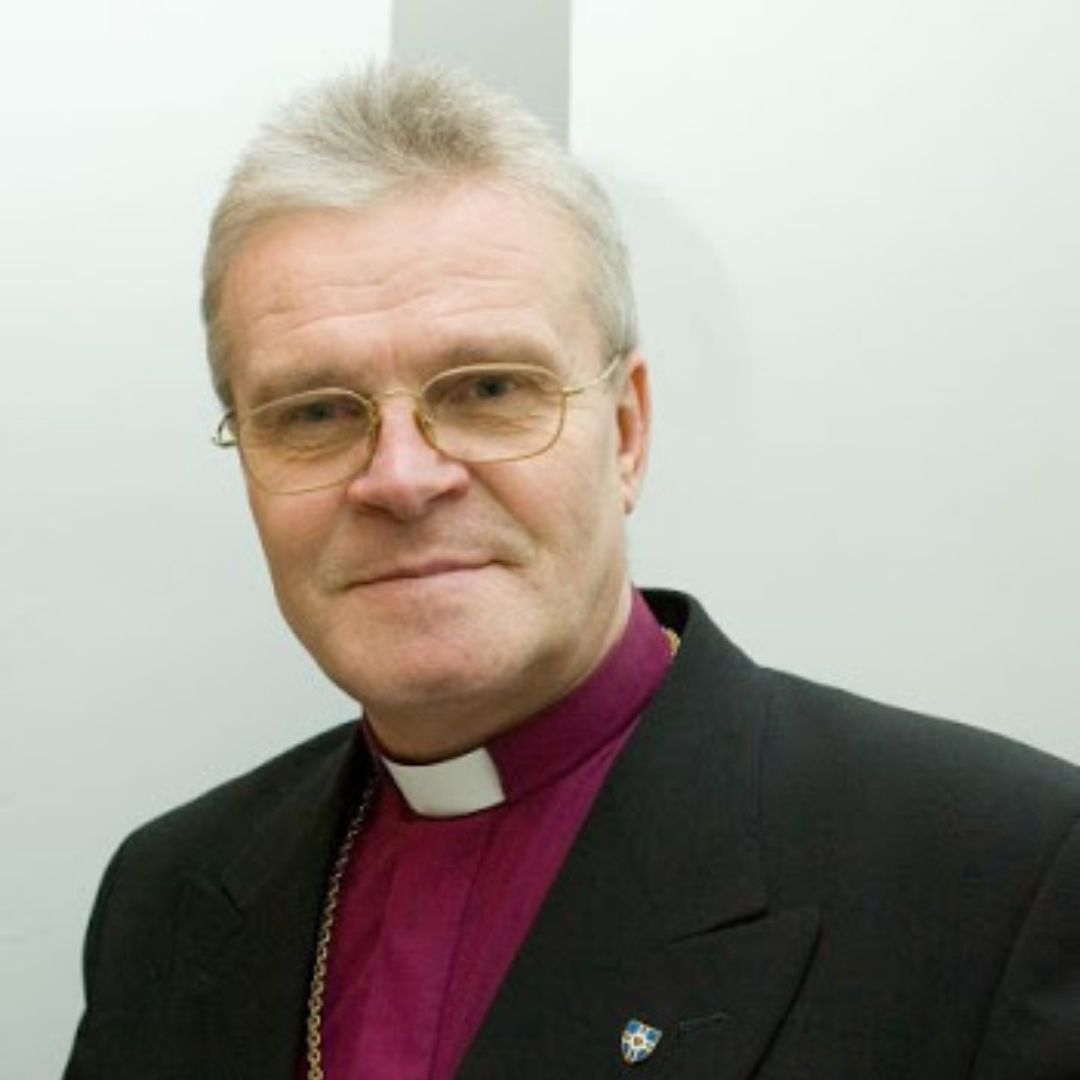 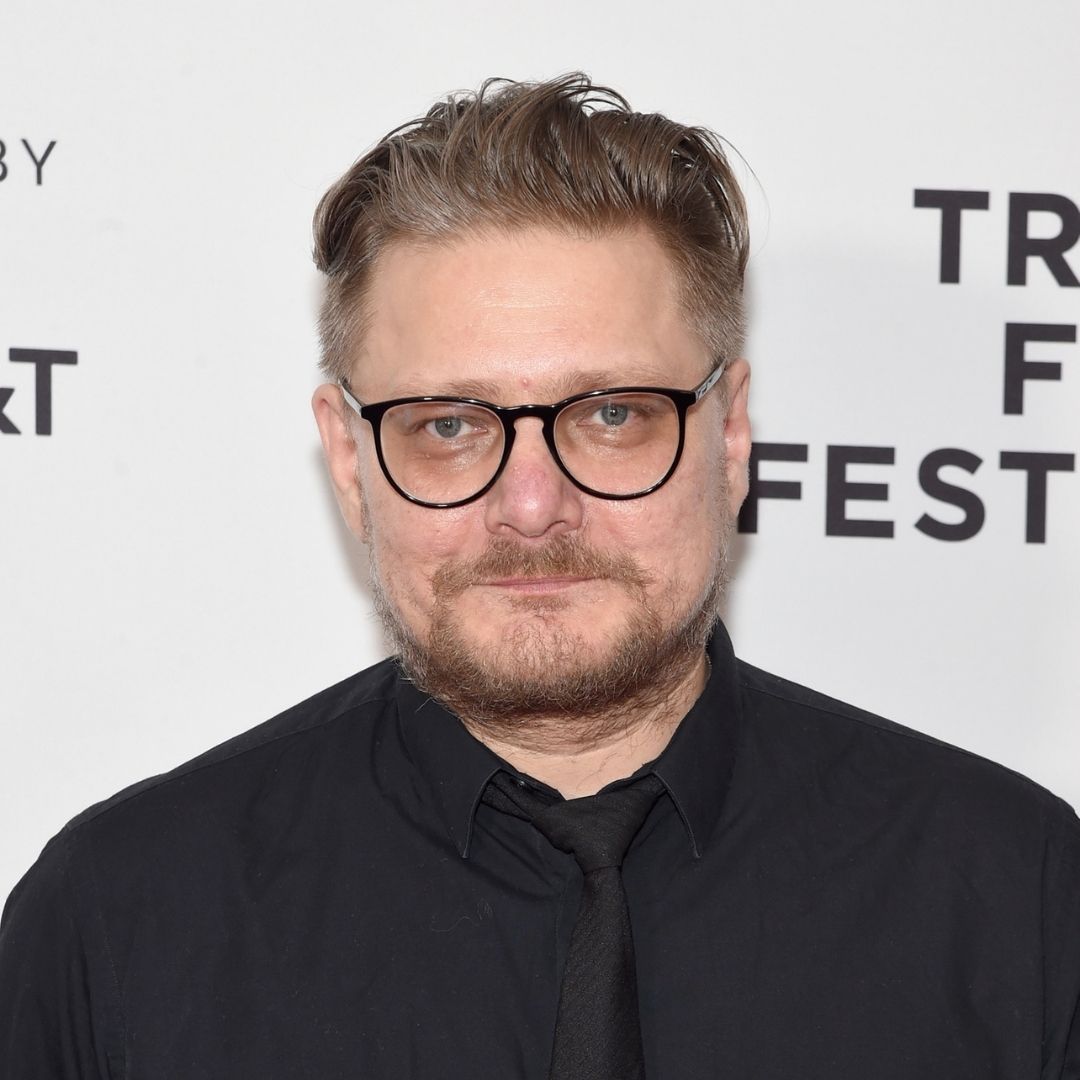 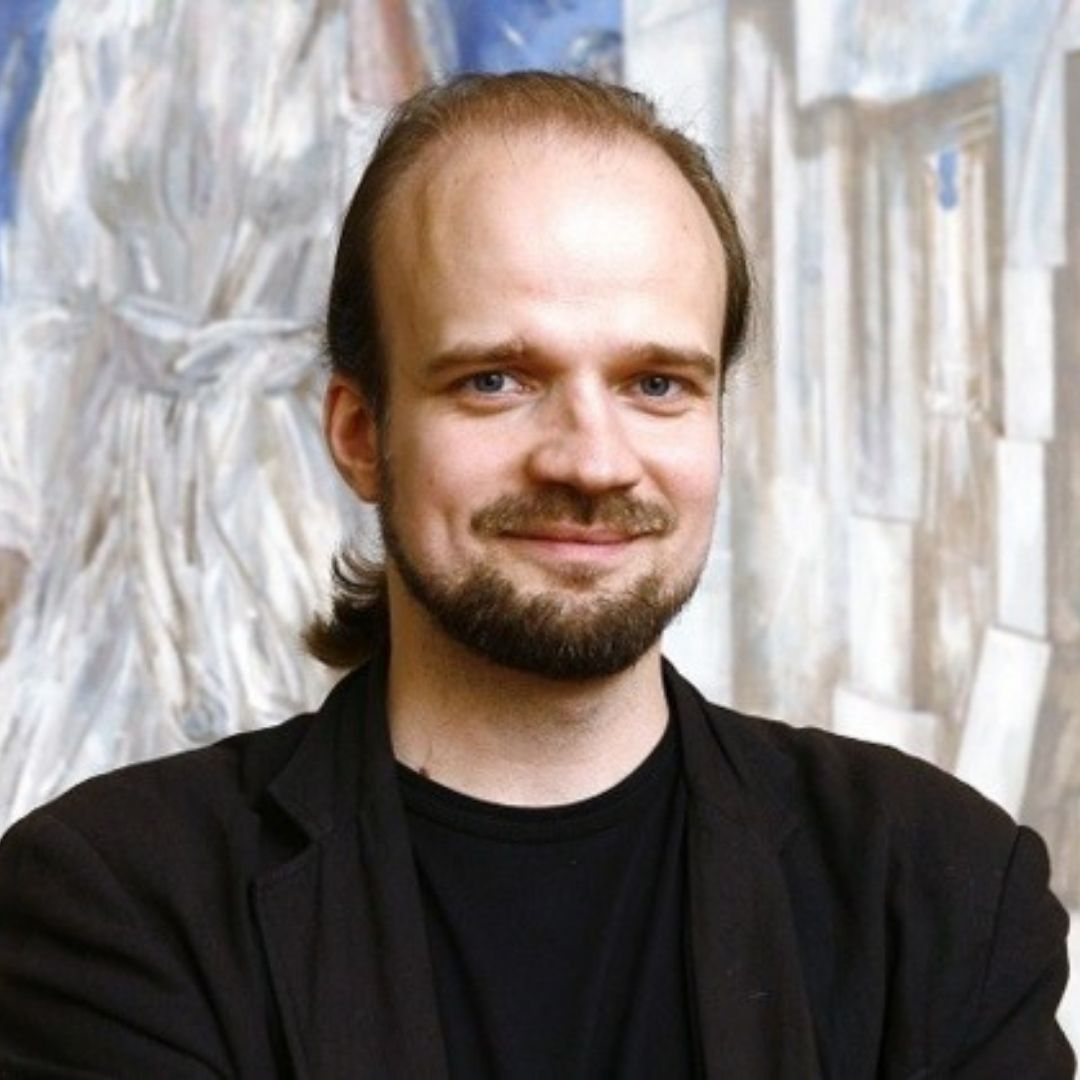 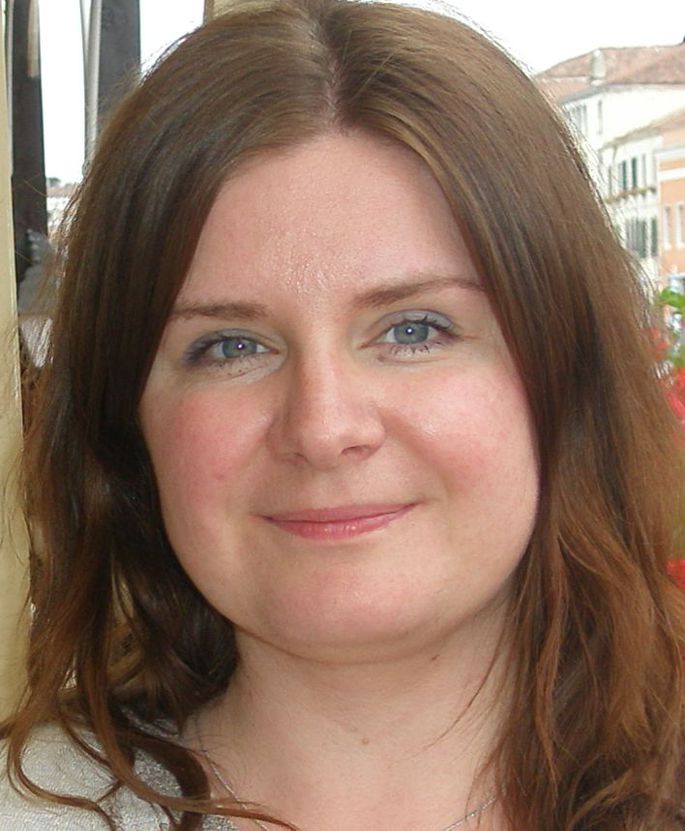 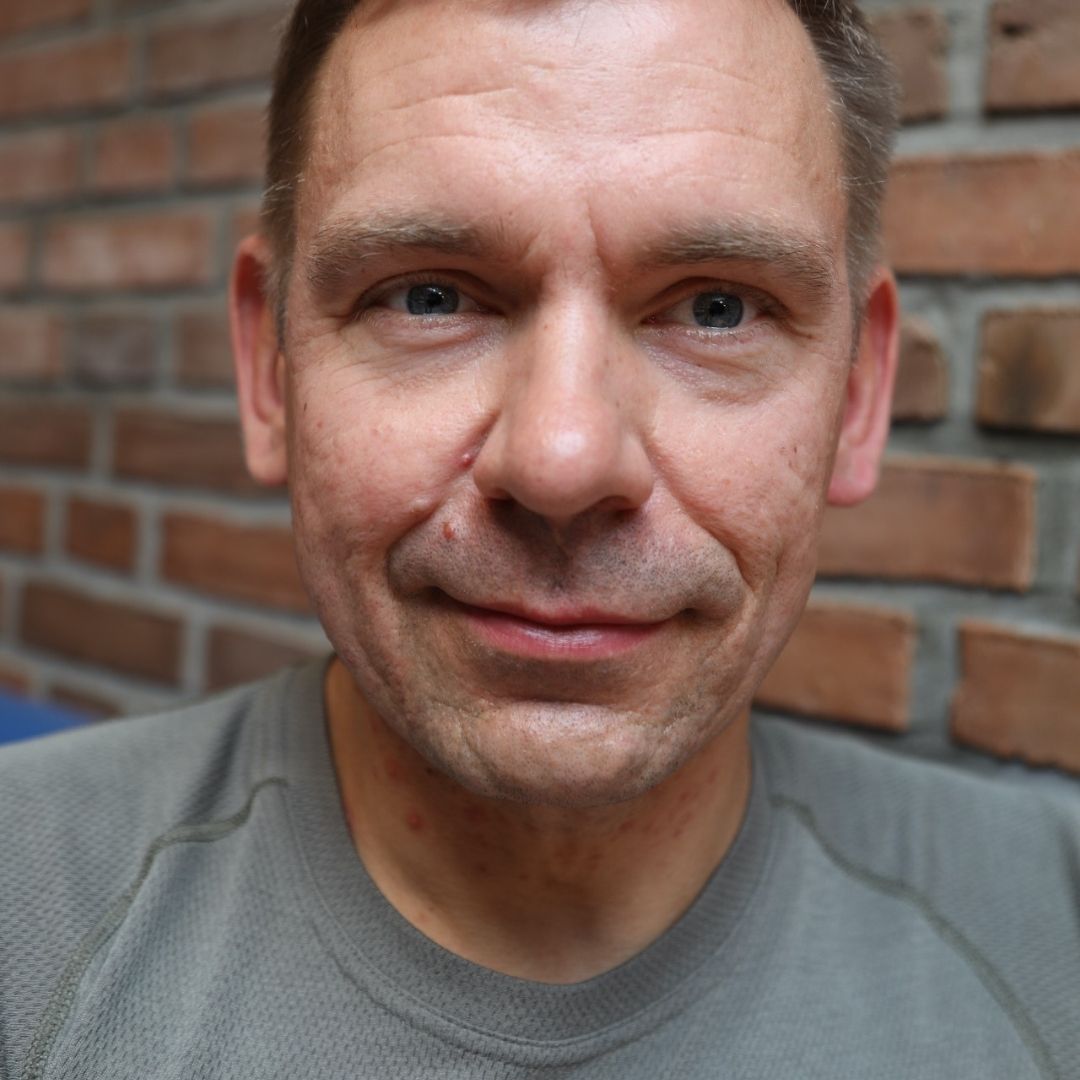