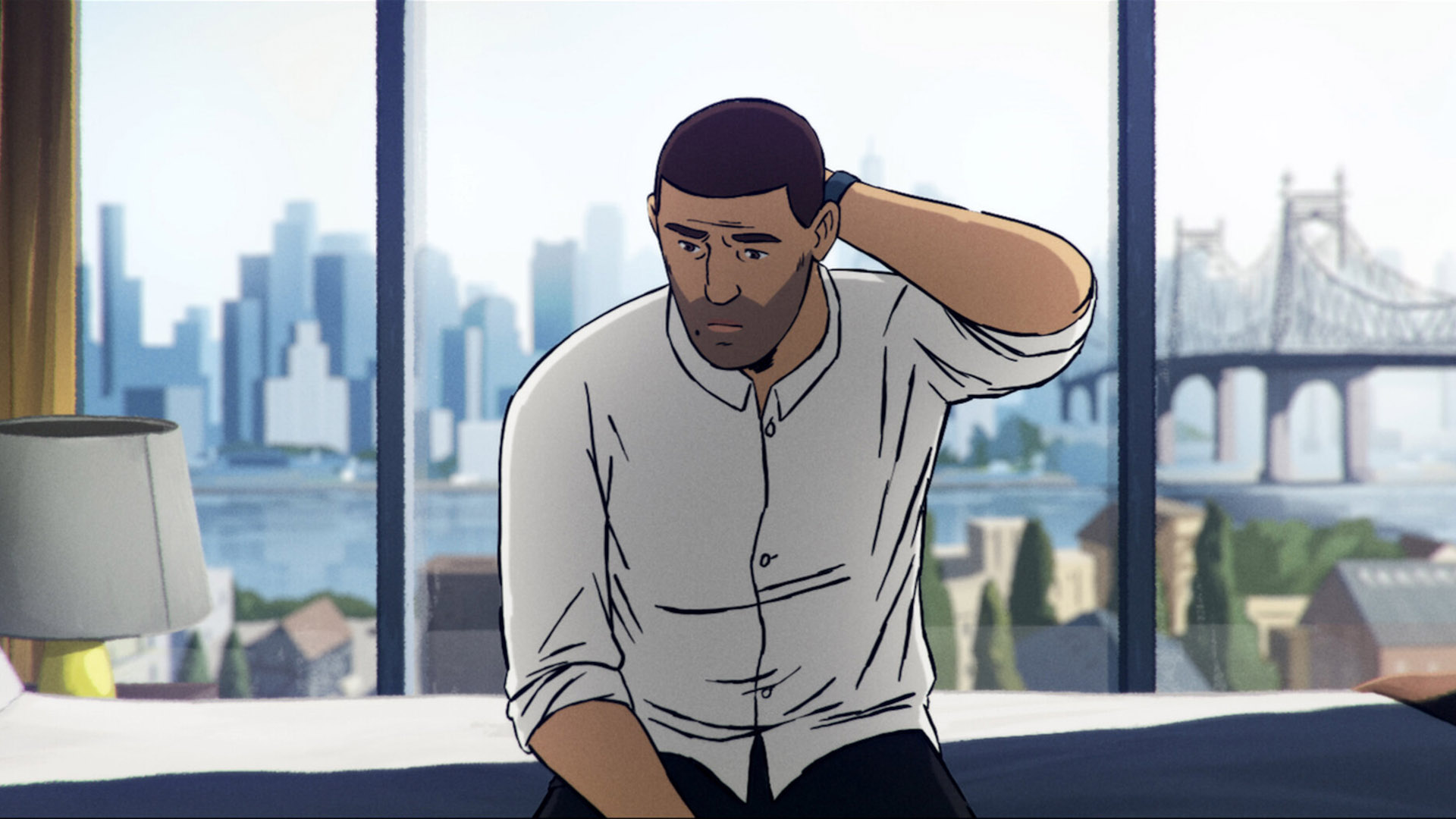 It's not the first time that one film is nominated for an Oscar for Best International Feature Film and Best Documentary. It's happened several times. However, it had never happened before that one film would be nominated for an Oscar in the categories of Best International Feature Film, Best Documentary Film and Best Animated Film.

But it's happened now!

Danish film director Poher Rasmussen's “Flee" - an animated documentary or a documentary animation film, if you prefer - which was also a pleasure and an honor to show at last year's Black Nights Film Festival.

Eleven-year-old Amin is fleeing Afghanistan with her family. His odyssey into the free world lasts a total of five years, separating him from his mother, brother and sisters. Decades later, he tells his painful story for the first time.

"It is a moving story of homelessness and unbelievable injustice, as well as prohibited sexual orientation. The story not only of a geographical escape, but also of an escape from oneself, one's painful past. It's about making peace and the possibility of finding a home again,” we wrote in our introduction.

Representing Denmark in the Best International Feature Film film category, the film has already garnered plenty of recognition here and across the ocean, including winning the European Film Academy's 2021 Best Animated and Documentary Film Awards. The American Film Academy may well follow their lead, but there are others to keep in mind. Strong competition comes in the category, most notably from the Japanese film, Ryusuke Hamaguchi's "Drive My Car" and Paolo Sorrentino's "The Hand Of God". Predicting a winner is an extremely difficult job.

Other PÖFF films did well as well: "Belfast" is nominated for an Oscar in seven categories, the already mentioned "Drive My Car" in four, "The Eyes of Tammy Faye" and “Parallel Mothers” in two and the documentary “Ascension” in one category.

In addition, Joanna Quinn's and Les Mills' film "Affairs of the Art" and Hugo Covarrubias' and Tevo Díaz's "Bestia", which were part of the program of the short film and animation festival PÖFF Shorts, were nominated for the Oscar for the Best Short Animated Film.

A total of 92 films were considered for the Best International Feature Film Oscar, 17 of which were screened at PÖFF in 2021 and 9 in the 2020 PÖFF program.

The winners will be announced by the American Film Academy on March 27.

"Flee" and "Drive My Car" are currently being screened in selected Estonian cinemas. It is worth taking the opportunity to see them on the big screen!