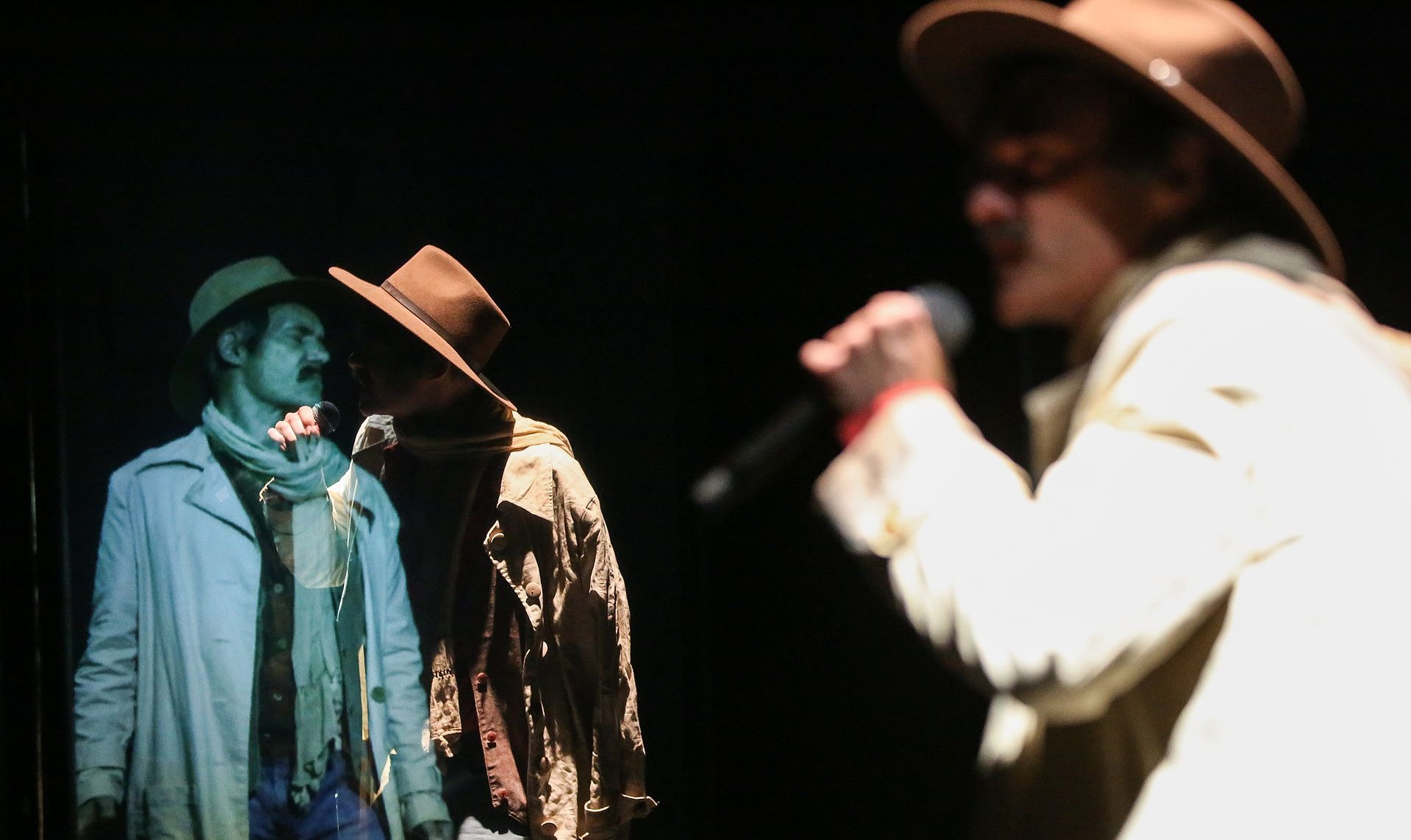 The electronic opera featuring actor-singers, virtual opera soloists, live electronics and robots, is a fantasy version of the last film made by Russian film director Andrei Tarkovsky. Tarkovsky, who is already terminally ill, will suddenly have the opportunity to make his eighth film, despite the prophecy that he will be allowed to make only seven films. The director's internal struggle, which begins with this proposal, will take place in a near future, where virtual reality and robots have become an integral part of everyday life.

"This chamber musical theatre piece has a cathartic effect," wrote the Austrian daily Der Standard after the opera's premiere in autumn 2020 in Vienna. The dreamy and mysterious “Tarkovsky - The Eighth Film” will be performed for the first time in Estonia.

The author, librettist and director of the opera is Austrian Thomas Desi, the writer and performer of the music is the ensemble NIHE /(Taavi Kerikmäe, Tarmo Johannes and Ekke Västrik). Tarkovsky is played by Gilbert Handler.

The venue in Tallinn is symbolic: a part of Andrei Tarkovsky's film "Stalker" was shot in the vicinity of Kultuurikatla. According to Heili-Vaus Tamme, the opera producer at Eesti Kontsert, the location was fated to be: 44 years after Stalker's shoot, Tarkovsky runs down the same stairs again and interacts with characters appearing on the walls, including his own wife, daughter, a robot arm and eighth film mysterious benefactor.

Tiina Lokk, the head of PÖFF, also looks forward to the performance.” The shifting of borders and their overlapping, the symbiosis of different arts, is always exciting and enticing and corresponds to the exploratory spirit of our festival. And where else to perform an opera about Tarkovsky, if not at the place where, in "Stalker”, the entrance to Zone opens,“ she said.

“Tarkovsky - The Eighth Film” was first performed at the Ars Electronica Festival in Linz, one of the world's best-known cultural festivals of art, science and technology. In 2018, the project was nominated for the FEDORA Prize in the European Musical Theater Idea Competition.

The work is a collaboration between Eesti Konsert, the Vienna Center for Performing Arts (WUK), the Linz State Theater, the Ars Electronica Festival and Black Nights Film Festival. The performances are part of East Konsert’s future art series "Curioosum", which seeks the points of contact between music, science and technology.

Tickets are on sale at Piletilevi and at the box office of the Estonia Concert Hall and the Vanemuine Concert Hall.