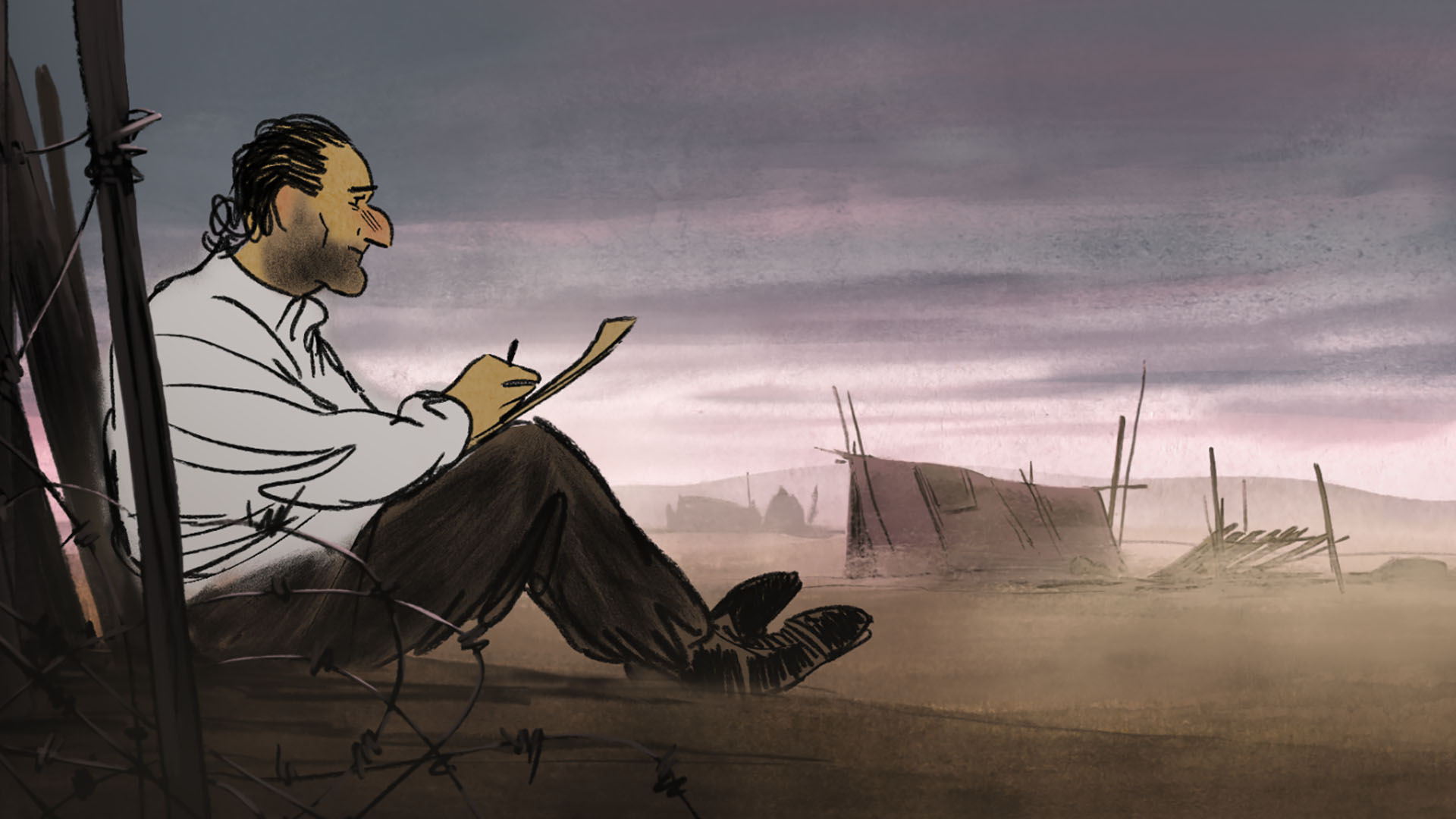 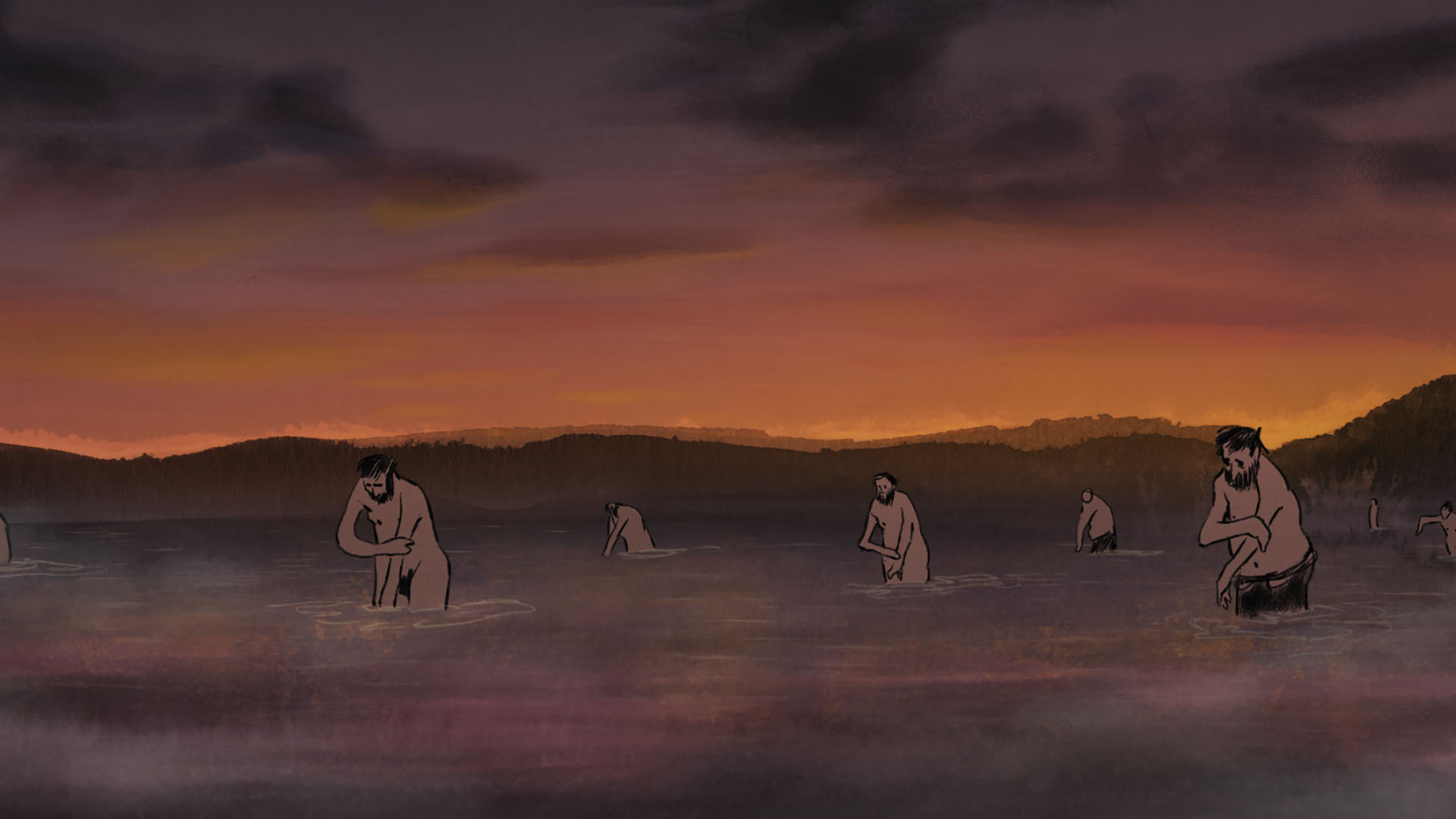 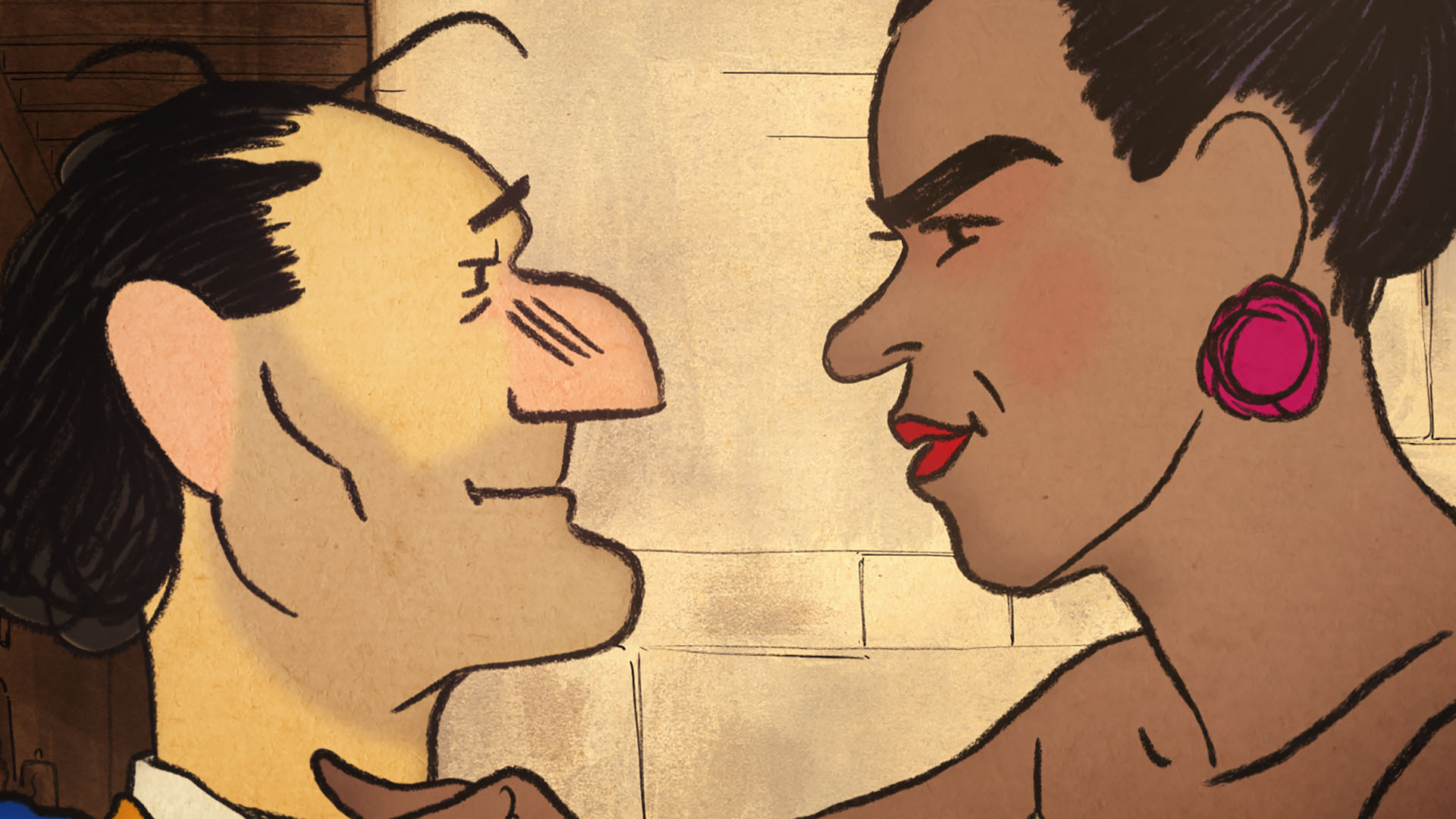 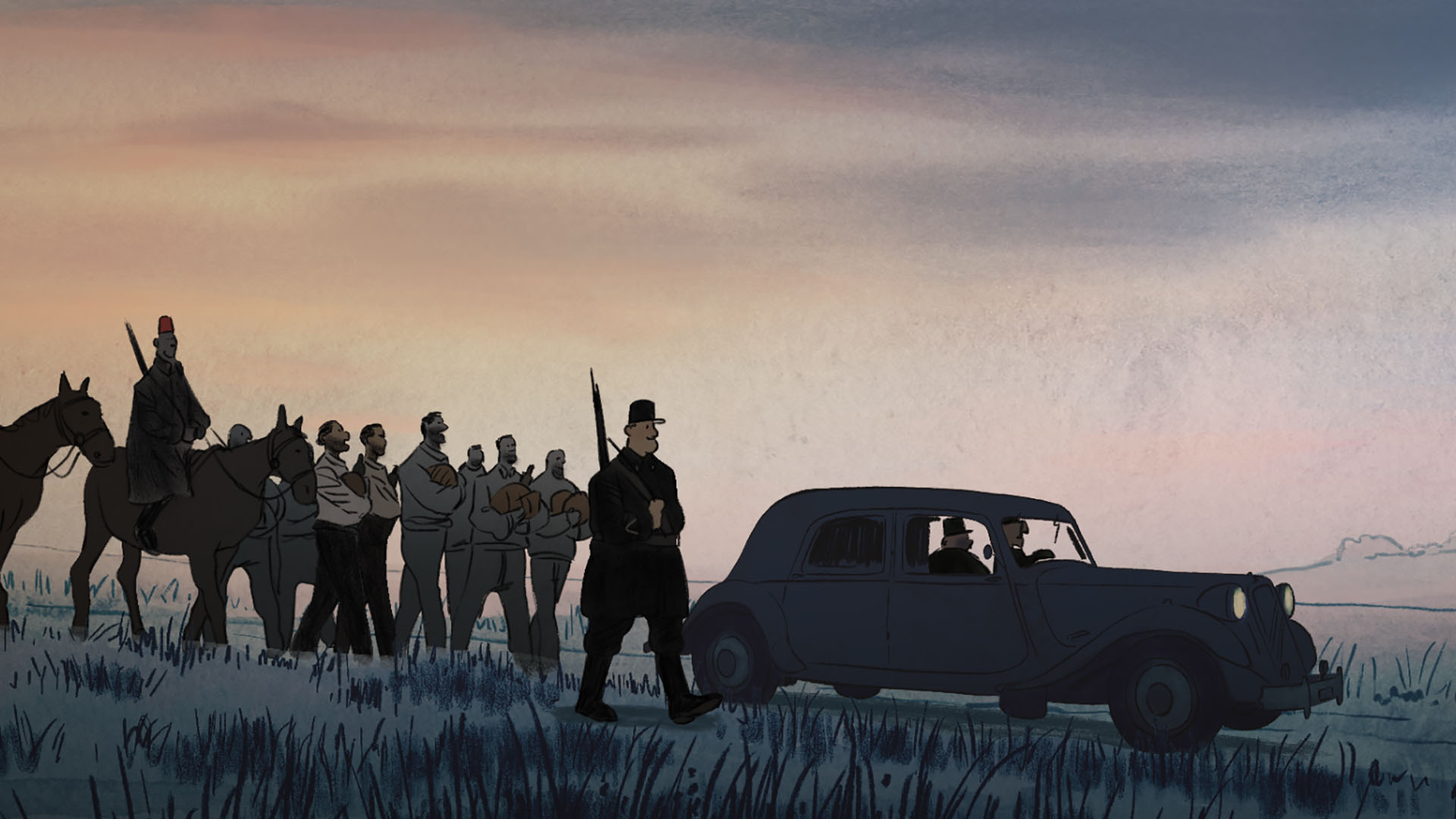 A long time ago, in February 1939, the end of the Spanish Civil War forced tens of thousands of people fleeing Franco’s dictatorship to enter France, only to be interned there in horrendous refugee camps. Separated by barbed wire, two men, one a young French gendarme, the other Josep Bartolí, a Spanish resistance fighter, illustrator and artist, make friends at one of these camps.

French director Aurel’s hand-drawn film masterfully tells the story of Bartolí’s escape with expressive tableaus teeming with visual poetry. The film, which takes a pensive look at a forgotten chapter of European history, is at the same time a fascinating homage to the power of the art of drawing and the political struggle for resistance.