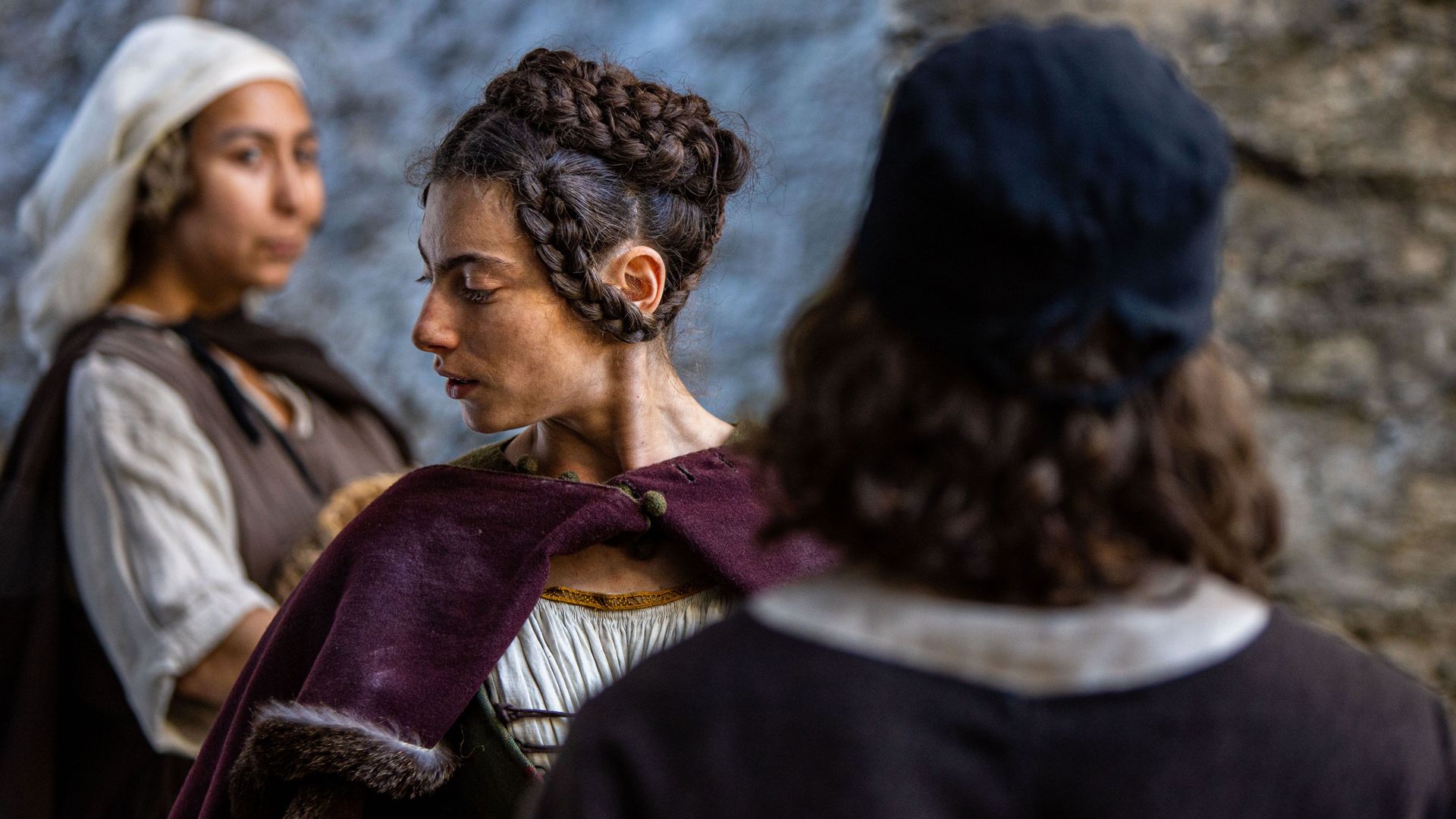 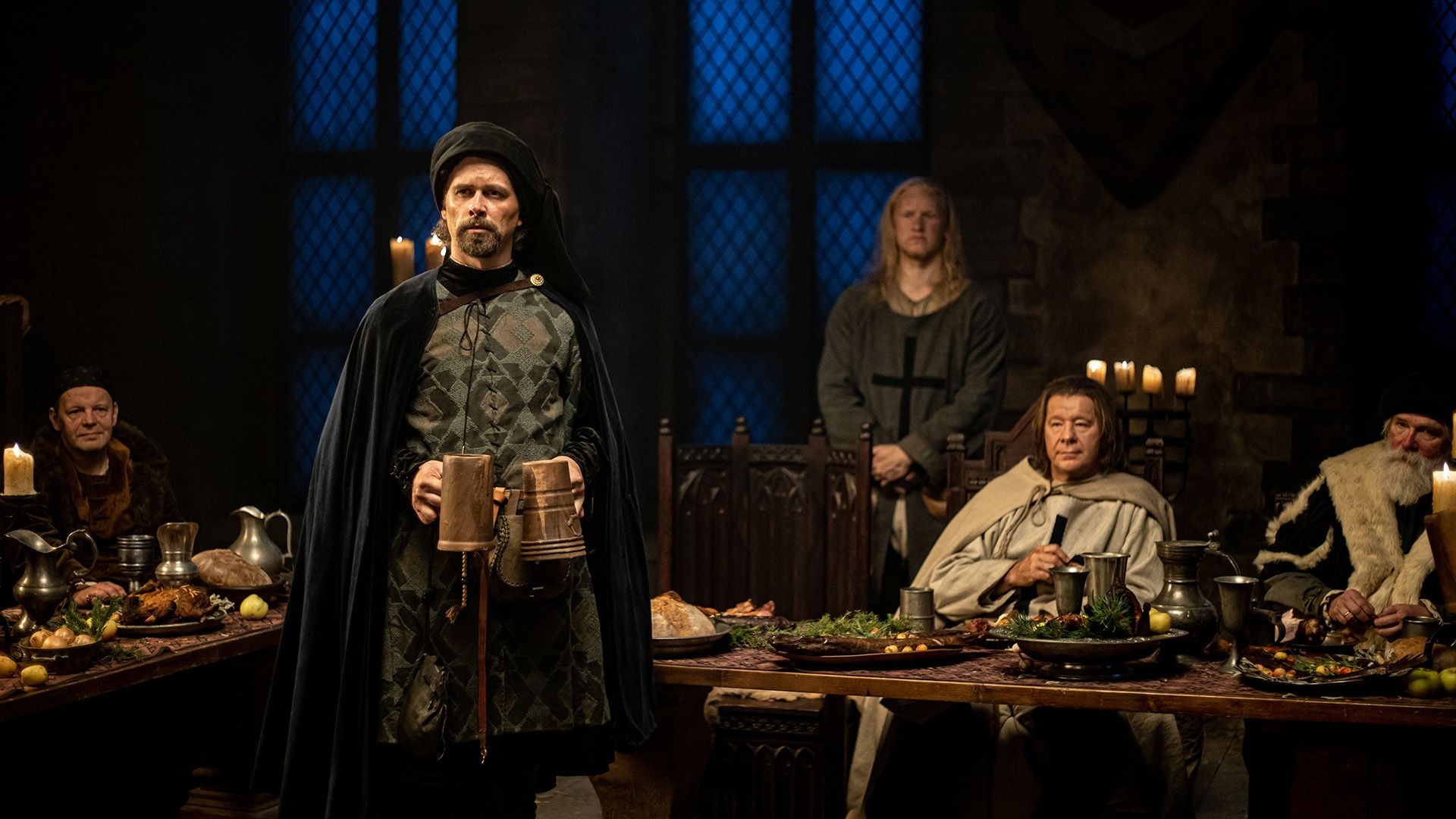 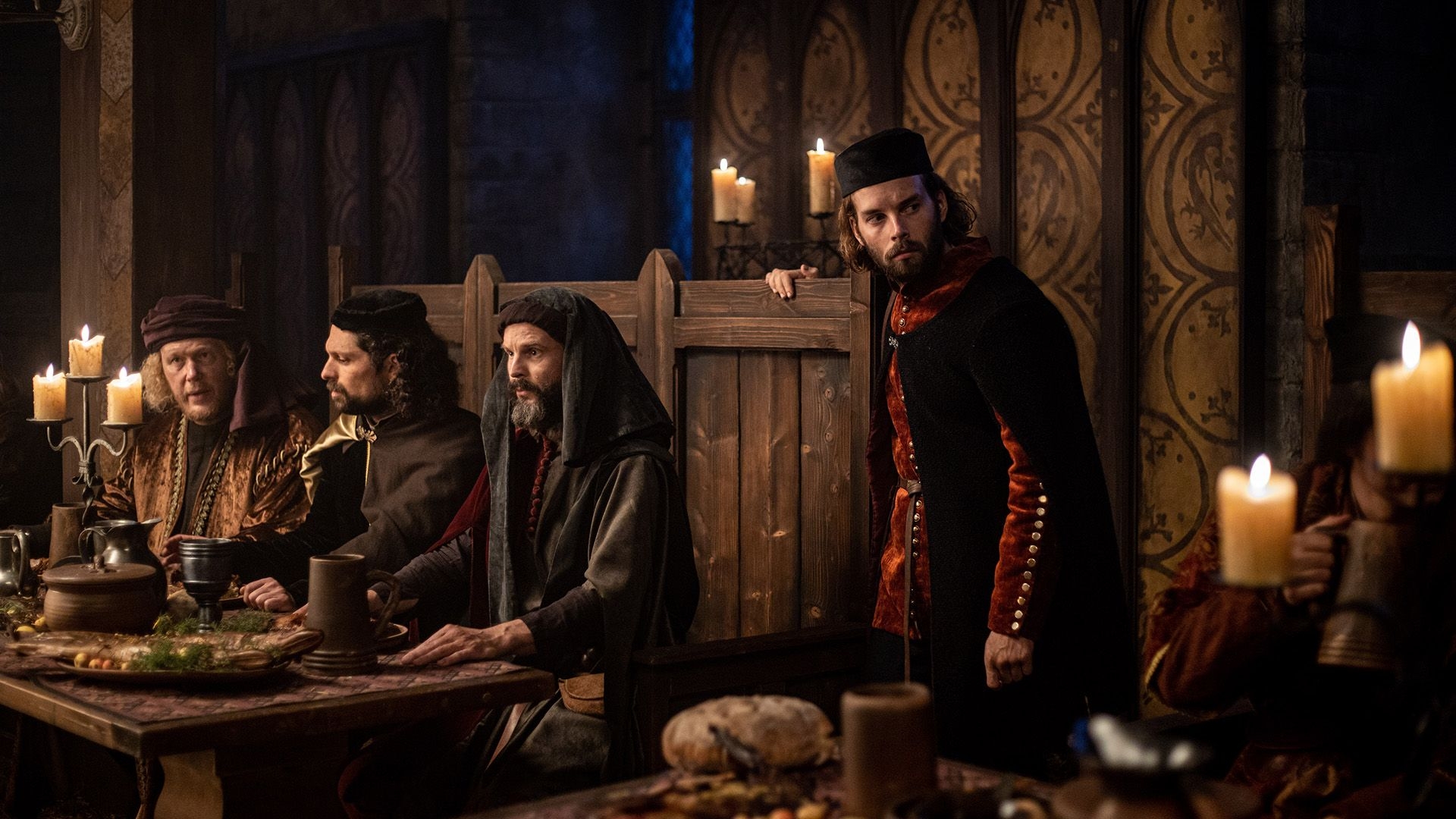 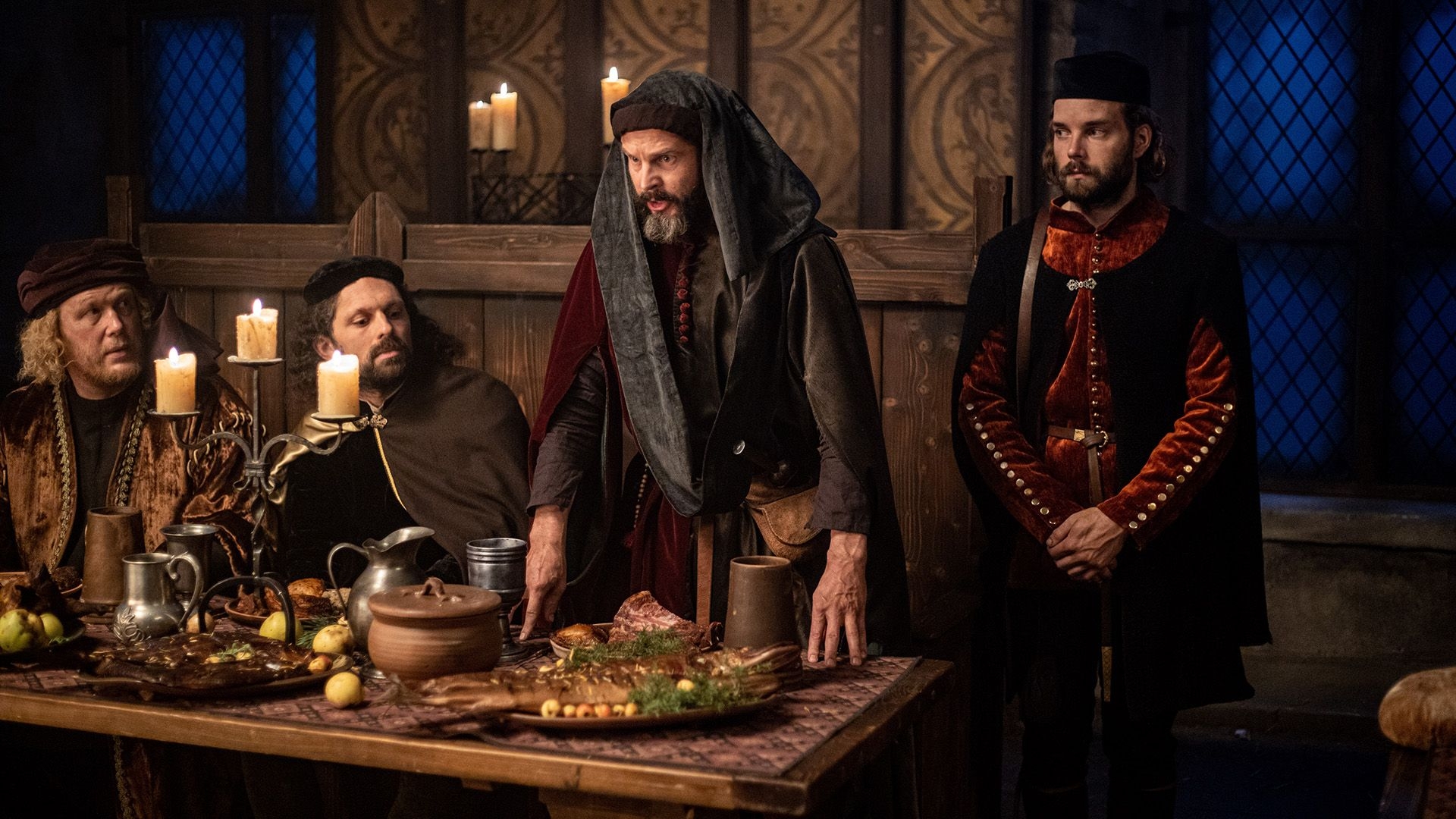 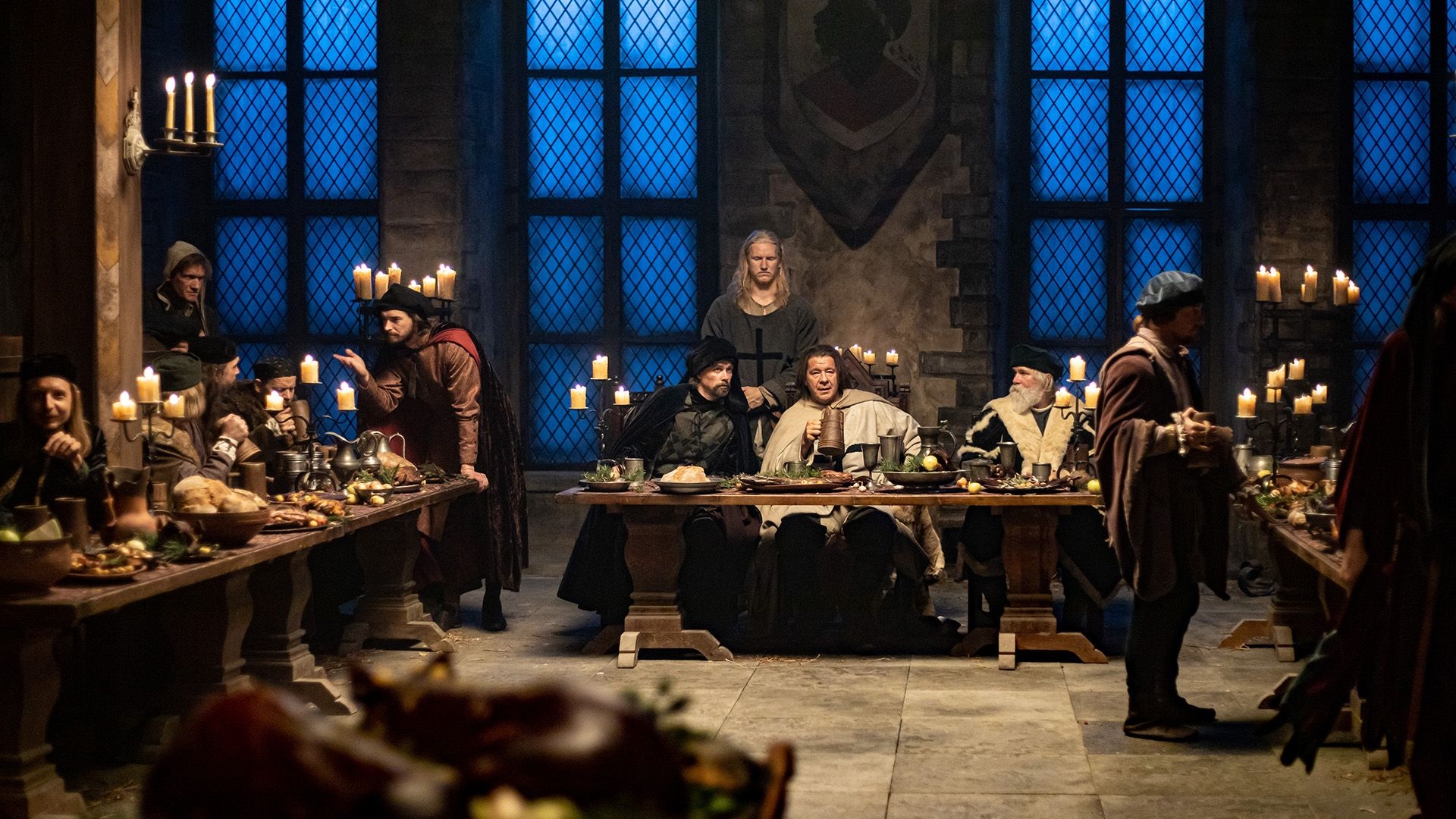 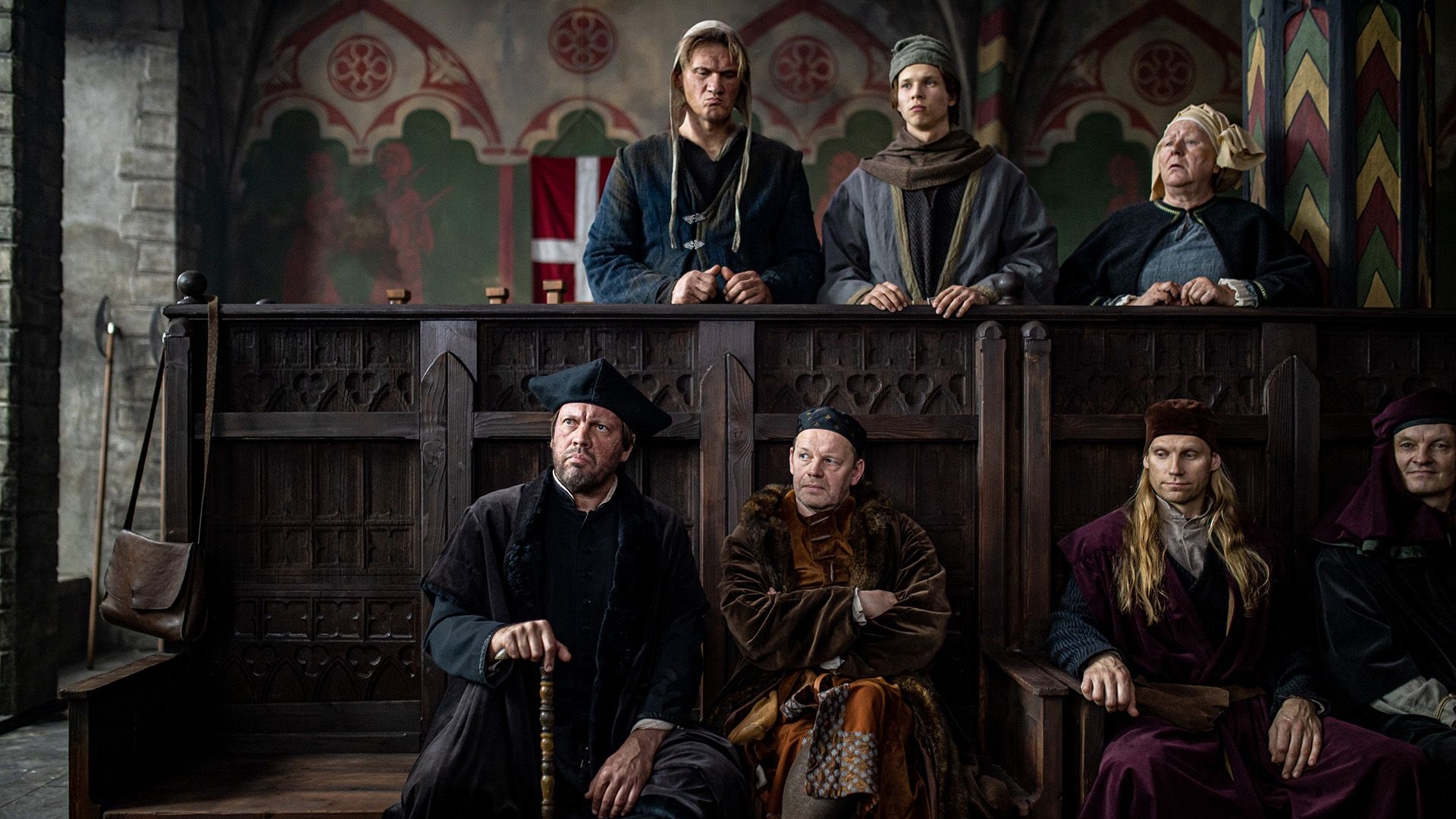 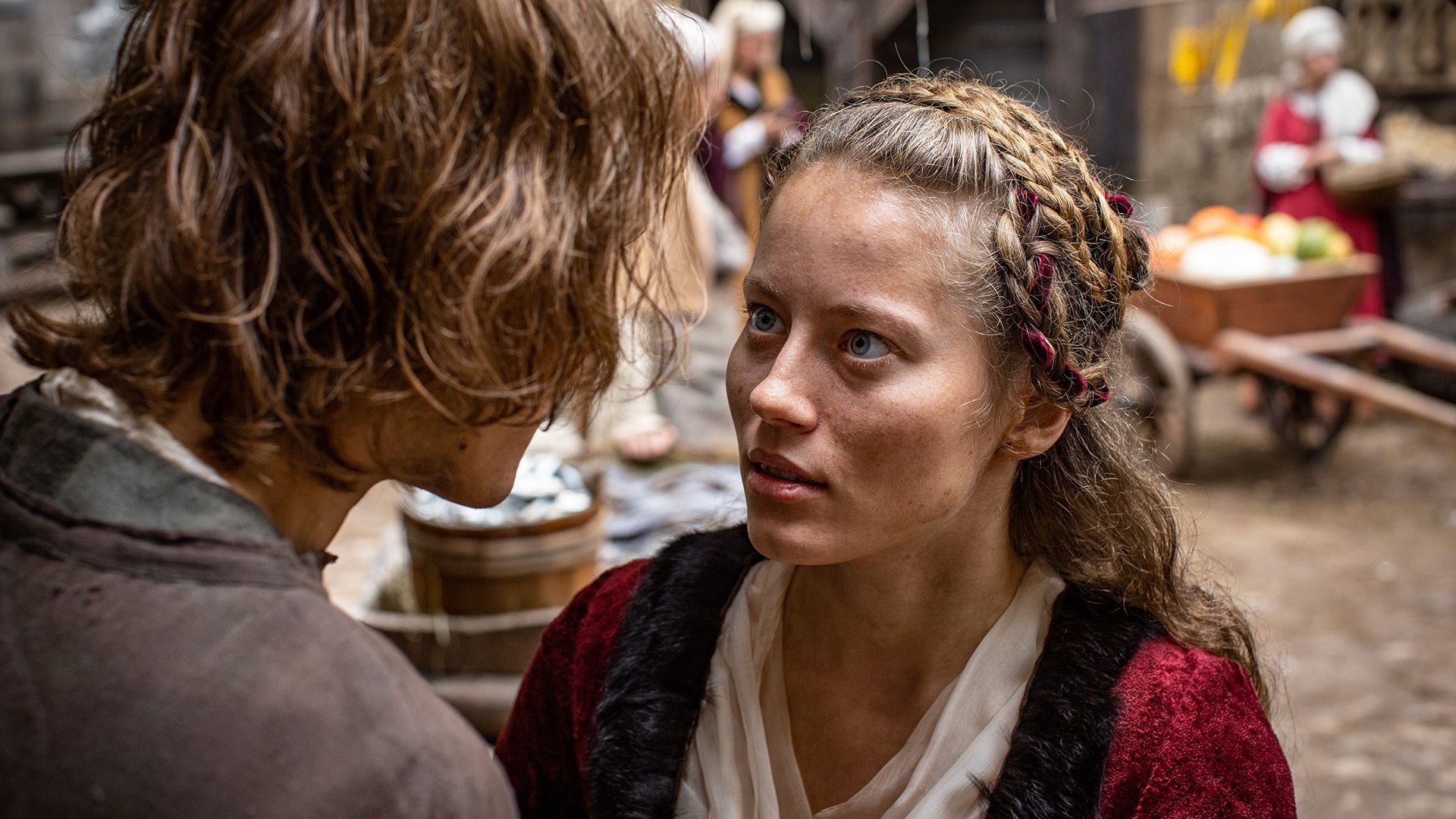 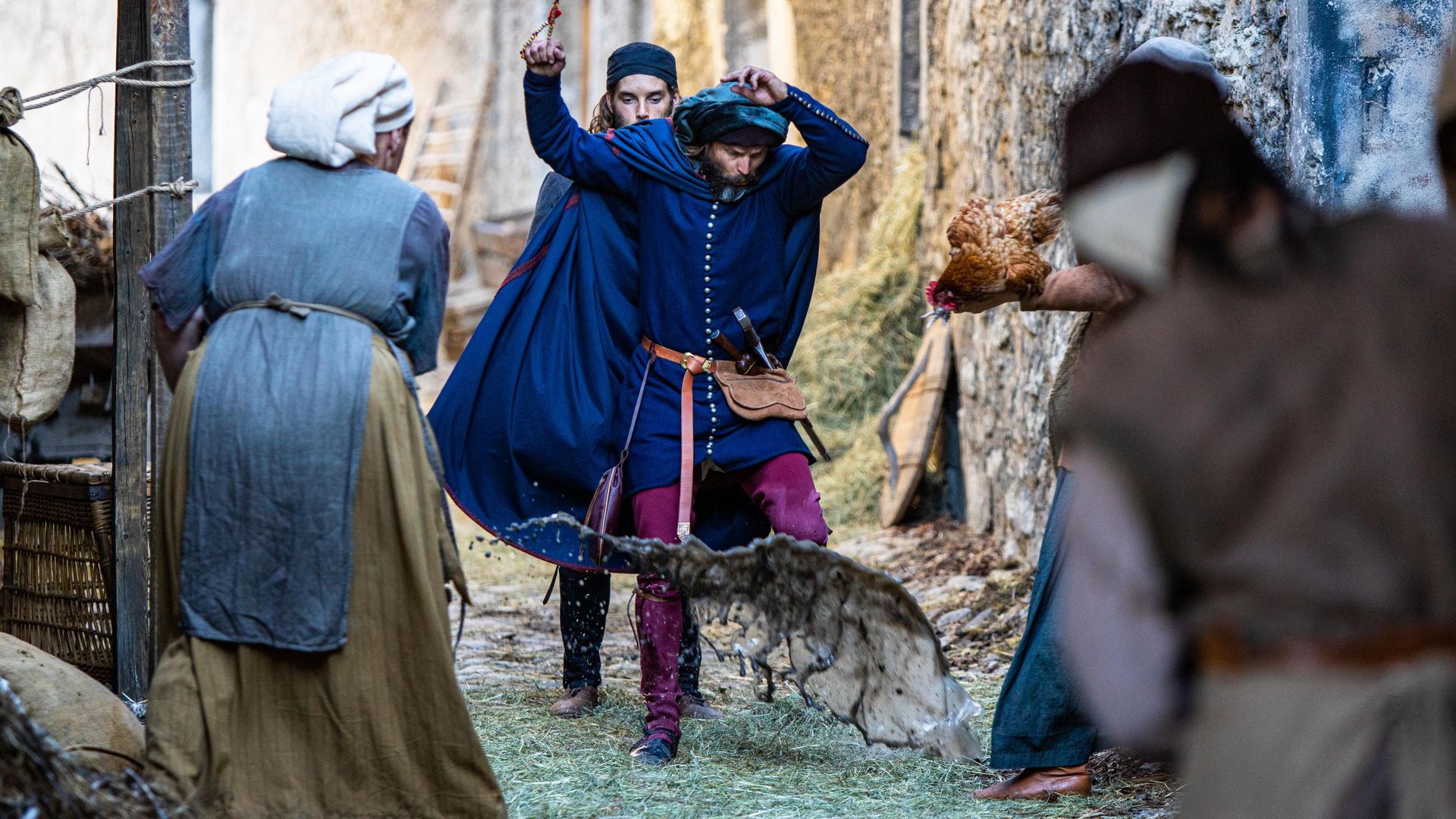 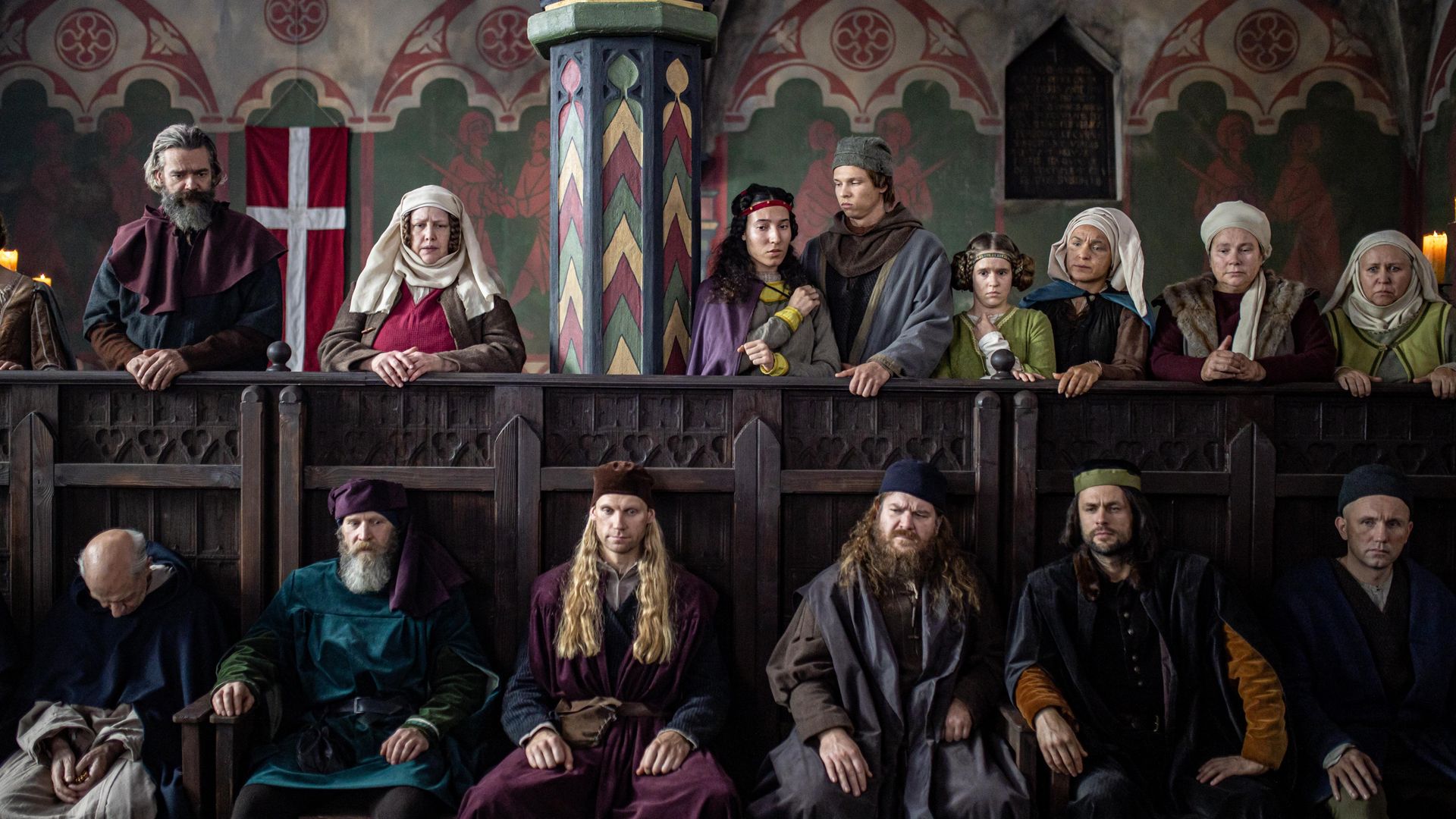 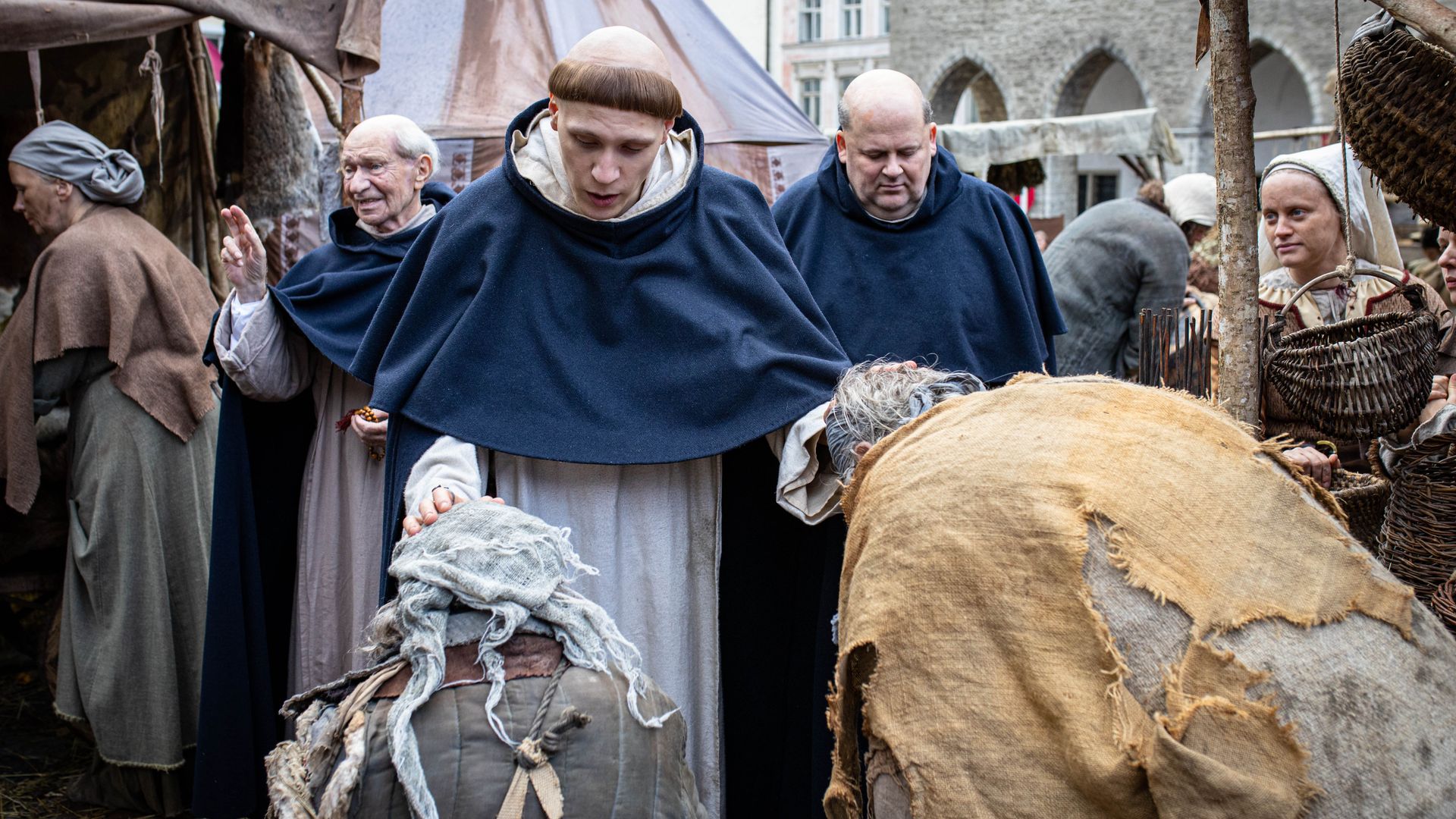 All three Baltic countries joined forces and also received a lot of international help to create the most ambitious epic since regaining independence. Estonian author Indrek Hargla has written seven books about the adventures of Melchior Wakenstede in the historical locations of Tallinn. Two of those books have already been shaped into medieval noir thrillers and the third one is in post-production, and it is possible that the trilogy may not necessarily remain a trilogy.

If you have ever visited the Tallinn Town Hall Pharmacy with its history of 600 years and spotted the crocodile hanging from the ceiling, you can now see that beast again among the knights, commanders, monks, executioners, goldsmiths, master craftsmen, whisperers, merchants and rats of Tallinn.

Knight Clingenstain has been beheaded with his own sword which is found hidden in pile of horse manure, and his new gold chain has been stolen. The irritated Magistrate appoints Melchior, an intuitive apothecary and self-established investigator, to track the murderer who had doubtlessly acted upon someone’s peculiar orders. Melchior decides to start by visiting the town’s seven goldsmiths, but then concludes that silence and peace are the best cures for his headache. The stubborn idealist finds himself in an endless maze of suspicions, false accusations, religiously blessed manipulations, misleading clues, unforgivable tortures, false thefts, murky confessions, cruel poisonings, double identities and fateful kisses.

An inventive fantasy about Tallinn’s medieval crime history, enriched by tricky stunts, fine chases, virtuoso visual effects and smart twists open to interpretation. Even demanding genre cinema fans should feel both engaged and entertained by Hargla’s rich imagination, when they get an opportunity to guess the perpetrator in this detective game which the co-authors have written into an even more exciting film.

Melchior the Apothecary. The Ghost

Both parts of the Melchior films are currently playing in Estonian cinemas and have attracted more than 200,000 viewers. As always in life and in every cinematic saga, supporting characters, unspoiled tiny details and insignificant whispers may suddenly gain a bigger importance and influence. The 15th century blood-hunt continues in the impressively visualised medieval Tallinn. It is truly magical to watch how well-known castles, churches, the Town Hall square and the city streets are transformed into authentic and mysterious locations, but also how colourful frescoes provide unexpected clues.

Director Elmo Nüganen and author Indrek Hargla do not even attempt to hide their intentions to surprise with further twists, turns and traps, unspoiled by the previously published book. The second part in the “Melchior the Apothecary” saga marks the swan song final performance by Raivo Trass (whom we remember from a supporting role in the eternal “Tangerines”) and plunges into spooky darknesses, bizarre mysteries, sinful perversities, painful whiplashes, terrible lies, underground secrets, sweet revenge, and vengeful ghosts who are afraid of the red colour.

Rataskaevu Street is haunted. A dispute between influential merhnts Goswin and Bruys is tangled in muted consequences. Grave punishments shock the citizens of Tallinn under the invisible control of rivalling religious orders. Several victims are found with marks and wounds on their bodies. There is a rumour that the murdered victims encountered a mysterious ghost before their last breaths. However, detective Melchior doubts whether ghosts are capable of exacting revenge, and that this is someone else’s handwork. Clues lead Melchior to the Pirita Convent where indecent buried revelations await him.

And let’s not forget about apprentice Gerke who arrived in Tallinn from Riga … or perhaps from Rostock. She knows everything about herbs, wounds and burns, but she doesn’t talk about herself, although she has promised her heart to her beloved Melchior. Her real name is Keterlyn Kordt. No one thinks to look for her in this town.