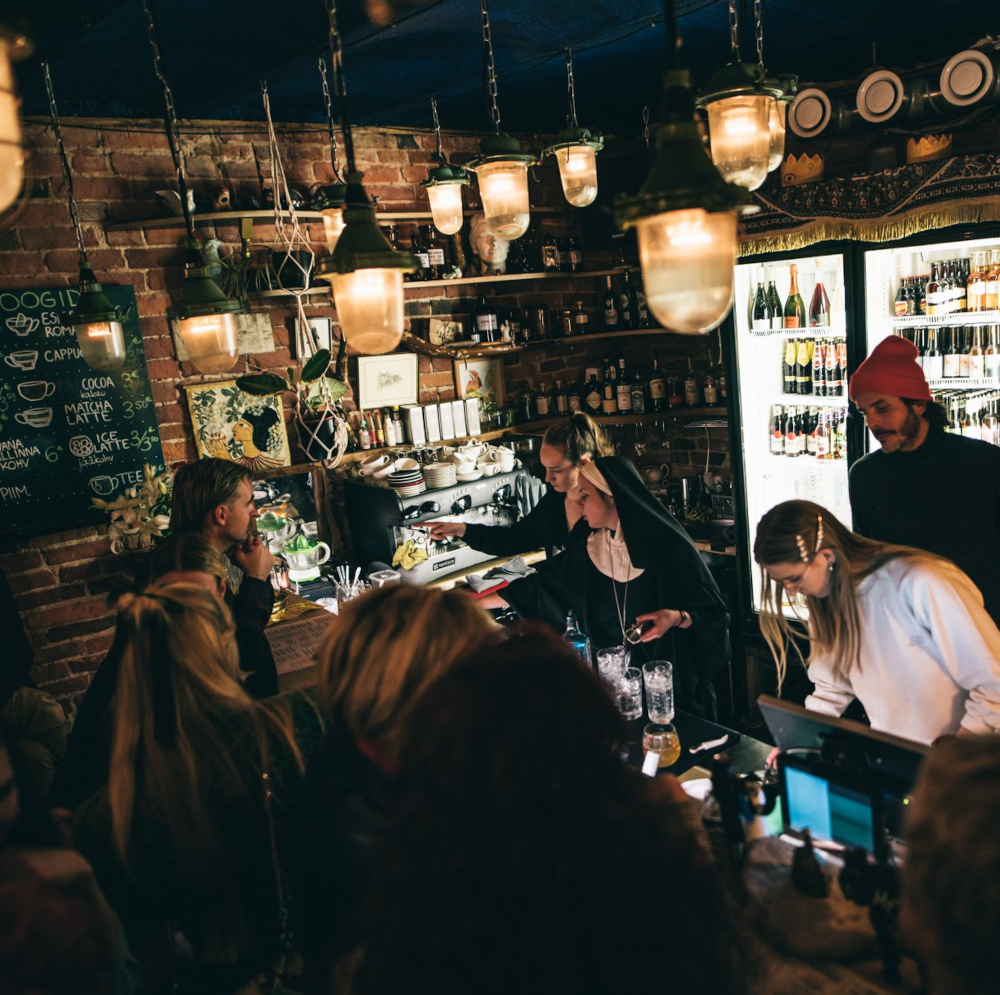 Four years ago, Priidu, Eri, Siim and Riina all had the same dream: a two-headed snake appeared to them, drinking gin’n’tonic, and told them to open the most wicked and cool bar in the Old Town of Tallinn. That was the birth of Naganaga where you will find the friendliest bar in Tallinn, the craziest parties of the Festival and the best new friends. If you don’t believe me ask Henning, the director of a wacky film called ‘YUNG’, or Takeo, the head of the Tokyo Film Festival. Purely logistically and opening times-wise Naga is the best place if you’d like to have some drinks, something to eat and to socialise after a late-night screening. And to dance and listen to music, of course. I promise you’ll have fun!