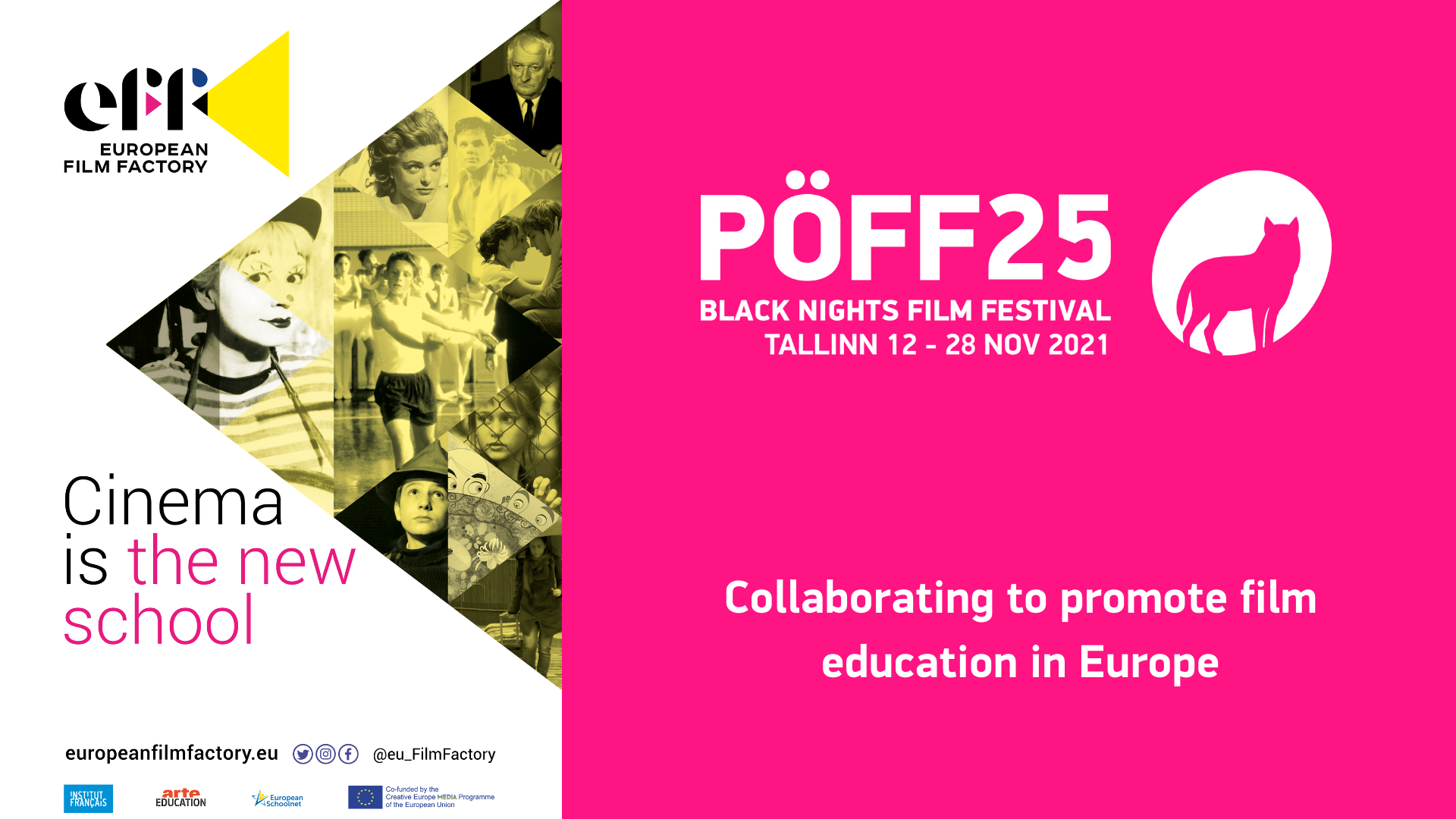 The aim of the cooperation is to further develop film literacy in European countries by providing schools with an effective online tool supporting the inclusion of the art of film in the classroom. The project is focused towards general schools, students aged 11 to 18 and their teachers, of the member states of the Creative Europe programme.

Tallinn Black Nights Film Festival (PÖFF), one of the 15 FIAPF A-category film festivals in the world, highly values film education and has been contributing to the development of film literacy among the Estonian youth during the last 20 years through its youth and children’s film festival Just Film. Now the festival is entering a new, digital era by bringing e-learning possibilities to Estonian schools.

In March 2021, PÖFF launched the e-learning platform PÖFF Film School, directed to Estonian general schools. The main goal of this project is to promote film studies and to bring film education to schools for general education. Most Estonian schools do not offer film studies today. In addition to increasing students’ knowledge of film, it is also important to train teachers in how to use film in education and to introduce the possibilities of integrating the art of film as a means of expression with other subjects. Increasing the competence of teachers reduces the need for separate film teachers, but at the same time increases the possibility that film education will remain in schools.

The Institut Français is leads the film education project European Film Factory, co-financed by the MEDIA / Creative Europe program of the European Union. This project is implemented in partnership with ARTE Education, a subsidiary of the European television channel behind the digital educational service Educ’Arte and European Schoolnet, a non-profit organization which brings together thirty-four ministries of Education in Europe.
The secured platform European Film Factory allows teachers and pupils aged 11 to 18 from all the member States of the Creative Europe program to access for free and exclusively on subscription to a catalogue of European film heritage films online.
Each film or short film programme is accompanied by an innovative educational guide created by a group of volunteer teachers, coordinated by European Schoolnet and put at the disposal of the teachers. The platform also has interactive tools for strictly educational purposes to annotate, select a scene, create mind maps, etc. which allow pupils to take an active part in their cinema education.
The platform and all of its content, including film subtitles, are available in German, French, English, Italian, Spanish, Polish, Romanian and Greek.
Beyond the objective of film education, the project aims to support and promote the dissemination of European film heritage films to a broad young audience.

All Estonian students and teachers of general schools will be able to participate in the European Film Factory project. Being able to access all the films, additional materials and study-guides as well as incorporating with the PÖFF Film School courses.
One of the future plans for this cooperation is to create PÖFF Film School courses in other European languages and provide the EFF platform with Estonian materials.
The collaboration between Tallinn Black Nights Film Festival and the European Film Factory is the beginning of an important cooperation that will contribute to evolving film literacy in European countries and providing Estonian schools with a necessary tool that will encourage Estonian schools and teachers to include the art of film in everyday school work.