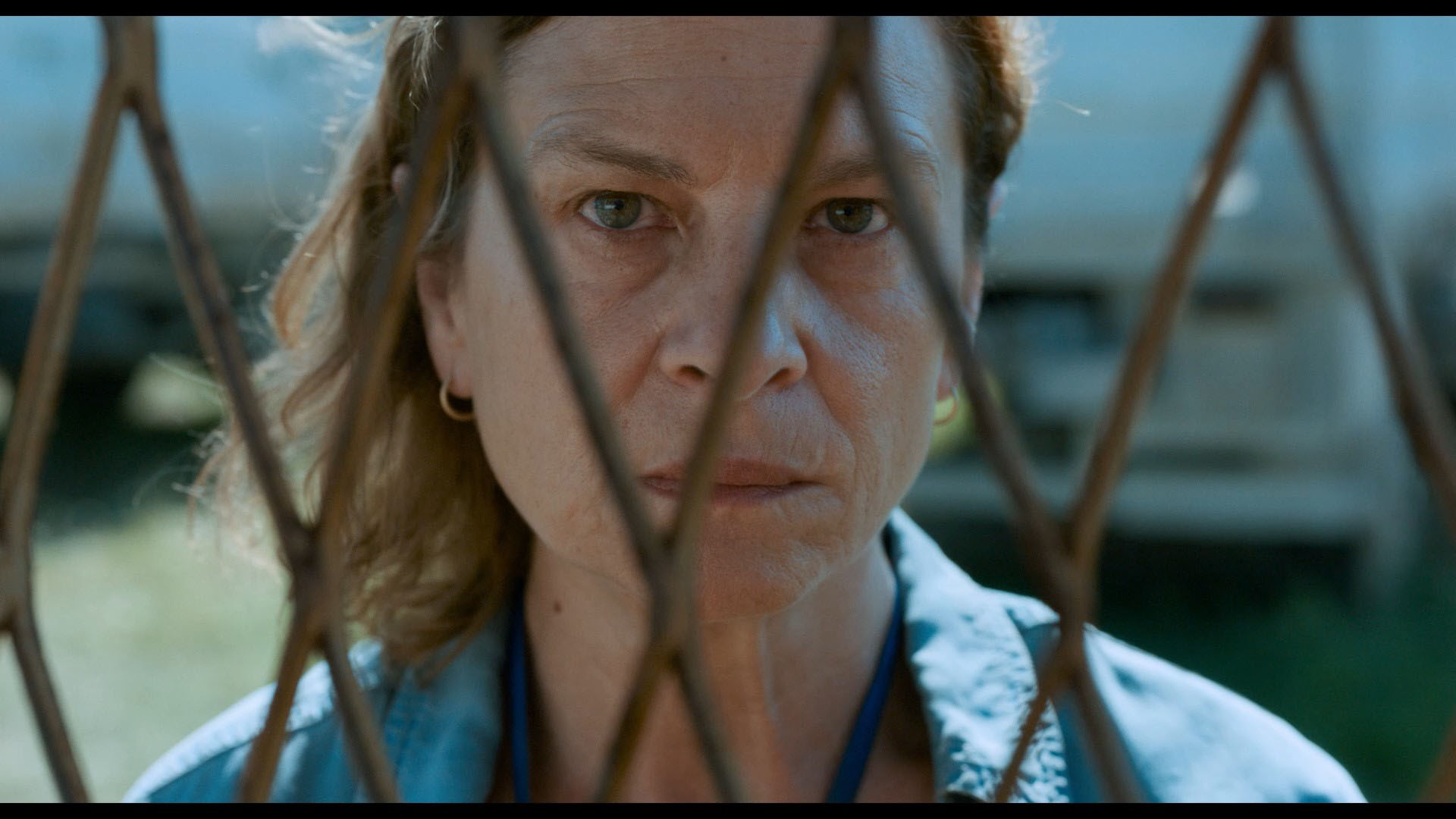 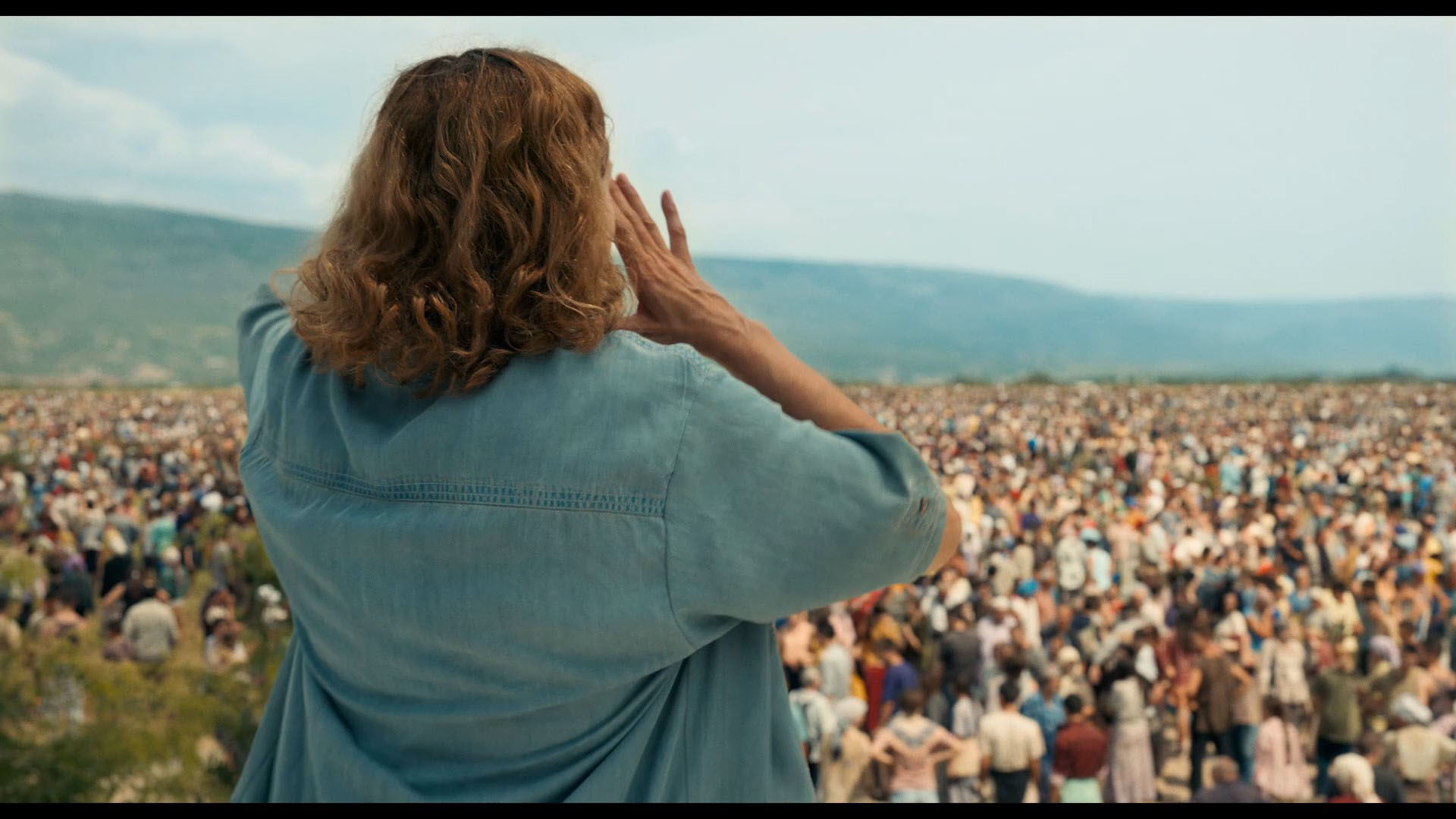 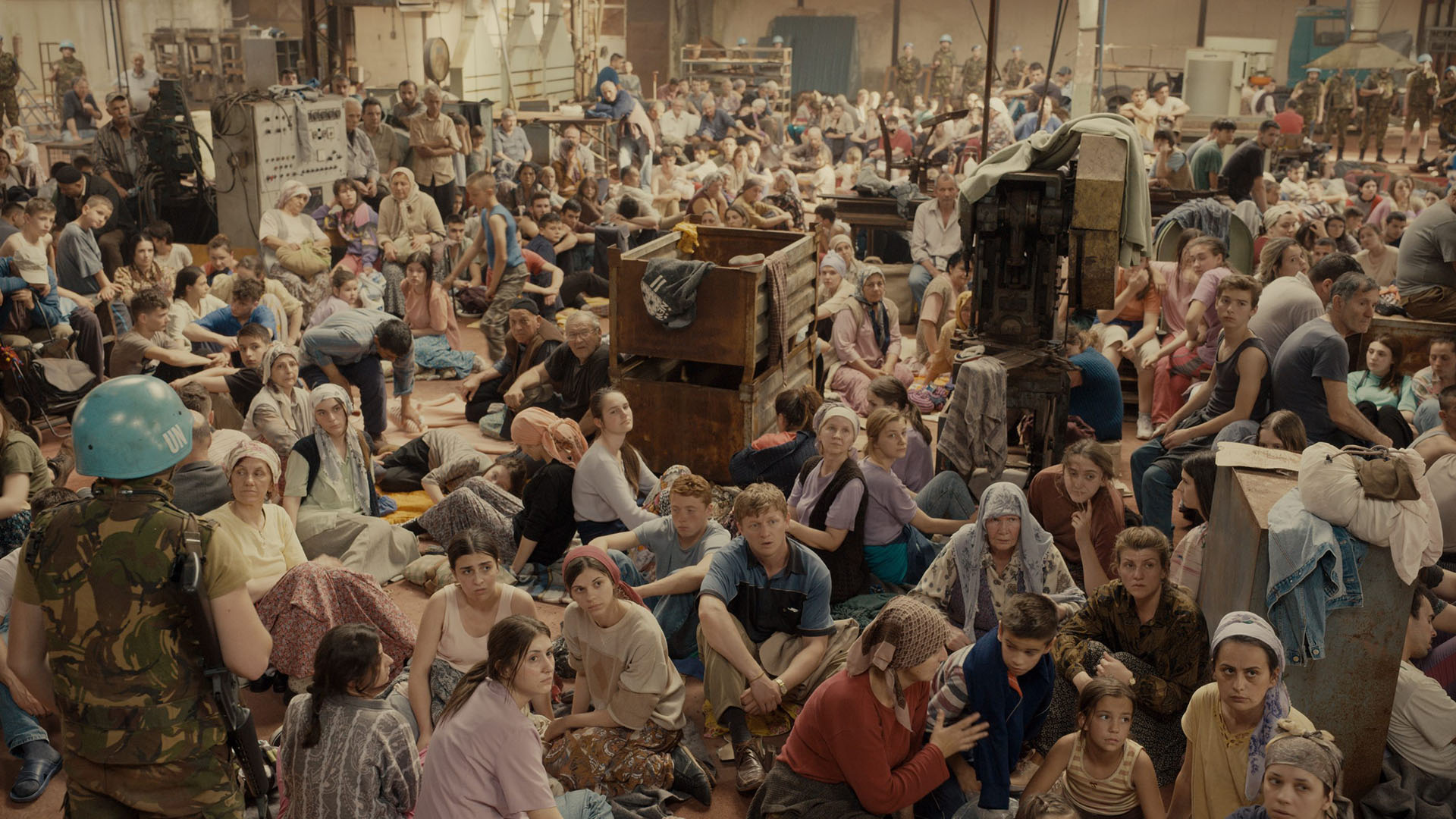 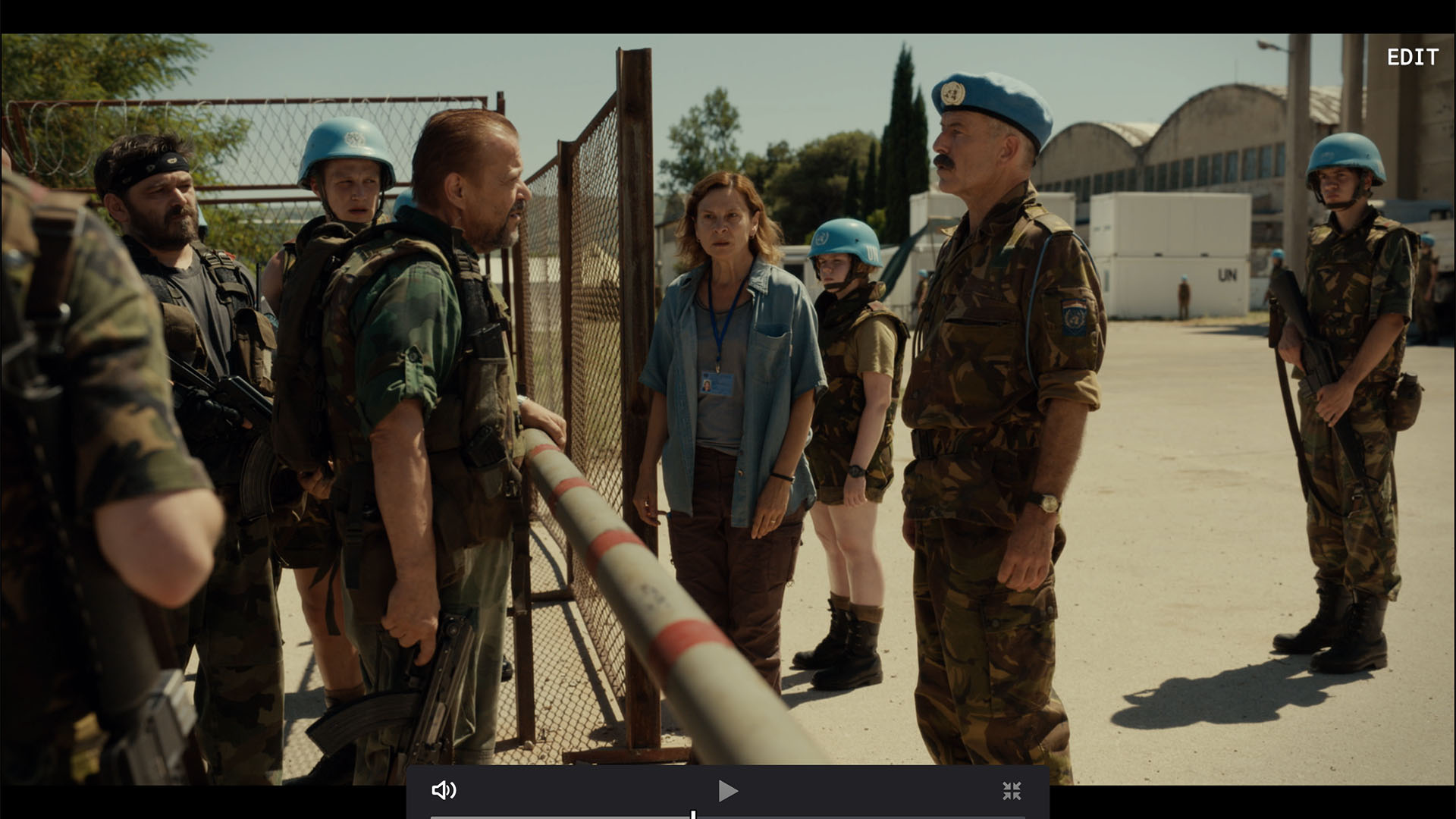 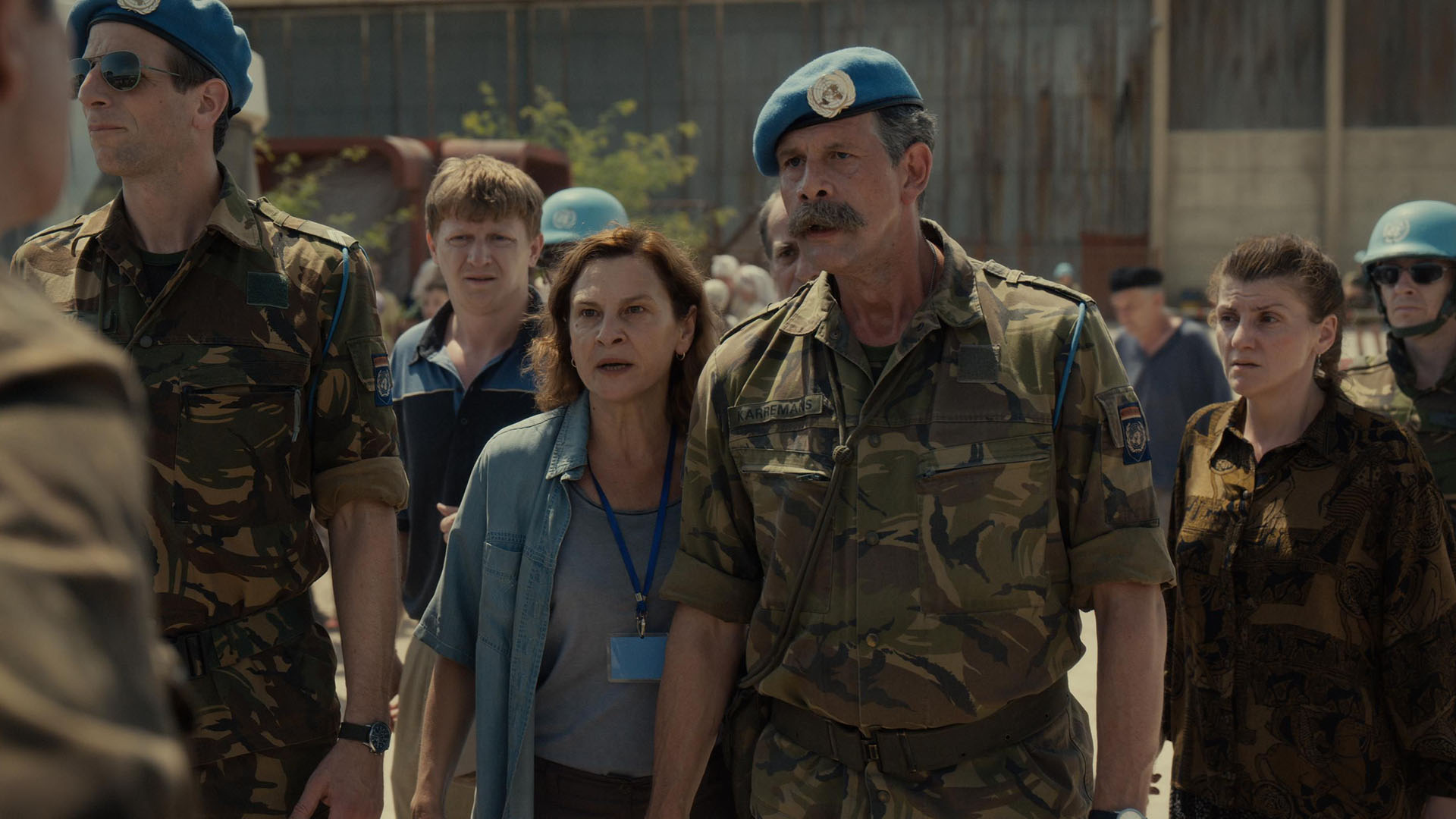 Based on true events, the film tells the story of Aida (Jasna Ðuričić), a middle-aged English teacher and translator taking shelter in a United Nations military base operated by peacekeepers, alongside her husband, two sons, and 30,000 other refugees. As the Serbian army encroaches on the town and fatal round-ups begin, a UN ultimatum is ignored by the invading forces relentlessly shelling the besieged civilians.

The protection of the UN peacekeepers crumbles as the situation escalates with the arrival of Republika Srpska army commander Ratko Mladić (Boris Isaković), who would later be convicted as a war criminal for his actions during the Yugoslav Wars. With the UN’s uselessness laid bare, and the refugees left as lambs to the slaughter, Aida frantically scrambles to save her family within the so-called safe zone.