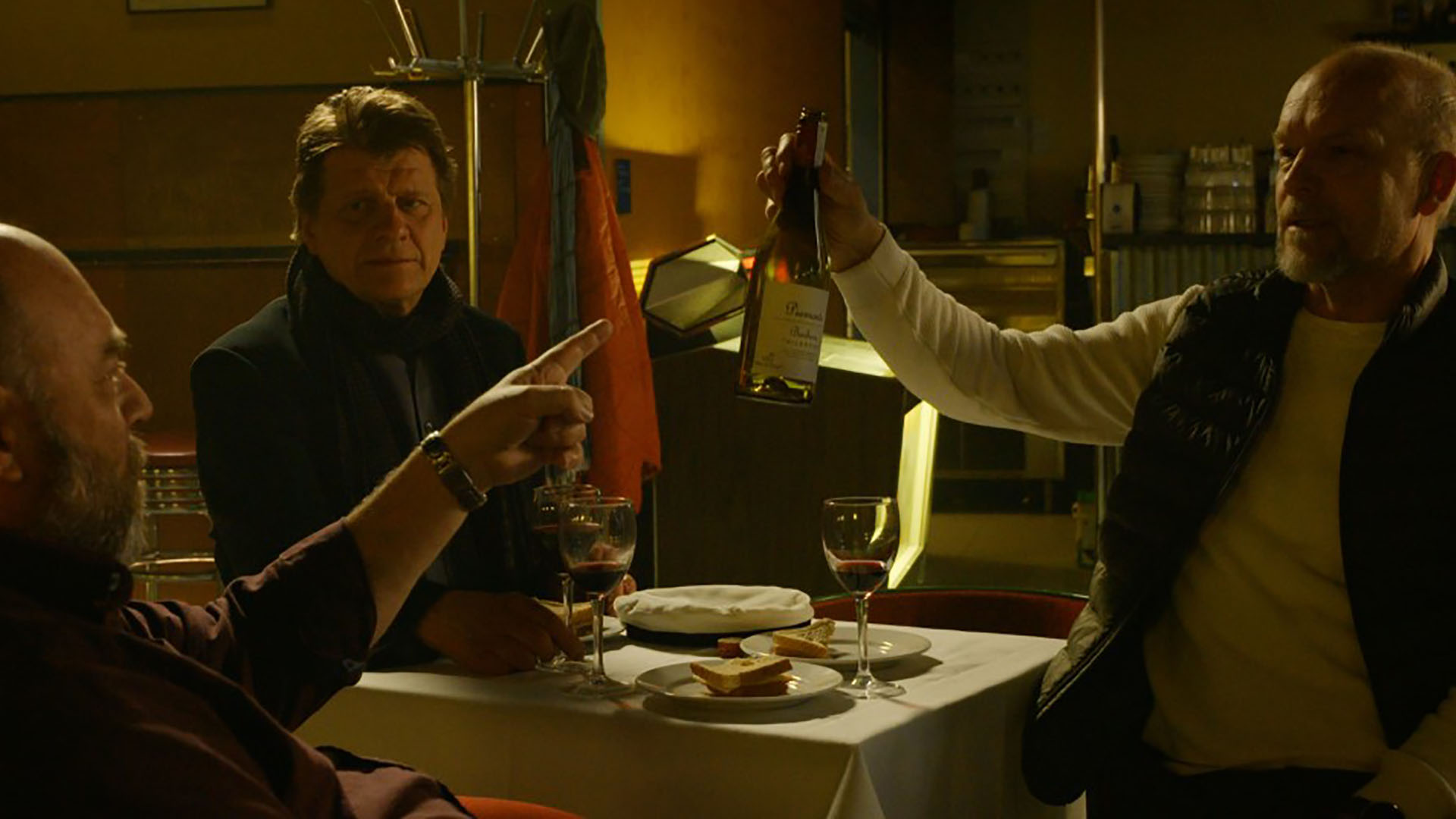 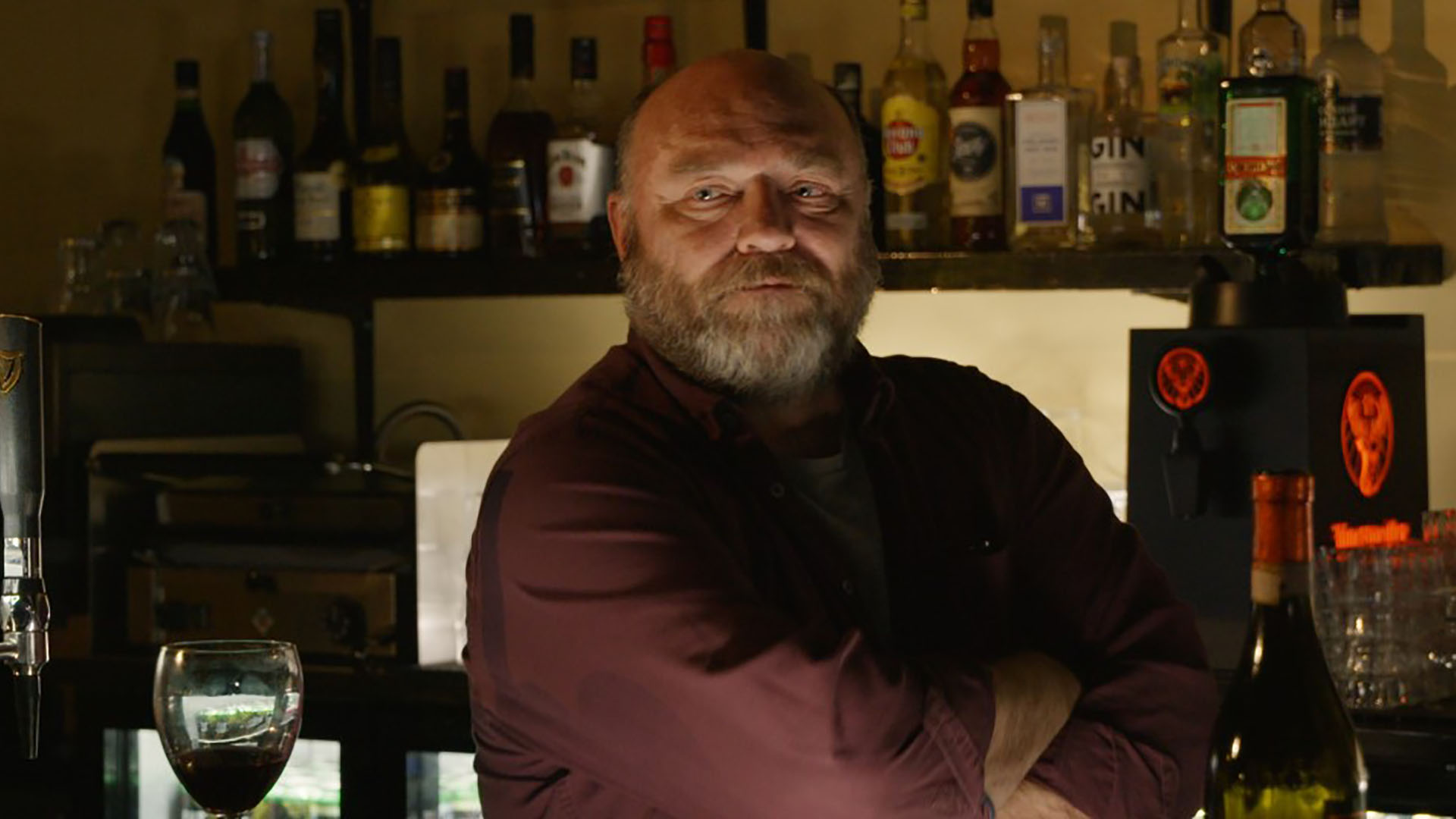 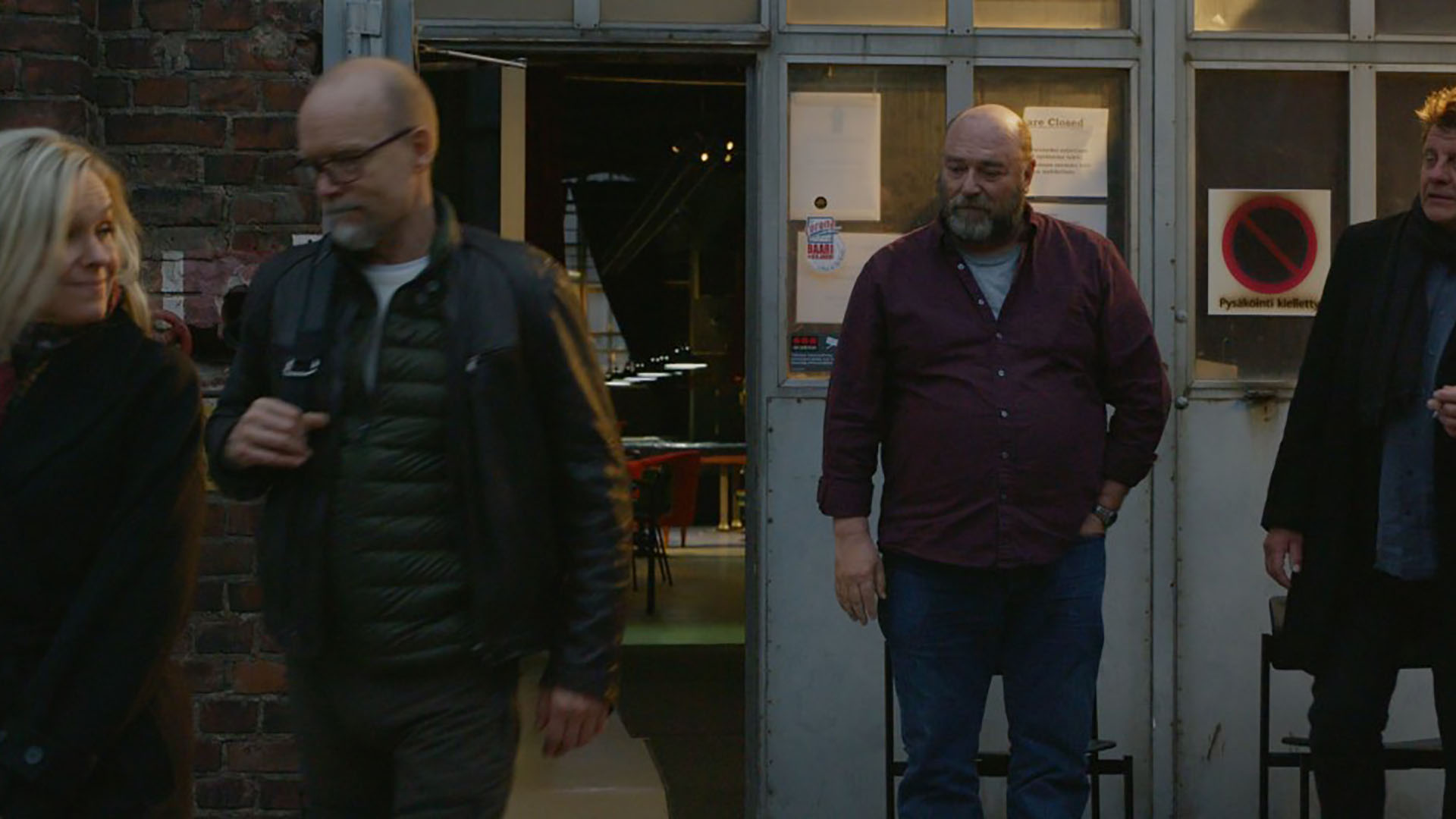 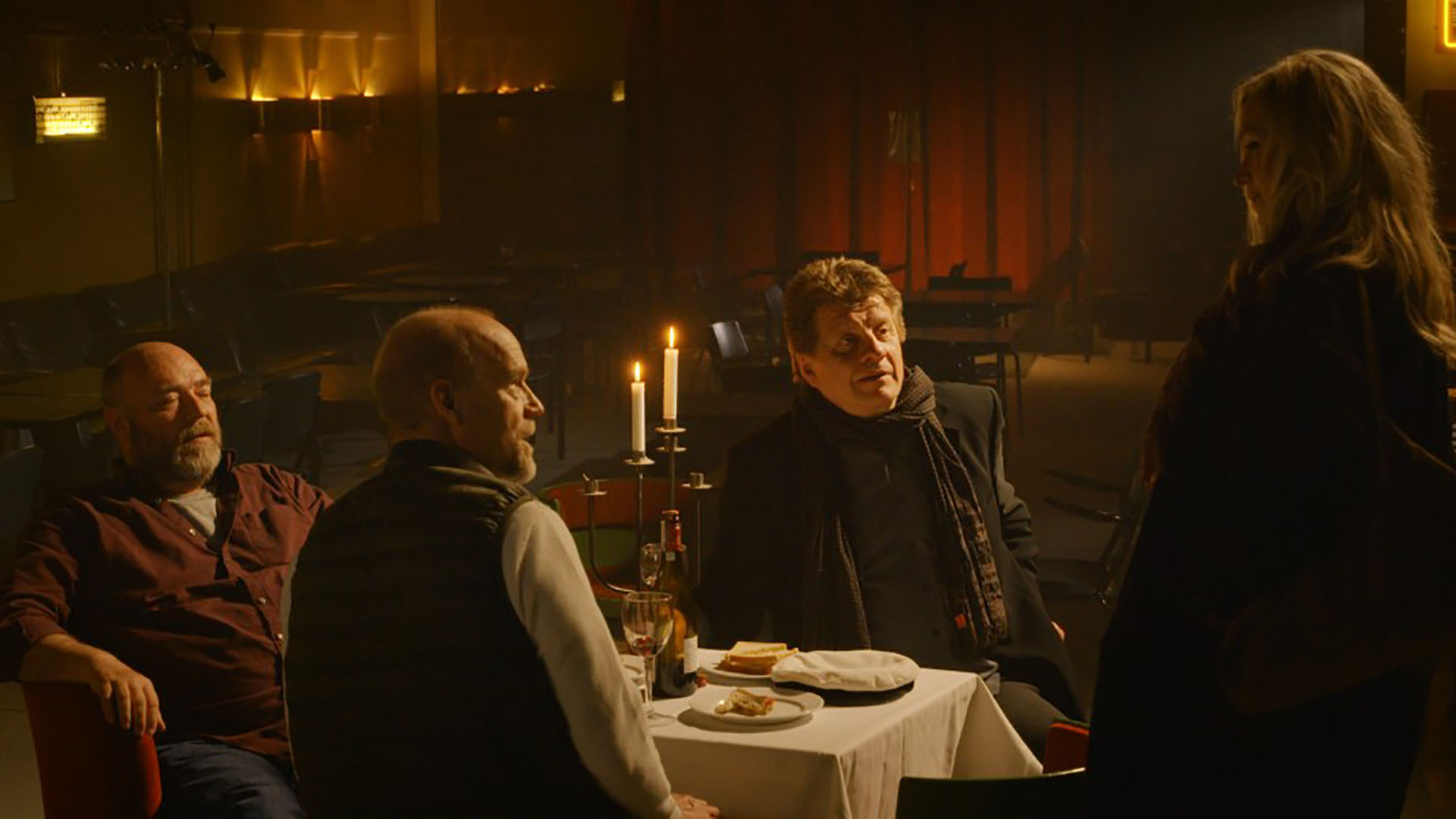 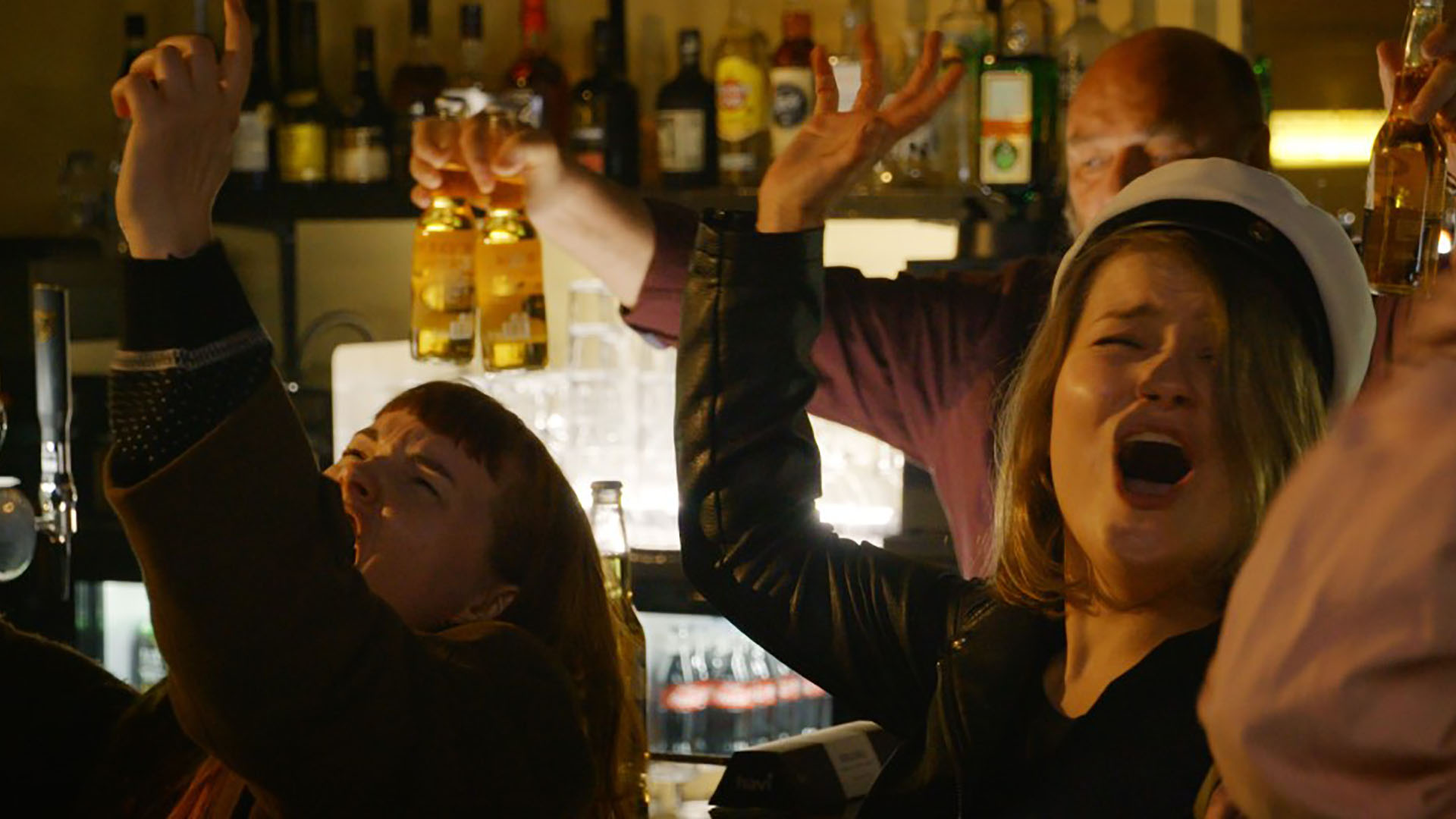 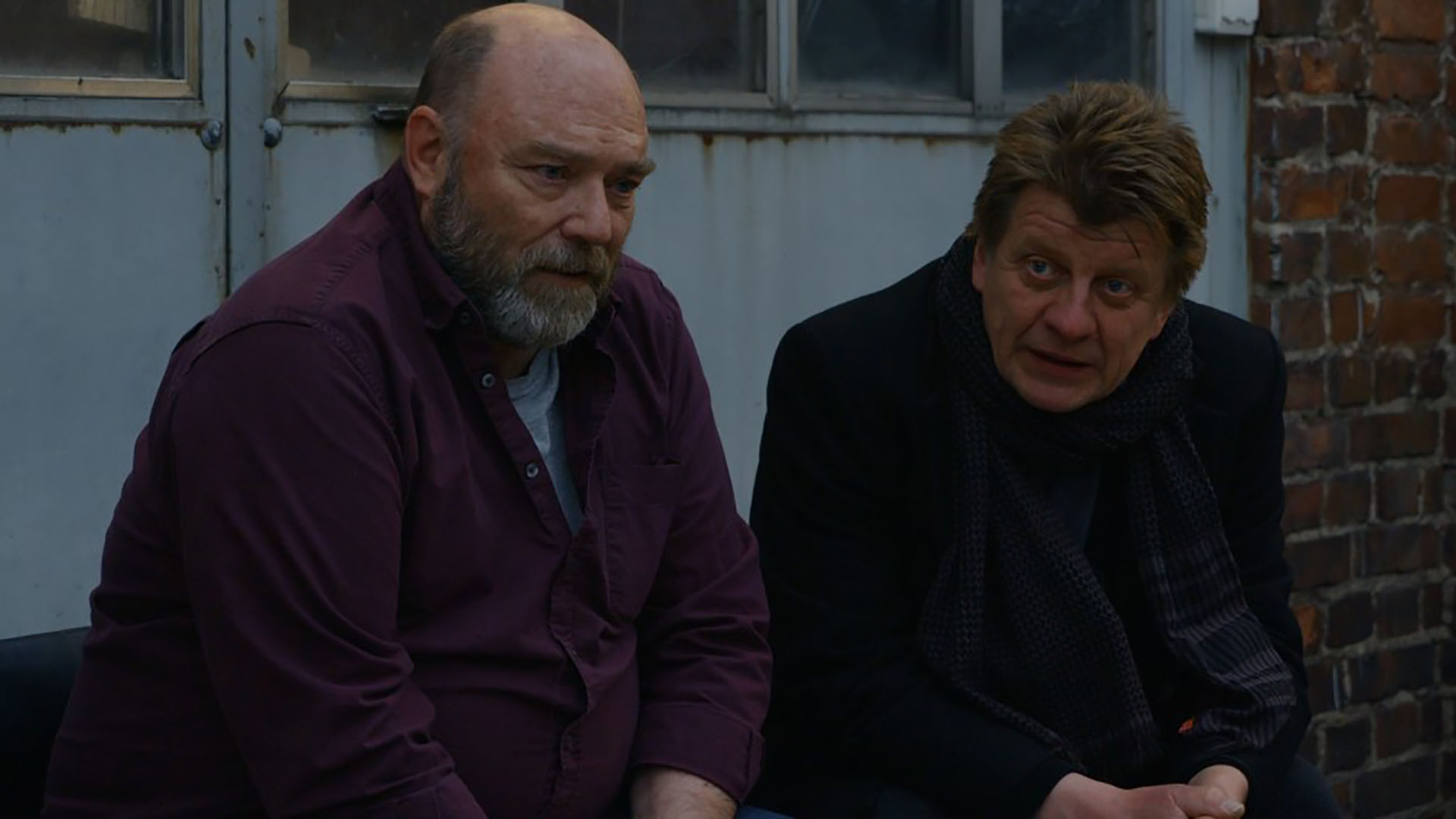 Mika Kaurismäki, who brought a new breathing and life to the Finnish film scene together with his brother Aki in the 1980s, has in his renowned quality again produced a film that is full of Nordic crispiness and authenticity. On a deserted Walpurgis Night that is devoid of people due to the corona virus, physician Risto manages to score some wine at a bar of his friend Heikki, in order to dilute his worries over a marriage crisis. The men’s cosy evening takes an unexpected turn when an uninvited guest pops in and refuses to leave. Juhani, who introduces himself as a social worker, seems to have a much larger burden to carry than the two friends’ heart troubles put together.

Kaurismäki does not see the corona situation as an obstacle to filmmaking, but takes it as a cool challenge – he has always preferred a small team and a small production. Using the same actors as in "Three Wise Men", Kaurismäki again boldly goes for improvised drama where the story is created without a script on the basis of the characters and unravels only in the course of making the film. The dynamics thus created between the actors and the sincerity of reactions make the film enjoyably authentic.

Directing with the improvisation technique entails the risk of the essence of the film being lost and therefore only true masters can afford it. "Gracious Night" proves yet again that Kaurismäki doubtlessly is a true master.